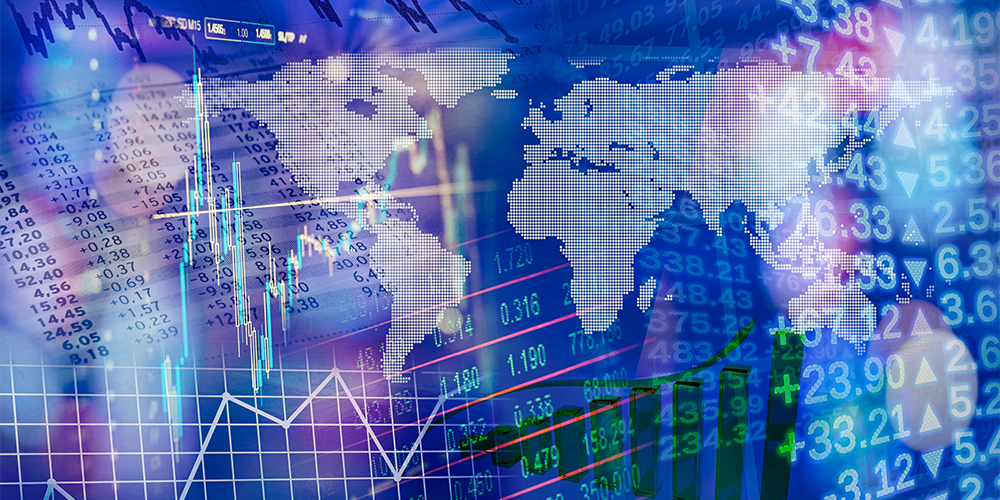 The UK’s tumult is in a league of its own. The new government’s bungling and the ensuing further collapse in sterling and surge in gilt yields is a critical unhinging factor, impoverishing UK citizens – as if the exit from the European Union were not enough! The statements made on 26 September surely did not thread the needle.

In the US, the Federal Reserve doubled down on its tough anti-inflation message last week. Amid persistent elevated core inflation, the Fed left no doubt it is now a single mandate central bank, that it will run the risk of a hard landing if needed to wring inflation out and that rates will remain higher for longer.

The Fed will not back off its restrictive monetary policy stance because of the dollar. The US is a closed economy, the dollar’s rise will reinforce the Fed’s anti-inflationary course and the widening current account deficit is easily financeable, especially given rising US yields. The US authorities will be concerned, though, by global market turmoil. That could become a constraint on the Fed’s restrictive monetary policy stance, either because it could be destabilising for the US or because the Fed – even if it accepts this responsibility reluctantly – is the de facto global lender of last resort.

Economic indicators for the euro area strongly point to recession as winter looms – especially in Germany – along with questions about the availability of energy. Increased sabre rattling in Moscow and Italy’s turn to the right compound nervousness. The European Central Bank is intent on talking a tough game, even though one might wonder how sustainable ‘normalisation’ is with the looming recession.

Chinese financial markets are roiled amid weak growth, housing woes and the pandemic. While the renminbi’s descent below Rmb7 per dollar largely reflects dollar strength, the authorities don’t want to risk a repeat of 2015-16 when a falling renminbi abetted a massive wave of capital outflow.

Japan’s Ministry of Finance is in angst over the yen’s decline against the dollar given popular discontent. But, notwithstanding its recent foreign exchange market intervention, yield curve control continues. Frankly, Japan’s growth and inflation outlook are relatively good.

Is anything to be done?

The most important signal to calm markets now could come from the UK, but it will have to do a much better job than it did on 26 September. The Bank of England could lift rates sharply at an emergency meeting or better signal that large rate hikes loom. The problem with a steep BoE hike, though, is that unsettled markets might see such action as a sign of despair and adding to the UK’s perceived fiscal woes. Given that the government’s energy and budget plans caused the market’s further collapse, the authorities must buttress any BoE action with a fiscal response. That could mean partly undoing measures the new government under Liz Truss just placed at the centre of its economic reform strategy. Waiting until November and issuing ponderous statements is a recipe for backfiring.

As for the rest of the G7, an array of unattractive options is available. Realistically there is not much to be done absent change in policy stances.

Authorities could simply sit back and see if markets calm down on their own, accepting that volatility is inevitable given differing cyclical and policy stances. This option, undoubtedly attractive to policy-makers, could however help perpetuate the risk-off environment.

Some G7 officials might engage in soft jawboning, seeking to soothe markets. Global markets are unlikely to turn until the Fed believes inflation is heading in an appropriate direction and markets perceive that a monetary policy downshift is in sight. The last Federal Open Market Committee meeting and dot plot make clear that is not now the case. However, it could be helpful for Treasury Secretary Janet Yellen and key Fed speakers, without raising expectations of follow-on action, to articulate that the US, while remaining fully committed to the fight against inflation, is closely monitoring global markets and concerned by erratic conditions. Other G7 officials could individually echo such sentiments.

A collective G7 statement, however, could raise expectations needlessly, for example, of concerted action that would fly in the face of fundamentals. Markets might ask the G7 to put its money where its mouth is and ask what it will do. Attention will be paid, though, to any G20 statement at its meeting in two weeks.

A chorus of analysts will again raise suggestions of a new Plaza Accord. This 1985 accord sought to lower the dollar’s value as part of a coordinated G5 agreement to rebalance global demand. There is no prospect of a Plaza-type initiative. The Fed is hardly going to orientate monetary policy towards an exchange rate objective, as opposed to its inflation fight. Japan isn’t backing off YCC. While central banks share information, they don’t coordinate unless a gun is held to their heads such as during the Covid-19 pandemic or the 2008-09 global financial crisis.