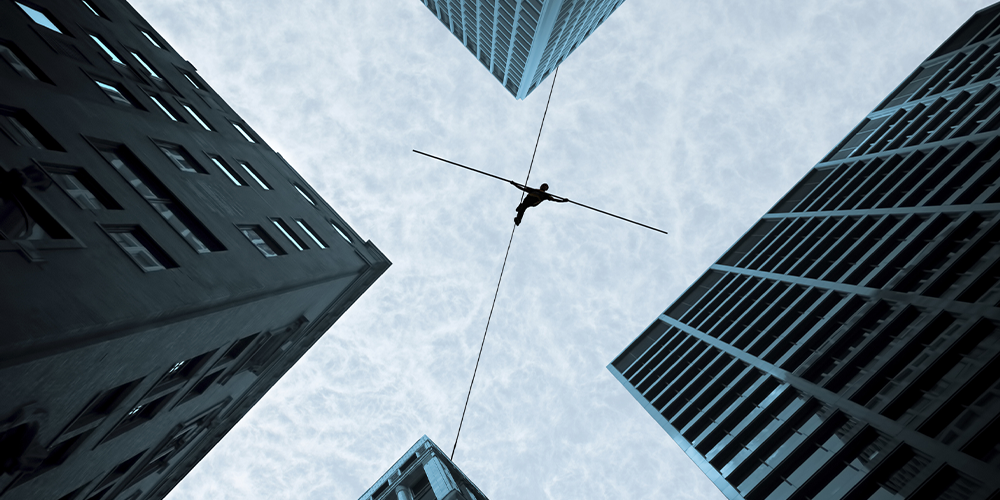 Fed will want to emulate Volcker, not Burns

The financial community has been abuzz over whether the Federal Reserve’s funds rate will be hiked by 50 or 75 basis points at the Federal Open Market Committee meeting on 20-21 September.

The markets’ assessment of the probabilities had swung back and forth amid heightened volatility, especially now that data dependence trumps forward guidance. A phalanx of Fed officials opined daily, as if the decision were a high-wire act akin to a Flying Wallenda traversing Niagara Falls. But given the latest communications from Chair Jerome Powell and Vice Chair Lael Brainard, it now seems almost certain the FOMC will opt for a 75bp hike.

But much of the fretting over whether the Fed would opt for 50 or 75bps has been seemingly overdone. After Jackson Hole, it is surprising that there were many doubts about a 75bp hike to begin with.

Undoubtedly, two-handed economists could put good arguments forward for going either way. On the one hand, headline inflation is coming down, influenced by steep declines in oil prices. Housing is slowing. There are few indications that higher prices are spilling over into second-round wage effects. Supply chain pressures are easing. Market measures of inflation expectations are anchored.

On the other, core prices remain elevated and could long prove sticky above target, in part reflecting demand-side forces for which monetary policy can provide effective redress. Labour markets remain strong, as evidenced by the August employment report, and third quarter economic activity looks solid. The ‘r’ word has disappeared from US public discourse.

Yet, a 25bp difference in the level of the FFR is hardly the alpha and omega for the US real economy, especially if the question is whether the Fed would hike by 75bps in September, versus 50bps now and the other 25 in November. A 75bp hike would bring the upper end of the FFR range to 3.25%, well short of the last dot plot’s indication that the FFR terminal rate is close to 4%.

Further, strategic positioning and credibility considerations for the Fed have clearly pointed to a solid case for a 75bp hike.

Most obviously, it would appear odd, if not incongruous, after Powell’s Jackson Hole resolute inflation-fighting speech, to opt for 50 over 75bps. That might give the appearance that Powell was not backing up his tough rhetoric with action and lacked the courage of his convictions. His speech was extremely forceful and his argument unambiguously underscored the need for using the Fed’s tools to ensure a protracted restrictive stance to bring inflation back down to 2% – ‘we must keep at it until the job is done.’ For those who would place greater weight on ‘maximum employment’, his response was also clear: strong labour markets are not sustainable without price stability.

The Jackson Hole speech also referenced the contrasting experiences of the 1970s and 1980s. The name ‘Volcker’ was admiringly used three times, but ‘Burns’ was not. When the history books are written, will Powell wish to be remembered as ‘Volcker-esque’ or ‘Burns-like’? That seems to be a no-brainer.

Many analysts project that a US recession may be around the corner in the next year or two. But fretting that the US was in a recession given negative gross domestic product prints in the first two quarters of 2022 has all but disappeared given positive gross domestic income and firm third-quarter data. It makes good sense for the Fed to hike faster now and strike while the iron is hot.

After the July FFR hike, markets interpreted Powell’s press conference statements in a dovish light, helping set off a stock market rally and a decline in bond yields. Financial conditions eased. Fed officials subsequently rowed back the market’s interpretation, and that easing has since been reversed, especially in the last few weeks. The FOMC should have little interest in a repetition of the July ‘misunderstanding’, let alone creating any appearance that it will be distracted from fighting inflation due to concerns over providing a ‘put’ for financial markets.

Of course, the impact of a hawkish 50bp hike on overall financial conditions could be little different from a more neutral 75bp. Regardless of its decision, the Fed will wish to double down on its recognition that how any September action is framed and communicated is just as important as the action itself.

Mercifully, the blackout period will soon start. The Fed will make its decision quickly enough. Then, Fed-speak will start up anew at full throttle in its own inscrutable, allegedly high-wire ways and analysts can pore over the unambiguous clarity of the dot plot.