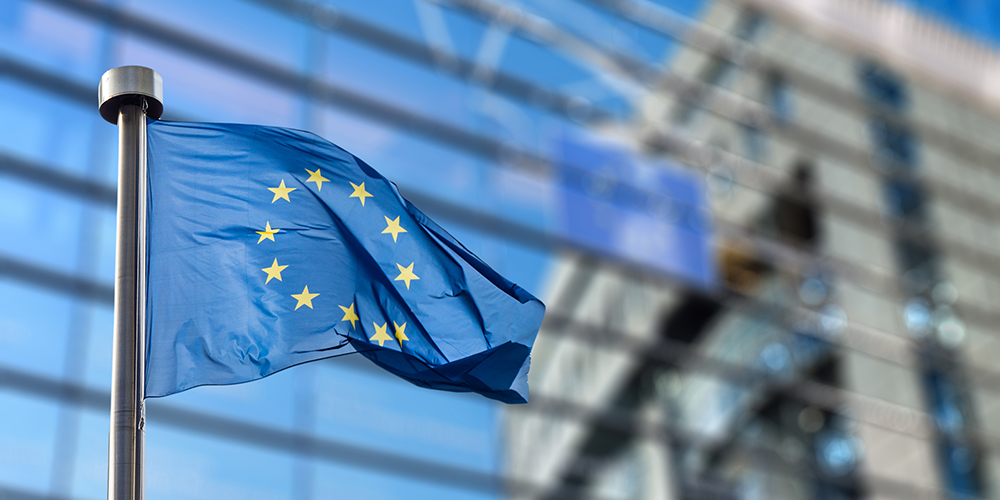 The European Central Bank’s shift towards monetary tightening and legal hurdles to its new anti-fragmentation tool spell problems for the single currency ahead of the 25 September Italian elections.

Isabel Schnabel, the board member leading the ECB’s shift to anti-inflation stringency, underlined the painful new reality dawning on the central bank in a landmark 27 August statement at the Jackson Hole conference.

Schnabel’s message in the US coincides with a growing likelihood that the ECB will decide against full risk-sharing in its ‘transmission protection instrument’. The measure announced on 21 July to counter centrifugal forces in the euro bloc may operate at less than full firepower because of strictures on the German Bundesbank from past legal rulings on ECB support programmes.

The TPI, conceived above all to help highly indebted Italy as interest rates rise in Europe and worldwide, cannot enter into force until legal details have been ironed out. Implementation specifics have not yet appeared in the European Union’s legal gazette, the Journal Officiel, nearly six weeks after the ECB announced the scheme. When the ECB launched its pandemic emergency purchase programme on 18 March 2020, the JO published the legal framework just six days later.

Doubts about TPI and qualms about worldwide monetary tightening help explain why the spread between 10-year German and Italian bonds has persisted at around 2.30 percentage points since 21 July, well above the 2-point level regarded by the Banca d’Italia as an upper limit. In mid February 2021 when Mario Draghi took over as Italian prime minister, and international bond yields were much lower, the spread was around 0.90 point.

Schnabel’s intervention – expressed in abridged form (because of its length) at the Federal Reserve Bank of Kansas City conference, but carried fully on the ECB website – achieved a greater surprise effect than a hawkish speech from Jerome Powell, Fed chairman.

Schnabel rounded off her year-long odyssey towards Bundesbank-style monetary orthodoxy by stating central banks ‘need to act forcefully’ to counter the ‘uncomfortably high’ likelihood and cost of entrenched inflation. Coupled with a powerful Jackson Hole statement by François Villeroy de Galhau, Banque de France governor, this indicates the ECB may consider raising interest rates by 0.75 percentage point rather than the expected 0.5 point at its 8 September meeting.

Schnabel departed from several ECB axioms by warning directly about waning public confidence in the central bank. As a result of the changed relationship between employment and inflation, lowering the rate of price rises, once entrenched, ‘potentially requires a deep contraction’. She backed a line taken since his inauguration in January by Joachim Nagel, Bundesbank president, warning that failure to act over elevated inflation could lower public trust in central bankers.

In May, Nagel told a conference organised by DZ BANK and OMFIF ‘Acting too late would necessitate a stronger reaction to rein in inflation… Monetary policy has to act before medium- to long-term inflation expectations show clear signs of de-anchoring.’

Christine Lagarde, the ECB president, was absent from Jackson Hole – which attracted 17 separate European central bank governors as well as a full complement from the Fed and many other parts of the world.

Schnabel said on 27 August policy-makers ‘should not pause at the first sign of a potential turn in inflationary pressures,’ adding that ‘if they abandon their fight against inflation prematurely, then we risk seeing a much sharper correction down the road if inflation becomes entrenched.’

This orthodox view stands in stark contrast to a speech in September 2021 when she said, ‘Inflation in the euro area, and also in Germany, is likely to ease noticeably next year… A premature monetary policy tightening in response to a temporary rise in inflation would choke the recovery and be most harmful to those who are already suffering from the current spike in inflation.’

In view of public worries about inflation, central banks and law-makers are scrutinising whether the entire Eurosystem, or individual central banks, will bear the risk of interventions in bond markets if TPI is implemented. This was a major question for Germany when the ECB decided to launch full-scale quantitative easing, after years of debate, in January 2015. This issue has dogged international central banking for decades, extending back to the foreign exchange crises that brought down the Bretton Woods system in the 1960s and 1970s and the flare-ups in 1992-93.

As Ignazio Angeloni and Daniel Gros wrote on 17 August, if the TPI is focused on protecting the monetary transmission mechanism, and related bond purchases are confined mainly to the short-term segment, then the costs and risks of such purchases should be shared. ‘This was intended to be the case for the OMT and is usual practice for all monetary policy-related operations.’ However as Nout Wellink, former president of De Nederlandsche Bank and a veteran of past ECB support operations, has said: ‘I don’t see a mutual risk-sharing decision gaining the approval of the German constitutional court. German institutions and citizens have to obey the court – and this includes the Bundesbank.’

The reasons for the negative views on risk-sharing now gaining ground lie in the ruling of the Karlsruhe court in 2016. This applied to the ECB’s existing (and never used) anti-fragmentation scheme, outright monetary transactions, unveiled in September 2012 after Draghi’s celebrated ‘whatever it takes’ message in July 2012.

Because of concerns that these financial liabilities might harm the German state budget, the court emphasised the need for the German parliament and government to fulfil its commitment to Integrationspflicht (duty of monitoring the ECB). In two of the most important clauses (193 and 194), the court warned that the OMT should not be used to circumvent conditionality of EU support programmes and had to be geared towards preserving price stability rather simply defending monetary union.

These apparently technical passages are politically controversial. The government expected to take office in Rome after the 25 September election, possibly under Giorgia Meloni, leader of the far-right Brothers of Italy party, would be deeply antagonistic to Brussels or Berlin laying down economic policy conditions. Influential voices in Berlin are however asking why Italy, under a new government, could not ask for an economic support programme that would open the way for OMT – pointing out that the idea stemmed from an Italian ECB president-turned-prime minister (Draghi) and was at the time opposed by Jens Weidmann, Nagel’s predecessor as Bundesbank president. All this is a harbinger of considerable tussles ahead.