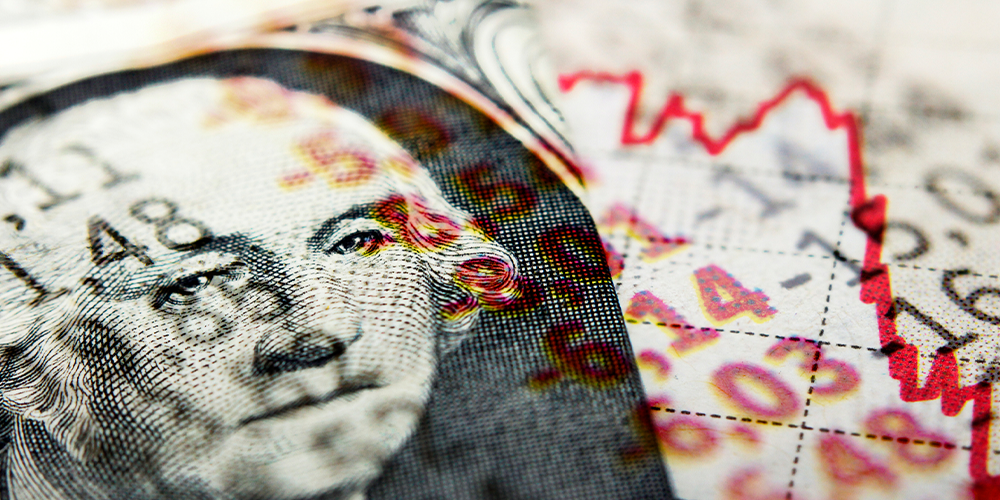 The US is wrapped up in a public debate about the ‘r’ word. In the aftermath of two consecutive quarters of negative growth, the question of whether the US has entered recession has become deeply politicised. Media outlets have, for their part, stoked this public debate.

First, the US is not in a recession right now. A US recession is only official when the National Bureau of Economic says one is taking place. There is nothing fundamental about the two quarters of negative growth rule as the measure of a downturn. There are also several confounding factors that make interpreting current data difficult, belying current advocates of using the ‘r’ word. Labour market and employment data remain solid, even if they are softening, and gross domestic income has been firmly stronger than gross domestic product data. GDP has been heavily impacted by volatile inventory and net export swings.

Second, the fixation on whether the US is now in recession misses the point. More critically, throughout the economy, there are unmistakable signs of slowing growth and these will grow in the months ahead.

Regardless of what the NBER ultimately decides, the primary question economists and policy-makers should be focused on is how bad such economic conditions might get. In other words, will the slowdown be deep or shallow? The answer isn’t clear and is heavily debated.

For example, already higher interest rates are cooling the construction industry, but the question is how deeply? Larry Summers, former secretary of the US Treasury, and Olivier Blanchard, senior fellow at the Peterson Institute for International Economics, argue that unemployment must rise sharply if inflation is to cool, while Federal Reserve Board of Governors member Christopher Waller has put forth arguments that a soft landing is feasible on the basis of decreasing vacancies. Exogenous events will play a role too: Will oil prices continue to fall? Will China face more lockdowns? How deep could a looming European recession become?

Third, against this background, all eyes should be on what policy-makers do and the course of monetary and fiscal policy.

On the monetary policy front, the Federal Reserve must continue to increase interest rates to combat inflation. Yet, the Fed is in uncharted waters, as indicated by its renewed emphasis on data and stepping back from forward guidance. Payroll gains continue to outpace expectations. Inflation has been consistently higher than expected, even if many see it as peaking. Headline figures, especially given declining oil prices, will come down, but higher core prices are showing signs of stubbornness. It’s unclear even if inflation comes down whether it will plateau at high lower levels or revert towards 2%. Nor is it entirely clear how much inflation is supply or demand driven. Many economists believe that the market’s outlook for the rate path is woefully understated. Answers to these issues will shape the future rate path and heavily impact the shallowness or depth of any downturn. The Fed may need to be aggressive.

If the economic slowing is deep, Congress could in principle use fiscal policy to support demand and, in particular, respond by pre-emptively dedicating a carefully designed and targeted package of aid to America’s most vulnerable. Safeguarding the country’s most exposed individuals from economic pain that appears increasingly likely should be an important job for Congress. There are signals that certain demographics of US citizens are already struggling. Poverty rates are growing (including an 8.9 percentage point increase for child poverty from March to June); total household debt increased by 2% to a record $16.2tn, driven by credit card and auto debt; two-thirds of Americans live pay check to pay check; 22% of Americans are underemployed; 63% of Americans could not afford an unexpected $500 emergency expense; 40% have trouble paying for food, medical care, housing and other utilities; and homeless shelters have seen their waiting lists double or triple.

Of course, the trends of savings/debt inequity, stagnant real wages and broader inequality were at work long before this current slowdown. Yet this vulnerability partly explains why inflation and real interest rate growth, which have eaten away at millions of Americans’ incomes, have helped add to the slowdown of consumption and overall economic activity. As labour demand too continues to slow — and it will — these trends are likely to worsen.

Targeted fiscal support, especially if financed, is not incompatible with the Fed’s goals and would allow the US to simultaneously combat inflation while also protecting those vulnerable people who stand to experience intolerable damage to their livelihoods amid a downturn. Of course, the details of such a policy are crucial. This approach would be in line with the economic theory and evidence that suggests countries that preserve a strong safety net amid a downturn are more resilient in the face of recession.

Unfortunately, one cannot be optimistic about the emergence of such a fiscal response. The chief blockage to implementing such a policy is political. Eyes are focused on the deficit. Raising revenues or cutting expenditure to allow better social spending is hardly on the Congressional agenda. After the Covid-transfers, there is little will in Congress to pass legislation offering more aid to households. Moreover, with mid-term elections around the corner, the Biden administration’s capacity to legislate with an already-slim majority is likely to vanish, as it did for President Barack Obama after 2010. These political blockages are a shame.

The focus on pinning a label on whether the US is now in a recession is the wrong question. Economists are increasingly debating how painful a downturn must be to cut inflation. Public attention would be better spent focused on debating the policy actions and choices that can best ward against such pain and protect America’s most vulnerable, as the Fed does its job.

Julian Jacobs is economist and Mark Sobel is US chairman, OMFIF.