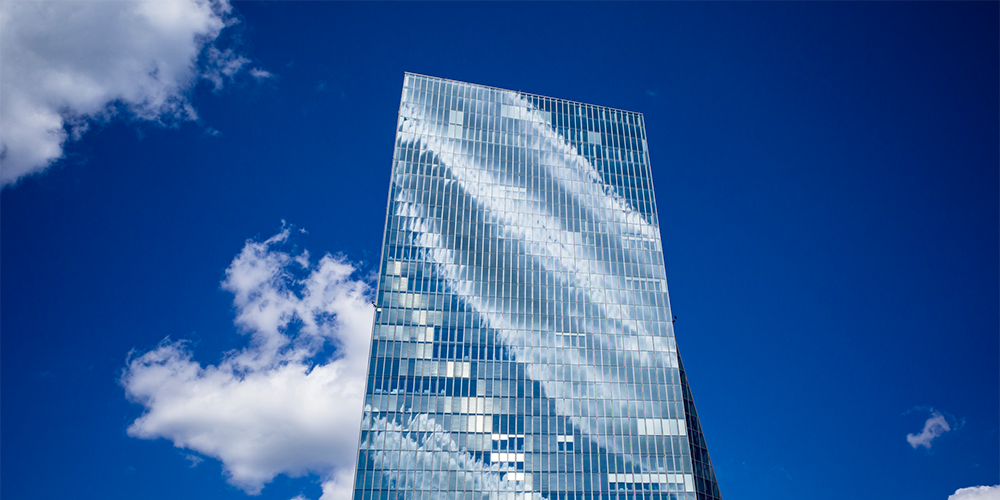 The European Central Bank’s 0.75 percentage point rate increase without any further moves on its vaunted anti-fragmentation instrument confirms how the hawkish faction on the governing council has gained the upper hand.

In its 8 September decision to raise key interest rates in the biggest jump since 1999, the ECB is making up for lost time in monetary tightening to offset much higher-than-expected inflation. It is maintaining a new commitment to prevent the euro from further weakening against the dollar, increasingly regarded as an unhelpful inflation accelerant.

Having been slower than the US Federal Reserve and Bank of England in withdrawing stimulus, the ECB is still running its key deposit rate – around -8% in real terms – in deep negative territory. This helps explain why the ECB has stepped up rhetoric on more interest rate increases ahead, justified by new forecasts pointing to less growth and more inflation than the ECB expected in July.

The ECB is treading a narrow line between giving more information on its transmission protection instrument and disappointing markets with probable revelations that the TPI will be far less helpful to indebted countries than originally expected. A final decision on ‘risk-sharing’ between the ECB and national central banks for prospective TPI bond-buying has not yet been made, but it is expected to be minimal.

This reflects concern at the highest levels of some influential NCBs as well as national governments about the constraints placed by the German constitutional court on further bond purchases to shore up the credit rating of individual states. The outcome is an uneasy lull ahead of 25 September elections in Italy, widely expected to result in a new right-of-centre government in Rome voicing antagonism to European monetary and financial orthodoxy.

The governing council has declined to take up a proposal by some of its members to put quantitative tightening (reducing its balance sheet through non-redemption of bonds falling due, or outright bond sales) on to the agenda. A commitment to starting QT could have been a means of keeping the latest interest rate increase to 0.5 percentage point rather than the 0.75 point eventually agreed. Without any indication that it is seriously considering QT, the ECB felt empowered to go full speed with the higher rate increase. This option looked a key possibility following the tightening onus displayed by Isabel Schnabel, ECB board member responsible for monetary operations, in her Jackson Hole speech on 27 August.

Other incentives to go ‘hard’ – expostulated by Christine Lagarde, ECB president, in her frequently employed ‘front-end loading’ language – include using the rate window now to avoid exacerbating the pain in the northern hemisphere winter. Tentativeness about pulling on the other monetary lever of QT is manifest in the worries about still-wide spreads of Italian against German bonds, which have been stable in the last few days at just below 2.30 percentage points.

The ECB has now stopped its net purchases of bonds under the pandemic emergency purchase programme and the asset purchase programme. But fragmentation risk and disparate national interests suggest only ‘baby steps’ on QT in coming months. Flexibility on PEPP reinvestments as well as the new TPI (when it is ultimately unveiled) are seen as the means of trying to manage the strains of a monetary union short on economic union.

The ECB council underlined on 8 September that it ‘expects to raise interest rates further, because inflation remains far too high and is likely to stay above target for an extended period. Price pressures have continued to strengthen and broaden across the economy and inflation may rise further in the near term… ECB staff have significantly revised up their inflation projections and inflation is now expected to average 8.1% in 2022, 5.5% in 2023 and 2.3% in 2024.’