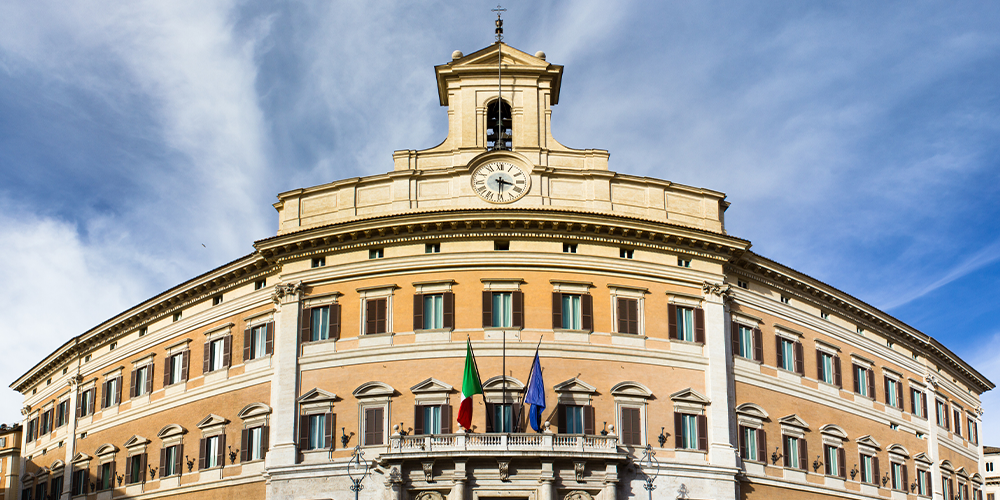 Likely PM, tussling with rising interest rates, may have to call on ECB’s transmission instrument

The prime test for Giorgia Meloni – who after the 25 September elections is likely to lead Italy’s next government – is whether she can maintain Mario Draghi’s steady implementation of the country’s European recovery programme.

She will also be under heavy pressure, particularly from the US, to maintain the cohesion of the G7 group of leading industrial nations in the alliance against Russia over the Ukrainian war.

Under the 19-month premiership of Draghi, former president of the European Central Bank, Italy has fared better economically than many other western countries. The election outcome has added to the country’s many risks.

Meloni, on course to become Italy’s first female prime minister, was in government only once, as youth minister, 10 years ago. She has built up her Brothers of Italy to 26% of the vote on 25 September – making it by far the biggest party in the slimmed-down Italian parliament – against only 4.3% in the 2018 general election.

Meloni in recent months has toned down her nationalist rhetoric. She backed, as an opposition leader, the Draghi government’s actions supporting Ukraine and strengthening the Atlantic alliance and the EU. She has taken a pragmatic line on the budget, in contrast to her right-wing allies promising high tax cuts and heavy spending.

Expectations of investment flows of more than €200bn from the ‘national plan for recovery and resilience’ – part of the Next Generation EU programme – underpinned the Draghi government until his coalition collapsed in July.

The positive effect has dissipated, accompanied by a massive increase in borrowing costs and higher spreads between 10-year Italian and German government bonds over the past two months. Ominously, the spread rose to 2.4 percentage points on 26 September, well above the two point gap that the Banca d’Italia regards as the maximum consistent with Italy’s fundamental economic position.

Meloni must now shore up confidence on international financial markets while balancing election commitments to ‘Italy-first’ policies with continued adherence to reforms needed to ensure NPRR payments. In her first comments after her victory she declared, ‘The situation which Italy and the EU face requires the contribution of all the forces of our country.’

Modest ECB intervention to control spreads – through reinvesting small parts of its €5tn bond portfolio into Italian securities – may now have to be buttressed by heavyweight purchases under its new, untried transmission protection instrument.

Meloni’s coalition with right-wing allies – Matteo Salvini’s League (around 9% of the vote) and Silvio Berlusconi’s Forza Italia (around 8%) – faces conflicts in national and international matters, jeopardising government stability. The government is likely to increase state intervention, particularly to protect the country’s strategic interests. It will probably slow liberalisation of markets of goods and especially of services, which could hinder implementation of NGEU-conforming reforms.

The traditional aims of EU integration are needed more than ever at a time of crisis over inflation, energy costs and the Ukraine war. But they are countermanded by successes of nationalistic parties prioritising national rather than European sovereignty.

Meloni’s election breakthrough comes at a time when the Italian economy is doing better than expected. After years of the lowest growth rates in Europe, Italy showed second quarter year-on-year growth of 4.7%, more than France (4.2%), Germany (1.5%) and the US (1.7%), well above the 3.9% euro area average. In June, employment rose to 60.4% of the working population, the highest since 1977, and the unemployment rate fell to 7.9%, the lowest since 2009.

Beneficial factors aiding Meloni’s first months in power include a strong recovery of exports and a restructured and relatively large manufacturing industry (second in Europe and seventh in the world). Post-pandemic booms in tourism and in construction – thanks to government incentives for renovation and energy efficiency – have added to the positive picture.

Public financial instruments to support the liquidity of enterprises, such as guarantees, postponement of tax payments and credit moratoriums, have boosted the corporate environment. A restructured and recapitalised banking system, given the context of relatively low household and business debt (in contrast to public debt), has helped growth.

However, large problems remain, led by the effect on public debt of the big increases in European and international interest rates. The strong influence of corporations and vested interests hindering services liberalisation and other structural reforms, and Italy’s undersized and lowly capitalised small and medium business sectors, are important handicaps. Added to this are stagnant productivity, a slow and unpredictable justice system, heavy bureaucracy and an aging population caused by a poor birth rate.

Thanks to higher growth and inflation, the Italian debt to gross domestic product ratio, after the 2020 peak of 155.6%, is falling rapidly, by an estimated at 4-5 percentage points a year. In the first half of 2022, the public sector borrowing requirement was half that of the first six months of 2021.

However, factors favouring the post-pandemic recovery have now faded, especially with the reversal of accommodative monetary policy. The general escape clause of the EU’s stability pact will not be further extended after 2023. Global stagflation and higher energy prices will penalise Italy’s export-orientated economy. Many companies face serious bottlenecks in accessing raw materials, components and qualified workers.

Given the size of her party’s support compared with that of her right-wing allies, Meloni will have more freedom than expected to impose her will on the forthcoming governing coalition. Given the tasks ahead, the big question is whether she will set aside ideological prejudices and decide in favour of pro-EU pragmatism. The next few months will show whether this is a reasonable hope or wishful thinking. Our expectation is that she will take the former course.

Franco Bassanini is former Minister of Public Administration and Regional Affairs in governments led by Romano Prodi, Massimo D’Alema and Giuliano Amato. He is former Chairman of Cassa Depositi e Prestiti. Edoardo Reviglio is Professor of Economics at Luiss Guido Carlo in Rome. Both are members of the OMFIF Advisory Board.