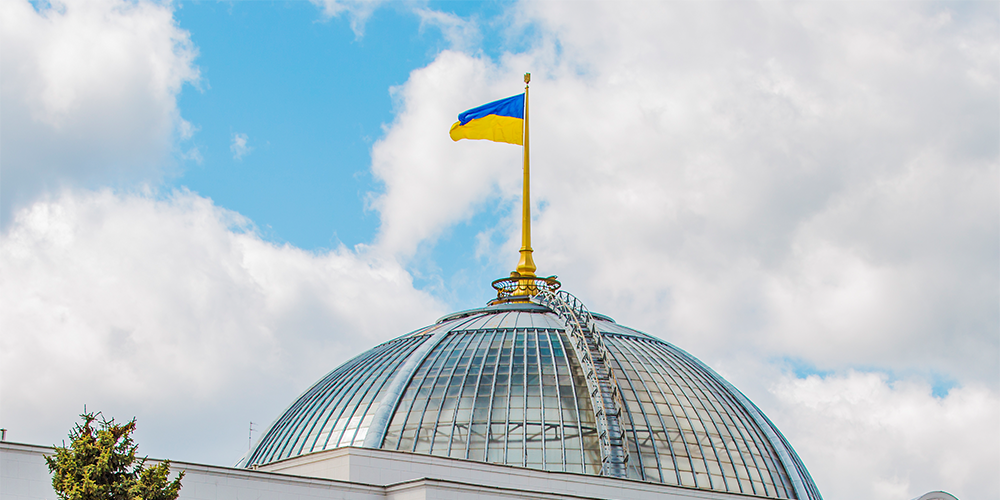 Don’t get pigeonholed by naysayers

Debates are emerging about what role the International Monetary Fund should play in Ukraine amid Russia’s barbaric invasion. Ukrainian officials have stated publicly they want the IMF’s support. Naysayers abound, understandably concerned about risks. But the IMF has ample scope to move forward, consistent with its mandate. It needs to be bold and act now.

Some analysts are sceptical about IMF involvement in Ukraine at this time. Former senior IMF officials are concerned about the Fund appearing overly sympathetic to the West. Others worry about debt sustainability even if there is a small programme. Some fret how the Fund would be repaid if Russia were to win, while others worry about violating Fund rules and precedents. In ‘Macroeconomic Policies for Wartime Ukraine’, the Centre for Economic Policy Research lays out in effect the case for why the Fund could play a critical role, yet curiously observes in a footnote that ‘further funding via a “normal IMF” programme is not in the cards.’

A war-besieged Ukraine undoubtedly poses nettlesome issues for the IMF’s traditional operations. That reality cannot be minimised. But a sound case can be made for IMF involvement, consistent with the Fund’s mandate and procedures.

Ukraine’s macroeconomic stewards have worked well with the IMF in recent years. Particularly between 2015-18, Ukraine made progress with IMF support in stabilising its economy – reining in budget deficits, strengthening the central bank and cleansing its banking system. Many gains have been carried forward, though erosion has been evident. Despite international pressure, far less progress has been made on fighting corruption, expunging oligarchic influences and solidifying institutions.

Fighting for survival, Ukraine now seeks to carry out basic functions such as paying troops and pensioners. It needs $5bn monthly to do so. The government seeks to limit money printing and instead mobilise domestic and external financing to avoid out of control inflation. Already, inflation has risen significantly and the currency has been devalued by 25%.

Against this background, the IMF should support Ukraine through its traditional role of bringing together country macroeconomic reforms and financing into a sustainable plan.

On the macroeconomic front, Ukraine still retains control over the vast bulk of its lands and the ability to raise revenue as best as possible, while managing expenditures. The CEPR report offers many good thoughts on macroeconomic reforms Ukraine could pursue, even amid the war. Some argue Ukraine’s inability to control all of its lands means it shouldn’t have a Fund programme. But the country’s ability to control and tax Crimea and the Donbas were compromised years ago and the Fund still went forward with programmes delivering semi-decent results. Ukraine also faces a daunting structural reform agenda. Some actions are feasible in the shorter term, consistent with efforts to advance towards European Union membership.

The US, EU and other donors have pledged substantial financial support. The US has been delivering. Pledged EU support has been held up. The US and EU well know that, given the war’s protracted nature, more support will be needed even before longer-term questions about financing reconstruction are tackled.

Ukraine needs debt relief to ease its financing burdens. Already the Paris club has frozen Ukrainian debt service payments through end-2023 and bondholders have agreed to do so for the next two years.

The IMF touts itself as a catalyst, the world’s leading institution for promoting reforms and organising country financing. An outstanding example of the Fund’s catalytic role was IMF support for Ukraine in 2015, when it extended a $17.5bn multi-year programme leveraging a $40bn package, including US and EU support and debt relief.

To play a catalytic role now, the Fund needs to have skin in the game. It has long been involved in countries facing conflict with associated political uncertainties. A traditional programme such as a standby, even one that stretches precedents, seems consistent with the IMF’s mandate. The Fund might understandably be wary of breaking its exceptional access ceilings, but even that doesn’t preclude a traditional programme which can fulfill the Fund’s catalytic function. Further, the Fund needs to contribute financing to avoid US/EU donor resources financing forthcoming Ukrainian repayments to the IMF.

If the Fund seeks to move forward with some new form of support – not a ‘normal programme’ per CEPR – there should still be money on the table and the catalytic signal as strong as under a typical programme (such as standby/extended). Regardless, the Fund would be well within its rights to seek assurances from major donors that they will back and respect the IMF’s preferred creditor status.

The heart of the Fund’s raison d’être is its role as first responder to severe systemic global economic crises and stresses. When such events have arisen, the Fund has always stepped forward, adhering to its mandate. This was evident in the Latin debt crises of the 1980s, the collapse of the Iron Curtain and breakup of the USSR, the Asia crisis, the 2008-09 financial crisis and Covid-19.

With the global order being shaken by Russia’s heinous invasion, higher energy and cereal prices and corrosive inflation and hardship throughout the world, the time has come again. The Fund should boldly step up. It cannot be missing in action.