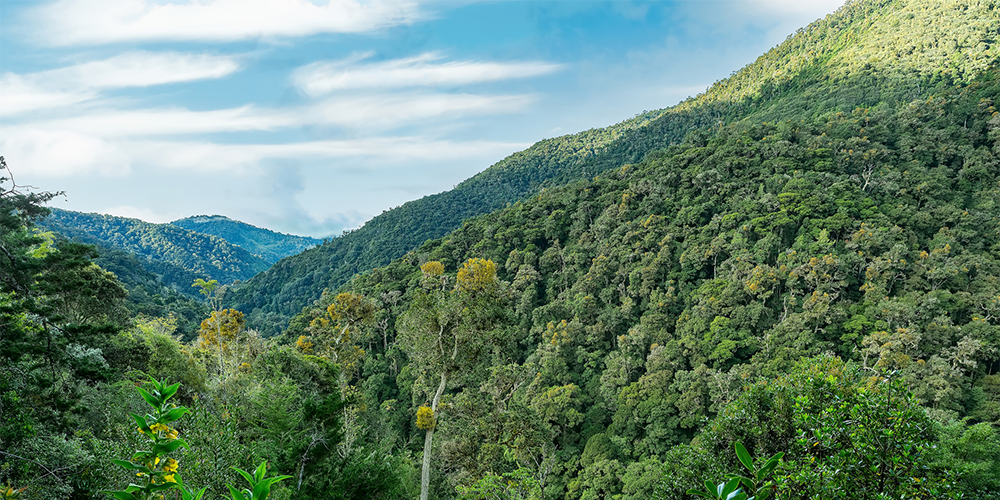 There is increasing interest in green, social and sustainable bond issuance among sovereigns in Latin America. But, unlike their European counterparts, the region is not gravitating towards a single taxonomy.

Since Colombia launched the region’s first green taxonomy in April 2022, a host of other Latin American countries have announced that they are working on creating their own including Brazil, Chile and Mexico.

Experts often say the lack of a universal taxonomy in defining what is ‘green’ is a hurdle to developing a GSS bond market. But that is not case in Latin America. While a universal green taxonomy in the region would certainly be helpful for investors, it would not work for the issuers. Many Latin American countries have their own objectives when it comes to GSS issuance. These were key themes at an OMFIF workshop on 20 September, where funding officials from debt management offices and investors shared their knowledge and best practices for GSS issuance in Latin America.

In Brazil, there is a greater focus on the social rather than green element. As a result, Brazil is likely to launch a sustainability bond framework, similar to Mexico’s sustainable development goals structure, rather than a classic green framework. This will give it the flexibility to issue social bonds alongside green bonds. Brazil is likely to end up issuing more social bonds than green in any case, given that there is a bigger budget for social policies rather than for green ones. In fact, Latin America has been leading the way among sovereigns for social bond issuance since Ecuador issued the world’s first sovereign social bond in 2020.

Some market participants say that a Brazilian green bond would raise ‘greenwashing’ concerns, given Brazil has failed to make progress on its deforestation commitments in relation to the Amazon rainforest. There is also the question of whether Brazil even needs to issue labelled bonds since it rarely uses the international debt capital markets.

Brazil is not the only Latin American sovereign looking to make its debut in the GSS bond market in the near future. Costa Rica and the Dominican Republic are expected to issue sustainable bonds, while Guatemala and Colombia are looking to add green and gender bonds to their GSS issuance. Meanwhile, Uruguay published a sustainability-linked bond framework, following Chile which became the first sovereign in the world to issue an SLB bond earlier this year.

However, market conditions are not ideal, even for debut GSS issuance. There has been a drop in issuance volumes of debt by both developed and emerging markets. This was due to the macro environment; volatility will carry into next year too. Issuers are therefore being urged by debt capital market officials to pick and choose windows wisely and frontload their issuance to the beginning of 2023, rather than waiting for later in the year.

Central and Eastern Europe is also pressing on with issuing GSS bonds. Last year, Latvia, Serbia and Slovenia issued their first GSS bonds. Meanwhile, in May, Austria issued a debut green bond with a €4bn trade, maturing in 2049. Other CEE sovereigns are expected to follow, including Romania, which is working on building a framework for issuing green or sustainable bonds. That deal is likely to come to the market in 2023. Romania’s entry into the green bond market is well overdue, considering it is the biggest issuer in the international debt capital markets among CEE sovereigns.

As other recent GSS sovereign issuers in the CEE region have done, Romania is likely to adopt the International Capital Market Association’s green bond principles and sustainability bond guidelines, the international market standards for green and sustainable bonds. The framework is also likely to be aligned with the European Union’s taxonomy, with regard to the definition of green categories.

Senior debt capital market officials say that GSS issuance has been a focus for CEE sovereigns and that they would have made more progress had it not been for the conflict in Ukraine. The priority this year has been to simply get core funding done. Sovereigns have had to carefully navigate volatility when bringing bonds to market. They are also having to diversify their issuance, increasingly looking at Asian currencies as additional sources of liquidity and private placements.

Issuance of GSS bonds reached $418bn in the first half of 2022, down by 27% compared to the same period in 2021, according to the Climate Bonds Initiative. However, there were signs of a revival in the second quarter, with green issuance increasing by 25% compared to the previous quarter.