Inflation fighting could leave Bank of England at odds with Treasury 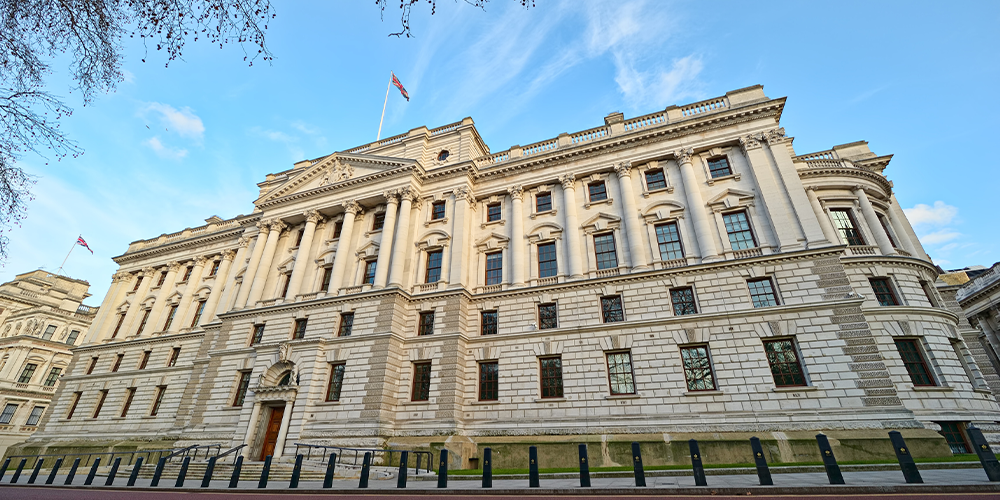 For the first time since gaining independence 25 years ago, the Bank of England faces high inflation. Simultaneously a new ministerial team seems intent on loosening fiscal policy. In the last 50 years there were three significant peaks in inflation before the current rise. How do these compare with today’s circumstances and are there lessons to be learned from the past?

Before the OPEC oil price shock in 1973, the UK was already experiencing domestically generated inflation. The government under Edward Heath began a series of unsuccessful voluntary and statutory incomes policies which attempted to control inflation without adequate tightening of macroeconomic policy. No.10 Downing Street exerted a harmful degree of domination over the Treasury that resulted in excessive fiscal expansion to stimulate growth, especially in the 1972 budget.

After the oil price hike in 1973, inflation rose further and exceeded 25% by the second half of 1975. The Labour government and its senior officials were reluctant to tighten policy sufficiently through fiscal means or higher interest rates. In his study of the 1976 International Monetary Fund crisis, then Treasury Permanent Secretary Douglas Wass said, ‘The government in general, and the Treasury in particular, did not see interest rate policy other than as a supplementary tool in the management of the economy.’ This view, which today would render the Monetary Policy Committee and its manipulation of interest rates redundant, was widely shared by many Keynesians in the Treasury and the Bank of England until the early 1980s. They preferred direct intervention through controls on foreign exchange transactions or banks’ balance sheets.

Developments in financial markets brought about change. The UK had survived without tightening as much as most developed economies, albeit with inflation that remained above 10% for most of the 1970s. In 1976 the exchange rate began to fall sharply and at times uncontrollably. It became difficult for the government to borrow in sterling or foreign currency, hence recourse to the IMF in mid-1976.

The prime focus with the IMF in the agreed letter of intent was on fiscal tightening, though there were other measures and commitments to control monetary growth. But there had been no fundamental change of heart by the government and senior officials, who placed excessive hope in incomes policies to control inflation without serious moves to tighten fiscal or monetary policy sufficiently.

The Conservative government in 1979 arrived when the second oil price shock and domestic pressures, notably the final collapse of incomes policies in the ‘winter of discontent’, were leading to rising retail price index inflation which peaked at over 20% in the spring of 1980.

Despite the opposition of some senior Treasury and Bank of England officials, ministers embarked on a drastic tightening of monetary policy through higher interest rates. The old controls on banks’ balance sheets and foreign exchange were abolished. Ministers also attempted to tighten fiscal policy, which proved more difficult. Conservative ministers were reluctant to see their own departments’ budgets cut and the onset of recession reduced tax receipts and raised social security expenditure. Finally, high pay awards by the Labour government in its final months to public sector workers following the Clegg Commission in 1979 were maintained by the incoming government. The full effect of this on public expenditure was had in the second year of the new government. The outcome was a significant rise in interest rates leading to a strengthening of the exchange rate while public sector borrowing did not fall as intended.

Assessment of the post-1979 change of policy regime was made more complicated by the emphasis on monetary targets. This experiment started under the Labour government and was emphasised even more by the Conservative government from 1979. It was effectively over by the mid-1980s when Chancellor Nigel Lawson turned to a stable exchange rate through European exchange rate mechanism membership as the potential ‘anchor’ for macroeconomic policy. Adherence to monetary targets probably led to excessive monetary policy tightening in the first years of Margaret Thatcher’s government. However, it is difficult to see how inflation could have been reduced from the high average rate of the 1970s without a period of macroeconomic tightening.

The rise in inflation in the late 1980s was domestically generated with no exacerbating rise in world fuel prices. This inflationary spike occurred while there was a heated dispute within government on whether to aim for exchange rate stability within the ERM of the European Monetary System. This probably delayed the policy reaction. When during 1988 the full extent of the UK’s output spurt, the deterioration in the balance of payments and the likely rise in inflation became apparent, monetary tightening began. In contrast to 1979 there were no serious differences between ministers and Bank and Treasury officials on the monetary measures, and initially there was no accompanying tightening of fiscal policy.

Governments are unlikely to repeat the mistakes of trying to control inflation through incomes policies as in the 1970s, monetary targets in the early 1980s or a fixed exchange rate in the early 1990s.

There are significant differences between the UK economy in the 1970s and the 2020s. But the experience in the mid-1970s represents a warning of the potential consequences when inflation is high of delaying macroeconomic tightening, particularly in fiscal policy. Once markets lose confidence in a currency and government debt it can be painful restoring it.

Finally, policy should be set in the most rational way and based on analysis. There has been a baneful tendency to adopt simplistic solutions and to criticise or sideline professionals. Chancellor Denis Healey railed against forecasters saying that he would like to do to their reputation ‘what the Boston Strangler did for door-to-door salesmen.’ A less abrasive form of the same sentiment was heard from ministers in the 1980s with the claim that decisions were not based on forecasts. Such attitudes are not impressive in retrospect. Future tax and expenditure decisions should take full account of all available expertise, especially that of the Office of Budget Responsibility.

Peter Sedgwick was a senior Treasury official, a Vice President of the European Investment Bank 2000-06, Chair of 3i Infrastructure PLC 2007-15 and Chair of the Guernsey Financial Stability Committee 2016-19.