Options for Truss to preserve the Bank of England’s independence 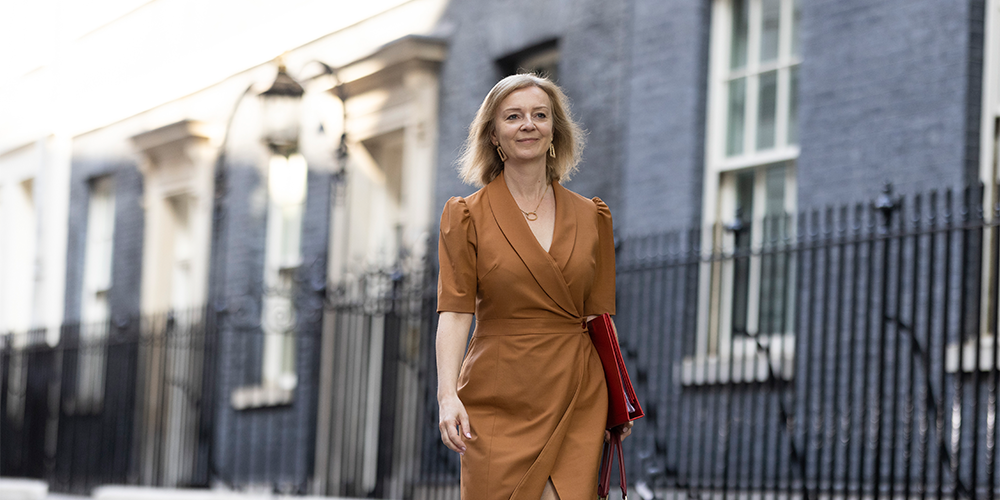 Time for a review, but not a retreat to the dark days

Liz Truss, front runner to become the UK’s next prime minister on 6 September, is advocating a review of the Bank of England’s independence at a time when the pound is already under pressure. High inflation, still loose monetary policy (real Bank rate is under minus 8%), a widening current account deficit and high debt mean the pound was always a likely pressure release for building political risk and further fiscal expansion.

OMFIF estimates suggest that, since 2000, based on real-rate and cyclically-adjusted fiscal shifts, the UK has carried out a greater net loosening of macro policy than any other major country. And, given the inflation premium, there’s little coincidence that the pound has over the period underperformed on fundamental considerations (Figure 1). 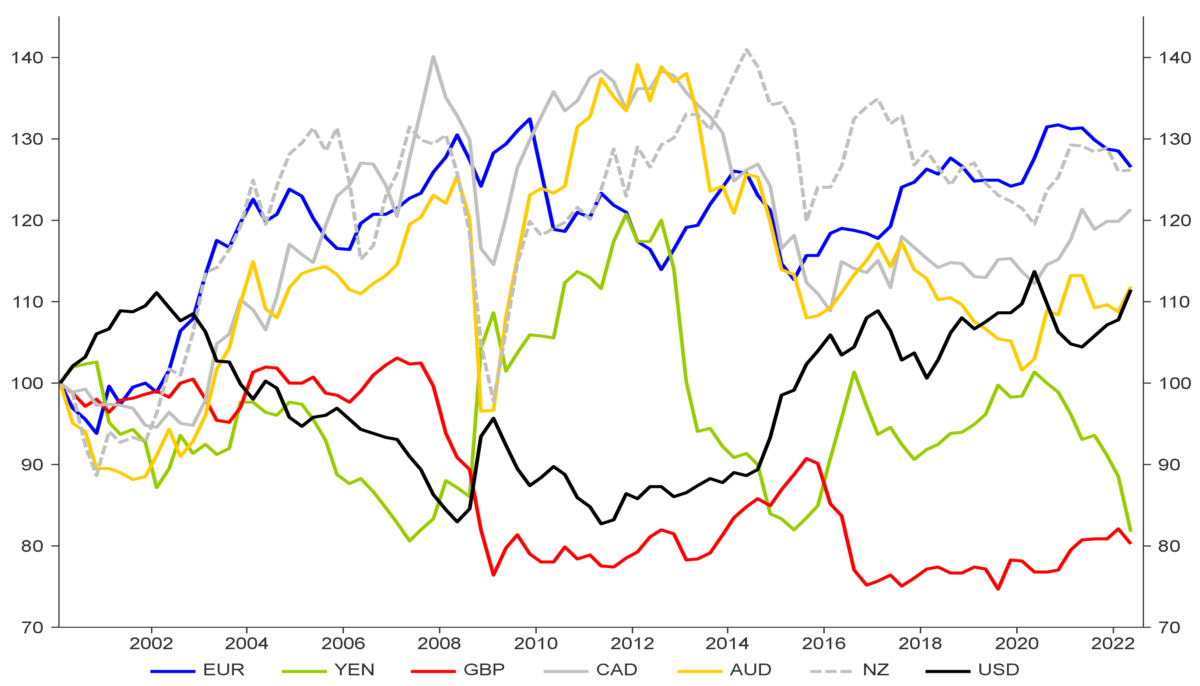 This is a weak platform on which to base uncertainty about the Bank’s future. Truss’ intentions are not clear and her suggestion thus far of holding a ‘review of its mandate’ may prove to be innocuous. It would be beneficial if the review helps avoid some of the mistakes of the past and assists the Monetary Policy Committee in orderly monetary normalisation. As one of Truss’ supporters rightly points out, a major underlying macro problem has been ‘the malign consequences of low to negative interest rates over a prolonged period’ (Lord David Frost, the UK’s former chief negotiator for exiting the European Union).

More sinister, not least for the pound and long-dated gilts, would be follow through on some of her other backers’ instincts. These include Suella Braverman, the current attorney-general, touted for home secretary in a Truss cabinet, who is keen on monitoring whether the Bank is ‘fit for purpose in terms of its entire exclusionary independence over interest rates’.

Diluting independence would be counterproductive. It would be a throwback to the ‘Ken and Eddie show’ of 1993-97 where the chancellor and BoE governor set rates, advised by the Treasury’s ‘wise men’ panel. This direct government input into rate setting sometimes smelled of electoral cycles. Such overt intervention would go against the practice of other G7 central banks, necessitating an international risk premium on UK money rates and, expensive for the Treasury, gilt yields.

And if it raises inflation further, it will have unintended consequences. The BoE’s economic model assumes it takes four years for higher import prices to be fully passed on to a consumer price index basket that’s one-third imported. This shortfall, still apparent after sterling’s latest softness, has, to a large part, been absorbed in profit margins. Linked to that, real wages are deflating again – having been stagnant over a decade for the first time since the 1860s (Figure 2). Removing independence is not the obvious route to private sector wage growth.

Yet, a review of the MPC after its first 25 years seems eminently sensible and may be constructive. This would be akin to that underway of the Reserve Bank of Australia, expected to conclude in the new year. Among the MPC’s wins have been CPI inflation since 1997 averaging close to the 2% year-on-year medium-term target. The challenge now is getting it back on target from the at least 13% expected in coming months and enacting quantitative tightening without stretching a recession beyond 2023.

This and the political heat directed towards him are two reasons why Bank of England Governor Andrew Bailey is now making up for lost time. The Bank’s independence has in any case waned since 2009, as its operations blurred the boundary between monetary and fiscal policy. 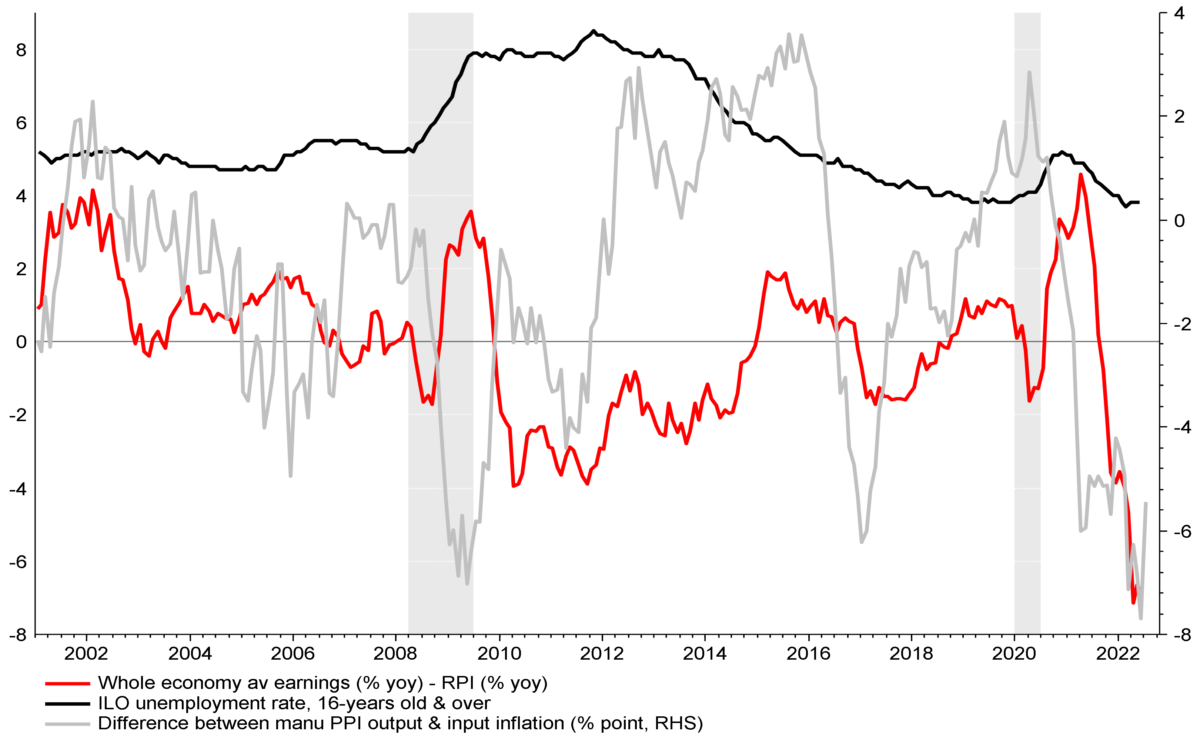 So, how could arrangements be changed? One possibility might be a half-way house of resurrecting some form of the ‘wise persons’ panel to complement the MPC. This would allow independent input into the Bank’s decision-making and may be attractive to some of Truss’ advisers. Patrick Minford, professor of applied economics at Cardiff University, was a member of the panel in the mid-1990s and was never afraid to dissent from peers and side with the government on tax cuts.

If the mandate is to change, options could include widening or reconfiguring the existing CPI target. This might mean raising it to 3% year-on-year to allow the economy to breathe while fighting future inflation and/or making it symmetrical by setting a floor for any future deflation risk. In the current inflationary climate, however, this would send the wrong signal to financial markets.

Better might be to impose an inflation target more indicative of living costs that helps wage negotiators. Sir John Redwood MP, director of the Number 10 policy unit under Margaret Thatcher and tipped for a return to cabinet under Truss, gripes that targeting the (relatively narrow) CPI has led to an artificially low Bank rate. There is truth in this while house prices and local taxes are rising.

The easiest option might be to move from CPI to CPI(H). This would improve the former by proxying house-price shifts, albeit via the quirky method of owner occupiers’ housing costs. Another is reverting to the retail prices index minus mortgage interest payments measure that the MPC targeted at 2.5% year-on-year before then Chancellor Gordon Brown changed to the CPI in December 2003. This includes house prices and local taxes. But, with the RPI set to be aligned to CPI(H) by 2030, it makes sense logistically to target the latter.

To better distinguish demand from cost-inflation, it may then be preferable to bolt onto the chosen inflation target a credible activity indicator. Since 1977, the Federal Open Market Committee’s dual mandate has covered stable prices, via core personal consumption expenditure inflation, and employment maximisation. Including employment may be trickier for the BoE, given its economic model has at times struggled to forecast it. This caused the failure of forward guidance in 2013 and Bailey’s admission during furloughing in 2020 that ‘the labour data… are the hardest to interpret’. The relatively flat Phillips curve has been one factor deferring rate hikes.

Alternatively, more formal gross domestic product targeting may be considered, popularised but not necessarily followed in the 1970s and 80s. UK nominal GDP growth, the inflation component of which is the wider-still GDP deflator, has broadly followed the same path as CPI inflation. The latter has been above target for most of the time since 2010, when nominal GDP started to recover. In practice, it probably works best when trend GDP growth is predictable, such that any overshoot may cause only transitory inflation damage.

A main vulnerability though is its reliance on GDP estimates. These are, unlike CPI or RPI data, spurious unless quarterly and systematically revised. Credibility is likely to be punctured if Bailey’s letters to the new chancellor constantly blame inflation overshoots on the purity of data. It might thus be better to supplement CPI(H) with a ragbag of activity data and evidence from the Bank’s regional agents. But that is not a world away from current practice.

So, barring the withdrawal of the Bank’s independence, there are, after 25 years, real opportunities to make the review constructive. It must be thorough, non-political and not drag on. Because uncertainty in the meantime may put even more pressure on the MPC to accelerate rate hikes and go harder on quantitative tightening. If that exacerbates stagflation, Truss may not get the full-blown recovery she needs before the next general election.