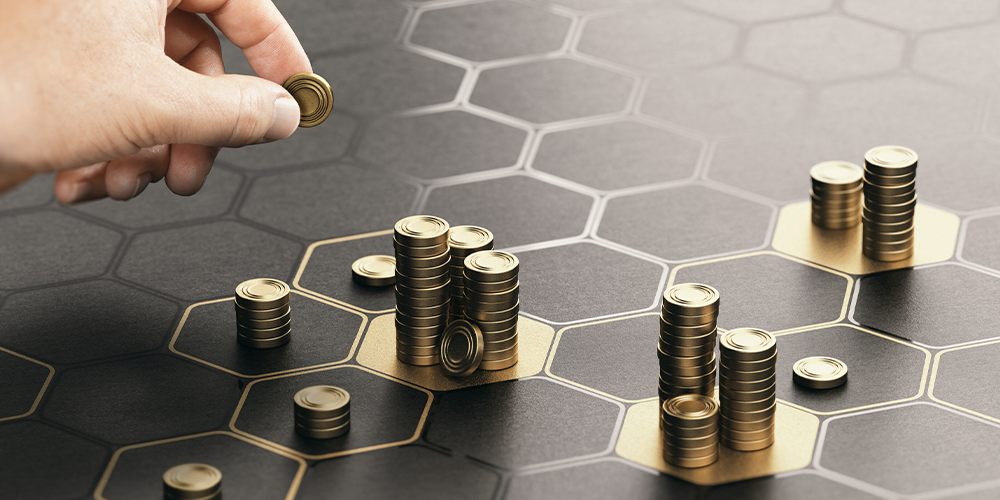 Investors must embrace diversity and flexibility

According to the annual UBS Asset Management survey, inflation and/or the uncontrolled rise in long-term yields is a key risk for nearly 90% of respondents. For 80%, the further escalation in geopolitical conflicts is a major concern. Commodity price developments and energy security come third with 50%. Compared with the 2021 survey, the number one and number three risks in 2022 are new on the list.

The results reflect the changed economic and financial environment in which reserves managers are operating. After several years of good returns, thanks to falling yields and rising equity prices, most reserves managers have suffered significant losses in 2022. According to our estimates, by July-end reserves that invested only in fixed-income assets generated negative returns ranging from -1% to -6%. For reserves portfolios invested in both fixed income and equities, losses have oscillated between -6% and -8%.

Losses of such magnitude were experienced at the time of the 2008 financial crisis and were confined to portfolios that were diversified into equities. During the crisis fixed-income portfolios generated positive returns, as stock-bond correlations were negative and interest rates were cut to alleviate the impact of the global recession.

The simultaneous negative performance of fixed income and equities reflects the positive equity-bond correlation that has been detrimental for so-called balanced portfolios. In such an environment, reserves mangers are therefore struggling to meet their primary investment objective – capital preservation. How have reserves managers reacted to such a challenging environment?

The survey also shows that the diversification trend of foreign reserves is continuing: passive equities experienced a further surge in eligibility among participating institutions to 50% from 42% in the previous year. And 24% of participants said they would now consider investing in illiquid asset classes (infrastructure and real estate) to enhance returns and hedge inflation risk, an increase from 21% in 2021 and from only 3% in 2020.

The diversification of reserves concerns currencies, too. The survey shows that currency diversification is continuing, albeit slowly. The average share of dollar holdings among all participants was 63%, down from 69% in the previous year (however this year’s participants included fewer Latin American central banks, which traditionally run a very high share of dollar holdings). The dollar was the top currency when respondents were asked which currencies were added on a net basis in the reserves of participating sovereign institutions during the past year. The renminbi was second and commodity currencies like the Canadian and Australian dollars saw increases as well. In contrast, the euro was the currency that most participants had reduced their holdings of during the previous year.

Overall, 85% of survey respondents answered that they are invested, or are considering investing, in the renminbi – an increase from 81% in the previous year. The average long-term (10-year) target allocation for the renminbi as a percentage of total reserves increased to 5.8% from 5.7% in the previous year, which implies further growth from levels currently reported to the International Monetary Fund.

Diversification across asset classes and regions will help reserves managers to deal with challenging market conditions, but it’s not going to be enough. The bulk of reserves are and will remain invested in fixed-income assets from advanced economies.

Given the uncertainty surrounding inflation and interest rates, reserves managers should reconsider the management of their fixed-income portfolios. There is a high probability that expected returns for fixed income will remain lower than what investors have grown accustomed to over the past three decades, and the volatility of fixed-income markets is expected to stay elevated for the foreseeable future. More importantly, this prognosis is independent of whether inflation will be transitory or persistent.

However, it is our view that investors can improve the risk-adjusted return prospects of their fixed-income portfolios by embracing flexibility in their allocation to different fixed-income asset classes.

Source: UBS as of 2Q 2022. UBS Investment Solutions provides estimates of capital market returns across a wide array of asset classes, horizons and from multiple currency perspectives. Here we present our 5-year baseline expected geometric returns. The return estimates are based on our expectations for inflation and central bank action, our expectations of long-term risk premia, as well as our proprietary valuation model’s estimates of over- or under-valuation of asset classes and currencies.

The views expressed are as of September 2022 and are those of the author and not necessarily the views of UBS Asset Management. This article is a marketing communication and the information herein should not be considered investment advice or a recommendation to purchase or sell securities or any particular strategy or fund. Information and opinions have been provided in good faith and are subject to change without notice.