Ninety years of blaming sterling upsets on malevolence of strangers 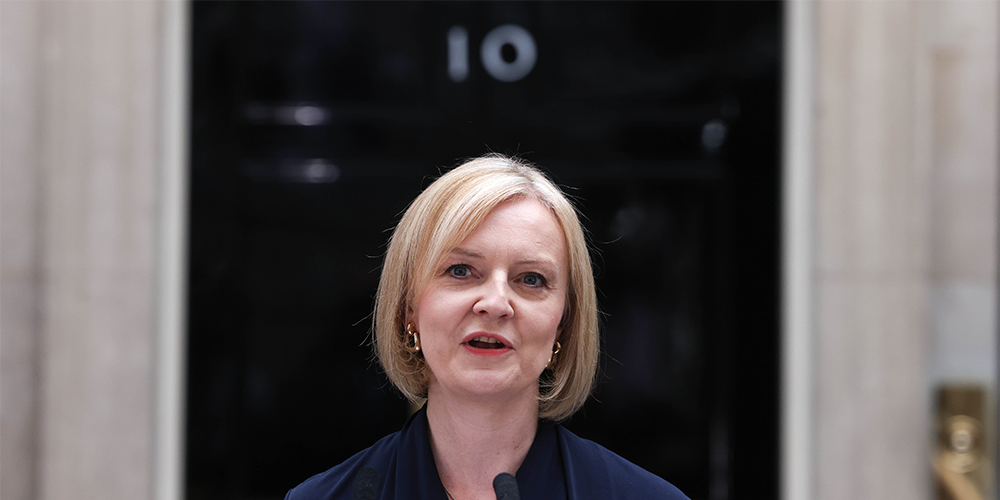 British political and economic dislocation with echoes of 1976

We warned you. On 4 August – a month before Liz Truss was voted UK prime minister after a ballot of Conservative party members – OMFIF carried this prediction: ‘If she wins, and enacts her promise of immediate tax cuts, the only safe prediction is that sterling will crash.’

It was much worse. Kwasi Kwarteng, Truss’s chancellor of the exchequer, has been far too cavalier even for free market liberals. Kwarteng’s 23 September announcement of unfunded tax cuts sent government bond prices plunging, prompting an emergency backstop from the Bank of England.

Opposition Labour is 20 to 30 percentage points ahead in the polls. Truss’s opinion poll ratings are below the lowest plumbed by her chaotic predecessor Boris Johnson. Knives are out on the Conservative backbenches. There is speculation of another leadership contest as early as December.

Truss could become the shortest-serving British prime minister, with fewer days in office than the 119 served by George Canning (before he died) in 1827. If she stays, then Kwarteng may have to go. Hard-pressed Conservative prime ministers have been known to sacrifice their chancellors. His replacement would be Britain’s seventh in six years.

Truss and her allies say that gilt market turbulence and ensuing increases in mortgage costs are the fault of Russian President Vladmir Putin and the Federal Reserve. Rather than taking the blame themselves, UK governments over the decades have instinctively turned to ‘the malevolence of strangers’ to explain financial upheavals.

When Britain left the gold standard ‘for the time being’ (as was announced in September 1931), the official reason was ‘excessive withdrawals of gold by foreigners.’

When sterling’s 1967 devaluation eventually came around, blame was pinned on what Harold Wilson, then prime minister, had in 1956 termed ‘all the little gnomes in Zurich and the other financial centres.’ A readymade bogeyman for sterling’s departure from the exchange rate mechanism in 1992 was Helmut Schlesinger, Bundesbank president, with his ill-timed newspaper interview on the eve of Black Wednesday. He later expressed regret that a ‘general remark should have played a role in aggravating sterling’s position,’ adding that ‘[George] Soros, the most powerful speculator at the time, had already adjusted himself to the depreciation of the pound.’

There is another parallel – with the UK’s ignominious 1976 episode (under Labour Prime Minister Jim Callaghan) of resorting to the International Monetary Fund for a $3.9bn loan to rescue sterling from financial disaster. Peter Sedgwick, then a Treasury economist responsible for balance of payments forecasts, later a vice president of the European Investment Bank, says current developments are ‘in some respects uncannily reminiscent of 1976.’

Then as now, he says, the UK government was pursuing loose fiscal and monetary policies that were out of line with those of most other developed economies.

‘As markets turned against sterling and the UK was increasingly unable to borrow in sterling and foreign currency, events forced recourse to the IMF. That is not an option this time. The government has to come up with its own programme of fiscal changes… If this requires changes in ministers then they should occur.’

The Conservative Party has been divided ever since Margaret Thatcher was persuaded not to run (or knifed in the back) ahead of the second round of the leadership contest in November 1990. During the 32 years since, there have been seven Tory party leaders – and now Truss, the result (like Johnson) of the party’s policy of asking members to choose their leader. Perhaps it is time for a new selection process.

The Conservatives are the longest-lived winning machine in democratic politics. They will not go down with a whimper. Unrest is palpable among Tory MPs of all factions afraid of losing their seats in a general election in 2024 or sooner.

The late Richard Roberts, author of an OMFIF Press book on the 1976 crisis When Britain Went Bust, identified common factors in the aftermath of the UK’s upsets in 1931, 1949, 1967, 1976, 1992 and 2008. ‘Financial upheavals discredit the reputation for economic competence of the party in power – a tarnishing which is usually mercilessly exploited by its political rivals.’ Roberts relates a 90-year-long tale of entangled political and economic dislocation. A further chapter is now under way.

Meghnad Desai is Emeritus Professor of Economics at the London School of Economics and Political Science and Chair of the OMFIF Advisory Council. David Marsh is Chairman of OMFIF.