Inequality is at the root of UK inflation 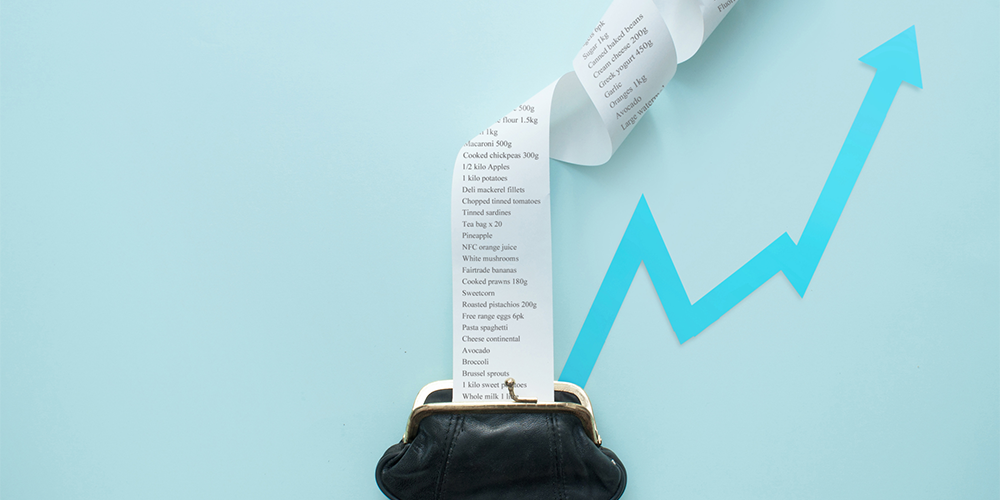 The fundamental problem with reducing inflation is the hollowed-out middle between those that are best and least able to withstand the financial burden: households saddled with unavoidable expenses and little free savings. Millions are forced to choose between heating and eating.

Inflation ultimately ends when all the lost income has been absorbed by those able to do so. But without windfall income recapture, help would have to be financed by those who received it. During the most recent political turmoil in the UK, one fleeting minister argued that all households were hurt by soaring energy prices and all should be helped. But by whom?

This problem is the result of 50 years of growing inequality. Taxation is partly to blame. Few taxes are wholly progressive or regressive.

The vulnerability to cost shocks has been greatly increased by growing inequality and virulent stagflation has caused slower growth. Balanced budget reflation deserves serious consideration. Increased progressive taxation tilted towards higher rates is itself progressive. More revenue is collected from those who can best afford to pay from savings. Reduced regressive tax is progressive, returned to those most likely to spend it. Matched tax hikes and cuts initially leave the budget balance unchanged while demand is increased and with extra spending the budget balance improves – the opposite of developments in taxation structure over many years. At the same time public transfers are reduced by the impact of value added tax rate cuts on inflation. Tax structure is more important than tax level.

But Britain’s loss of growth momentum has many other and complex causes.

The secret lies in analysing nominal magnitudes at current prices instead of the long-time obsession with deflating everything by inappropriate consumer price index and gross domestic product deflators. (Rising import prices reduce the GDP deflator meaning overall inflation is less.) Solutions to failing total factor productivity growth are obvious, simple, practical and politically unacceptable to powerful special interests which almost all career members of parliament cultivate to promote their own careers.

In the last quarter of a century nominal GDP has increased by 150%, capital stock by 200% and employment by 25%. Labour has been both skilled-scarce and expensive, and unskilled-plentiful and cheap. The idea that 50% of school-leavers should take top jobs with an academic qualification was always nonsense. Most are saddled with wasted time, worthless labour market qualifications and burdensome debts. Part of the hollowing out of middle earners was the qualification of skills.

But the worst of the neglected flaws remain in the inefficiency of capital and not the increase in the money devoted to it. The nominal value of dwellings has exploded because fewer houses are being built and misguided policy – both fiscal and monetary – increases the price benefit for existing owners and increases wealth equality. Owning yields more than earning.

Best pickings come easiest from the City of London casino. Players have multiplied exponentially and no longer count beads, but exchange pearls and diamonds constantly replenished from pension savings. Enjoying multiple fiscal privileges compared with productive industry, successive governments have endeavoured to attract a maximum of foreign capital to the City. One senior minister even argued that inflows were needed to finance the balance of payments current account deficit as Britain was like a developing economy that did not generate enough domestic savings to finance abundant investment opportunities. Hogwash.

The casino offered abundant opportunities for monetary gain from financial asset inflation. Foreign direct investment purchasing 10% of British companies merely increased capital account surpluses. As the exchange rate balances current and capital accounts, equal and opposite, the current account deficit is caused by capital inflows and not the other way round. This, as much as anything, explains why Britain is a second-class economy hitched to a financial super city.

It was hoped that Britain’s exit from the European Union would help level down the City. It has, but mismanagement may have done more immediate damage elsewhere.

Skill shortages, unskilled cheap labour and the rival merits of casino and industry all contribute to a preference for labour over capital investment in an uncertain world. Unskilled workers were hired and fired cheaply, a variable cost compared with capital. It was better used to meet fluctuations in demand. Meanwhile, tax relief on bonds not equity plus top executive remuneration control offered the short-term non-returnable honey pot of share price inflation. The remuneration of top UK executives is six times that of their average employees against three times in Germany.

But, above all, a viable wealth tax is needed. I have argued this for 50 years.

Tax structure reform including wealth tax, house market reform, FDI regulation and the removal of City privileges, education reform and many others would significantly reduce income, wealth and regional inequity and promote total factor productivity growth. It would benefit the majority in general but hurt special interests in particular.

These are the needed hard decisions. Don’t expect any government to take them.