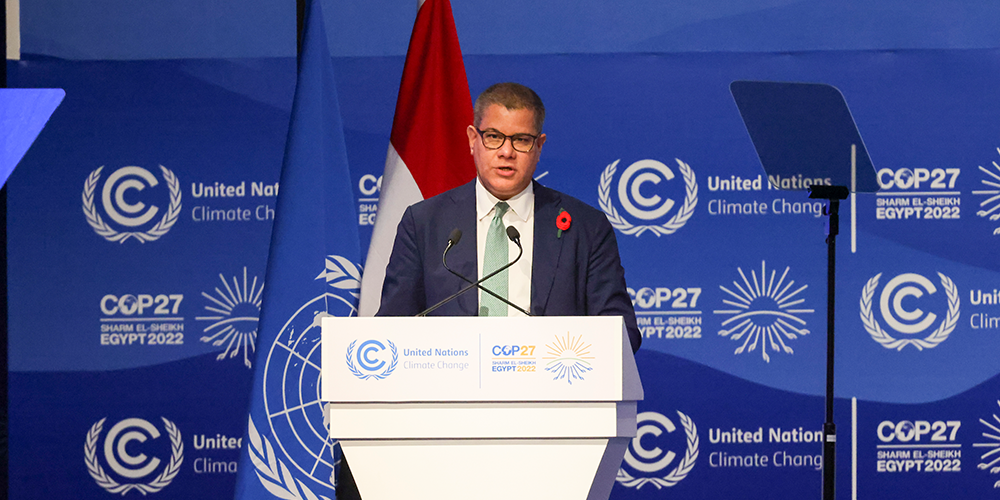 You might have noticed there is a global conference on climate change going on in Sharm el-Sheikh, Egypt. Leaders and concerned activists are discussing what to do and what has not been delivered by promises made at previous gatherings. Every meeting presents a climate situation more urgent than the last one.

How long has this been going on? I first heard of this issue – then called neither climate change nor global warming but something about nature being destroyed – way back in 1961. I had just arrived in the US to study and there was a very popular book on the New York Times bestseller list: Silent Spring by Rachel Carson. It was all about the threat to bird life because of the overuse of insecticide.

In the 1970s, there was a panic about how economic growth was causing a problem because we were going to run out of raw materials. The Club of Rome was a group of scientists, politicians, businessmen and opinion-makers who wanted the world to slow down on growth because of the threat to raw material supplies. But parallel to that began the idea that modern living was a threat to humanity as it was destructive to nature. There was a conference in Stockholm in the early 1970s where idealistic young people carried a poster emblazoned with ‘One week to save the world.’

Fifty years on, the cry remains the same. The gatherings get larger. More people can fly further to attend these conferences. Planes are faster, telephones are smarter, there are efficient information systems and better scientific research especially from United Nations experts telling us how near we are to extinction – maybe a couple of generations away.

Yet you get the sense that nothing much of substance is going to happen at Sharm-el-Sheikh. It did not happen at Glasgow in COP26. Alok Sharma, the UK cabinet minister who was chairing the final session, was nearly in tears when he had to concede that the pledge to phase out coal use was thwarted by China and India, two nations comprising 2.7bn people, determined to prolong their use of coal.

The question then is why the world is so ineffective at making and implementing decisions which are in the collective interest. The science has delivered the message clearly. The solution is known. There is enthusiasm from the idealistic young. The elders come and promise to deliver. But then nothing much gets delivered. The elders go back home and pressures of daily problems, demanding short-run fixes, make the leaders forget what they promised.

This amnesia and/or paralysis about collective action is not only about the lives of future generations or even our own health. Think of the nuclear threat. During much of the time since Hiroshima and Nagasaki were bombed, the world’s great powers and members of the UN have deliberated about how to prevent nuclear Armageddon. There have been test ban treaties and limitations on access to nuclear fuel. The Cuban missile crisis brought us close to that dreaded moment.

But then the moment passed. In 1963, there were four nuclear powers: the US, USSR, UK and France. Since then, China, India, Pakistan, Israel (not admitted), Iran (not yet confirmed) and North Korea have joined the club. Again, a complete failure of collective action. For all I know, there are several more countries capable of deploying nuclear weapons. Now daily newspapers, in the West at least, are discussing whether Russian President Vladimir Putin intends to use nuclear weapons in Ukraine. If so, how will Nato countries retaliate?

There is obviously a serious global paralysis here. We know the danger. We know how to avoid the danger. We promise to do so. But we never do. It is a failure of collective will.