Progress but no victory at COP26 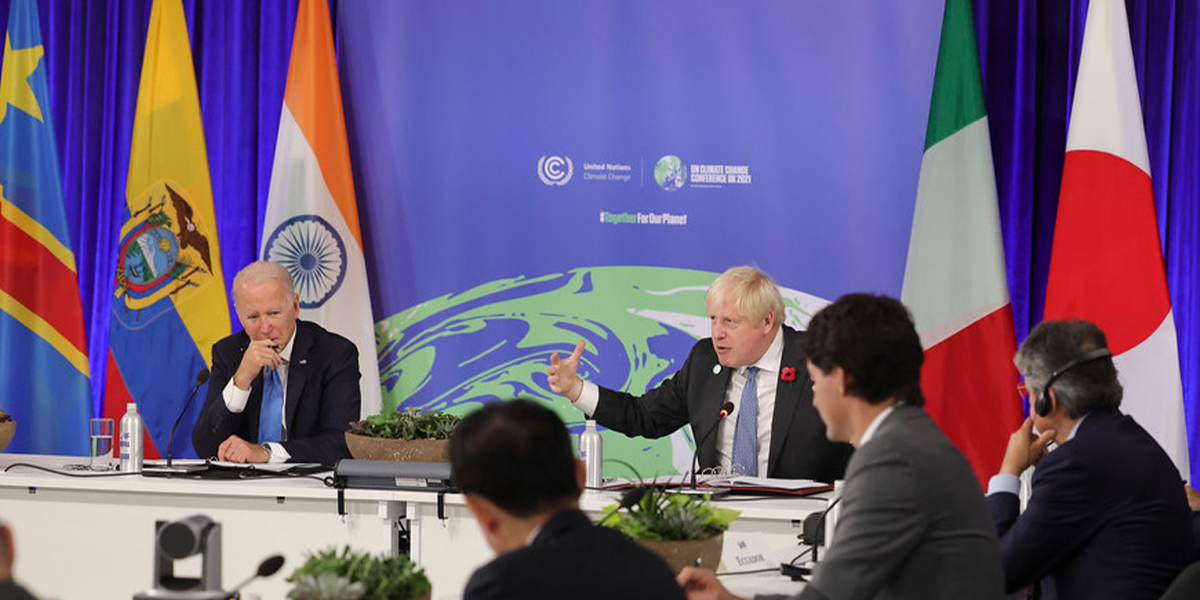 Positives and negatives from Glasgow

Never before has a United Nations climate summit been attended by so many financial institutions. The world’s biggest investment banks, asset owners and managers and players from the wider financial ecosystem gathered in Glasgow last week for COP26.

‘Up until today there was not enough money in the world to fund the transition; this is a watershed,’ declared Mark Carney, UN climate action and finance special envoy and former Bank of England governor. He announced on Wednesday that over 450 financial firms with assets under management of over $130tn had joined the Glasgow Financial Alliance for Net Zero (GFanz).

Not everyone is viewing the financialisation of the COP as a positive. Swedish activist and leader of the Fridays for Future movement Greta Thunberg lamented that ‘the COP is turning into a PR event’ and that it is no longer a climate conference but a ‘global north greenwash festival’.

There are elements of truth in this statement. Concerns that not enough was done to enable fair, safe and equitable participation from across stakeholder groups are legitimate, as are worries that attention on issues around climate injustice has been relatively lacking. Week one felt like an exercise in headline management by the UK COP presidency. Announcements were made about ‘landmark pledges’ ranging across deforestation, methane, finance and coal, reflecting the presidency’s priorities of ‘Cars, coal, cash and trees’. But scratching under the surface reveals that, in most cases, the reality is less impressive.

This applies to the Gfanz, too. First, the $130tn headline figure is not a new pot of money for funding the transition, but the total AUM of the institutions in the coalition. Second, the total figure is subject to some inevitable double-counting as the alliance includes both asset owners and asset managers who manage part of the former group’s assets. Third, the alliance’s ‘open door’ approach has opened it to criticisms of greenwashing as it has welcomed firms that continue to finance new fossil fuel projects.

All this is not to deny that progress is being made. As I pointed out in my reflections from COP25 in 2019, finance is at a point of inflection. Better data are helping with more sophisticated strategies such as engagement. So are shifts in regulation. Last week the UK announced that it will move towards making transition plans mandatory and establish a Transition Plan Taskforce to set standards against greenwashing. The Central Banks and Supervisors Network for Greening the Financial System issued the Glasgow Declaration that commits its 100 members to enhancing their climate scenarios and intensifying work on bridging the data gaps.

To be clear, not all financial firms’ commitments will turn out to be equally credible, as not all countries’ net zero pledges are equally credible. As International Energy Agency Executive Director Fatih Birol highlighted, the much-reported 1.8°C scenario will be achieved through policies, not pledges. But the fact that these pledges are there shows just how fast the financial zeitgeist has moved. They reflect the success of the Paris agreement in catalysing a shift in finance towards assessing and addressing climate-related financial risks.

And it is not just financial firms that are increasingly recognising the true extent of the risks of inaction and the economic opportunities of being at the forefront of the net zero industrial revolution. The narrative has also shifted powerfully when it comes to countries’ understanding of the paths to sustainable economic development. Just look at India, where the conversation has moved on from seeing carbon curbs as a hindrance to economic development to seeing the fight against climate change as ‘the only way to benefit’ and announcing an ambitious five-ingredient plan on how to reach net zero.

Most important of all, pledges provide a basis for holding those who have made them to account. But this should be done in a rigorous analytical way. We have the frameworks now to do this and know what questions we should be asking. Is this green bond designed to fund projects that would not have happened otherwise? Is this carbon offset project damaging natural ecosystems and harming biodiversity? Is this carbon tax accompanied by measures that guard against exacerbating inequalities?

Dismissing the whole process as greenwashing is unfair, unhelpful and analytically lazy. Finance is a powerful lever, and one that is desperately needed. Efforts should focus on making it work to its full potential.

Danae Kyriakopoulou is Senior Policy Fellow at the Grantham Research Institute for Climate Change and the Environment at the London School of Economics and Political Science, and an Advisory Council Member at OMFIF’s Sustainable Policy Institute.