Fed will act on inflation when it needs to 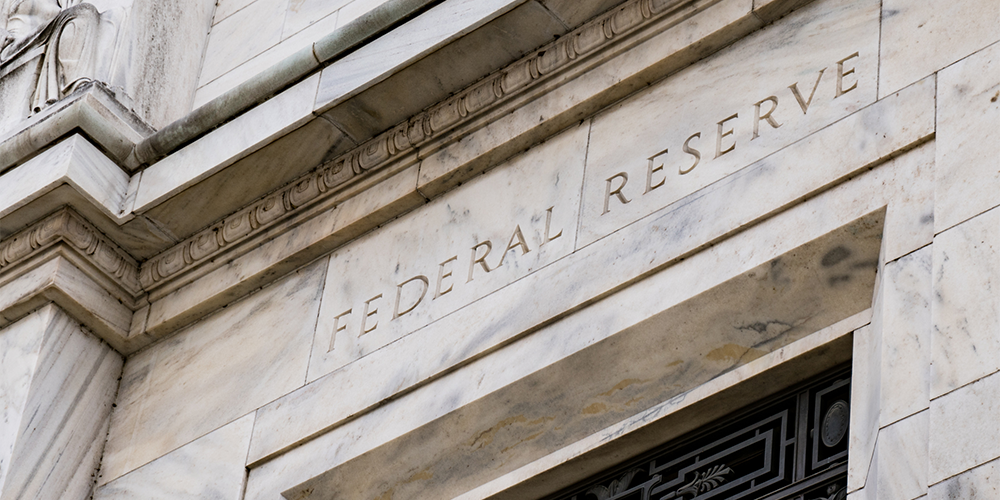 Elevated inflation readings, particularly in the US, are causing many pundits to express a dim view of the pandemic-triggered fiscal and monetary expansions. They warn of looming runaway inflation. Consumer price index inflation in October was 6.2% year-on-year (4.6% excluding food and energy). Compared to before the pandemic, federal debt has risen by 18.5 percentage points of gross domestic product and the Federal Reserve has doubled the size of its balance sheet. Sustained government spending seems to be in the pipeline and the Fed has done little beyond announce the start of gradual tapering. The case would seem to make itself. Not so fast.

Context matters. The pandemic triggered the biggest (time-weighted) hit to economic activity in modern history. Non-annualised real GDP in the US fell by 8.9% in one quarter and the unemployment rate rose by 11.3 percentage points in two months. In the great recession, real GDP fell by 4% over four quarters and it took 14 months for the unemployment rate to rise by 3.9 percentage points. Quibbles aside, the extraordinary fiscal and monetary policy response was warranted. And it worked. Real GDP is now 1.4% above its pre-pandemic peak and the unemployment rate, which peaked at 14.8%, is down to 4.6%.

It is tempting to blame high inflation on massive government spending or ‘money printing’ by the Fed, but this is too simplistic. The budget deficit blowouts have been driven by huge net monetary transfers to the private sector rather than by direct government spending. The government consumption and investment component of real GDP is just 1.9% above its pre-pandemic level (in the prior seven quarters it increased by 4%).

The government’s monetary transfers were akin to a massive blood transfusion, needed to keep the economy in suspended animation as it underwent a traumatic Covid-19 operation and recuperation. It was mirrored in the jump in net private sector savings (that is, net of investment) seen in the national accounting identity. Between Q4 2019 and Q2 2021 the US current account balance as a share of GDP worsened by 1.4 percentage points, implying, in conjunction with the budget deficit blowout, that private sector net savings rose by 17.1 percentage points.

For its part, the Fed’s purchases of Treasuries and mortgage backed securities, while creating easier financial conditions, mainly changed the form of the consolidated government’s liabilities rather than created any new net purchasing power.

High inflation reflects dislocations and disruptions on both the supply and demand sides of the economy, as well as energy price rises, partly reflecting climate-related policies, rather than the government and the Fed creating too much money to counter the shock.

Personal consumption expenditure inflation (the Fed’s target measure, which averages about 0.3 percentage points below CPI inflation) in September increased by 4.4% year-on-year; excluding food and energy the increase was 3.6%. Part of the higher readings reflects the base effect of the pandemic having pushed down inflation last year. A way to correct for this is to look at the two-year annualised inflation rate, at 2.9% and 2.5%, respectively (the corresponding latest numbers for CPI are 3.7% and 3.1%).

It is not surprising that a shock on the scale of the pandemic would trigger supply-side bottlenecks and persistent shifts in demand. But these manifest mainly as relative price shifts rather than ongoing increases in the overall price level. Relative price shifts are a necessary and desirable part of the adjustment process in a market economy, signalling where resources are needed and providing the incentives for them to move. While it is possible that big relative price changes can push up inflation, they are largely self-correcting, because they are one-off and either dissipate after a year (the base effect) or reverse as supply and demand adjust, the best cure for high prices being high prices.

Has the Fed made a policy error and got behind the curve, perhaps seriously so? To be sure, the spike in inflation has caught the Fed by surprise: the average Federal Open Market Committee participant in March was forecasting PCE inflation this year of 2.4%, but by September this had risen to 4.2%. Complicating this judgement is the Fed’s new framework, under which it is aiming for inflation to be ‘moderately above 2% for some time’. Time will tell, but the cure for getting behind the curve is simple: catch up.

Some commentators suggest something much more consequential: is the Fed, helped by a spendthrift federal government, letting the inflation genie out of the bottle and ushering in a return to the 1960s or 70s? The premise underlying the modern macroeconomic policy framework is that central banks can, because they have the monetary policy tools, and will, because they have the necessary independence, control inflation over the medium term. Expect the Fed to take away the punchbowl when it judges it really needs to.

Paul Sheard is Research Fellow at Harvard Kennedy School and was previously Vice-Chairman of S&P Global.