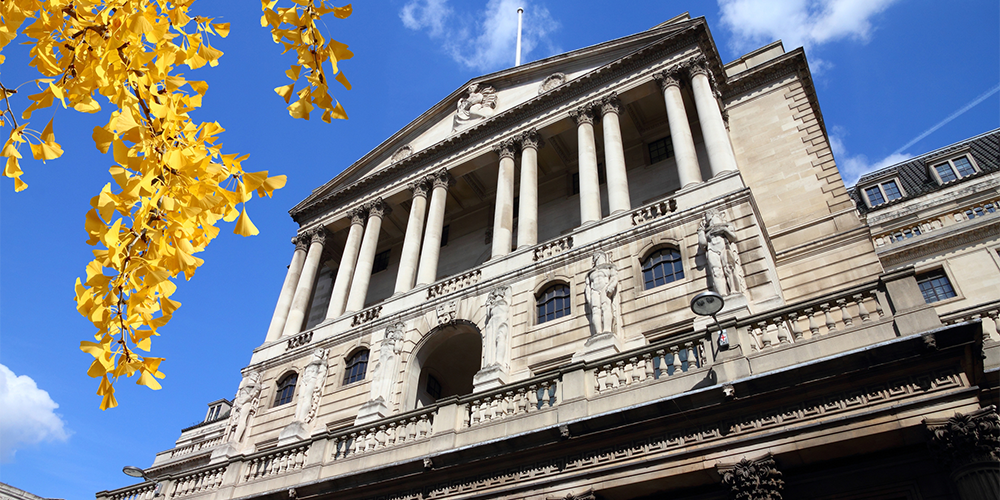 The Bank of England’s November policy meeting arrived with markets expecting the Monetary Policy Committee to raise Bank Rate for the first time since 2018. Given the solid recovery of the UK economy following a successful vaccination campaign, it seemed reasonable to expect that some extraordinary stimulus could be removed and for Bank Rate to return to the same level as in March 2020, when the UK headed into its first lockdown. The expectation of policy tightening also seemed consistent with the more hawkish tone from BoE Governor Andrew Bailey as inflation outturns reached 3.1% in September — a deviation of more than 1 percentage point from the MPC’s 2% inflation target.

Yet, the MPC surprised markets and voted to keep the current policy. It cited the labour market as a key factor in the decision, given the considerable uncertainty regarding the number of workers on furlough over the summer and that the programme only ended in September. It was an open question as to whether the momentum in the UK recovery was strong enough to reabsorb those workers who were coming off the furlough scheme.  However, record job vacancies and the previous week’s announcement by Rishi Sunak, chancellor of the exchequer, of more fiscal spending suggested the decision was finely balanced. A rise in Bank Rate — delayed longer than markets expected — remains on the cards over the coming months, should the economy evolve in line with expectations.

This outlook certainly contrasts with those for other major central banks. The US Federal Reserve has only just started to taper asset purchases, let alone signal higher interest rates, and the European Central Bank is poised to announce further policy easing early next year. So, why is the Bank of England so far ahead in terms of normalising policy?

First, global supply chain issues — whether they are energy, manufacturing or labour shortages — have been magnified in the UK due to Brexit. Empty forecourts, lengthy petrol queues, limited availability of food basics, such as frozen vegetables and pasta, and rationed blood tests are everyday realities in the UK in 2021.

Second, the UK does not have a history of below-target inflation, which cannot be said for the US and the euro area. In fact, over the decade prior to the pandemic, average UK inflation was generally in line with the BoE’s 2% target. Therefore, unlike the Fed or the ECB, the BoE does not currently see the need to run the economy hot to re-anchor inflation expectations to its target.

Against that backdrop, and if the economy evolves largely as the MPC is expecting, we expect to see a gradual removal of the extraordinary stimulus that existed over the past 18 months. This will start with a rise in Bank Rate to 0.5% over the course of 2022, followed by a gradual reduction in the central bank’s balance sheet. The latter policy move is expected to come earlier than those of other central banks, as the BoE has signalled a desire to manage its balance sheet countercyclically, rebuilding its buffers as the economy recovers in an attempt to fight the unknown battles of tomorrow. The policy goal will be to straddle the line of facilitating the economic recovery, whilst nipping any hint of current inflationary pressures feeding through to a wage-price spiral in the bud.

But there are risks to this outlook. On the downside, pre-emptive policy tightening and the assumption that shrinking the balance sheet will be broadly neutral for financial conditions could short circuit the nascent recovery and force the BoE to reverse its position. This is a live risk as the pandemic lingers, global growth eases and higher taxes and energy prices weigh on demand. The Bank will need to be mindful of growing signs of cyclical weakness when setting policy in real time.

On the other hand, there is a risk that policy is behind the curve, prompting the Bank to normalise policy more quickly and keep a lid on inflation. This is a particular risk to the UK given the acute uncertainty regarding the supply side of the economy amid significant data gaps. For example, estimates of the number of UK workers still on furlough over the summer were recently revised higher, pointing to greater labour market slack than the central bank was expecting. And with the disruption of official net migration data due to Covid-19, an unknown number of European Union nationals have left the UK since the start of the pandemic. The only thing that seems clear from other metrics, such as the labour force survey, is the likelihood that the departure numbers could be large and macroeconomically meaningful. If true, then that would point to a greater erosion of labour supply than is currently known.

Going forward, further volatility in UK rates should not be surprising. The potential volatility reflects both the uncertain UK macro-outlook and the challenges around engineering a smooth exit strategy from the extraordinary pandemic-related monetary support of the last 18 months. Given the exceptional nature of the pandemic shock and what is currently known about UK macro-fundamentals, the BoE’s conservative and cautious approach towards a limited and gradual policy normalisation is warranted. But if the facts change, then the policy outlook will need to change as well.