US and China urgently need to talk about economics 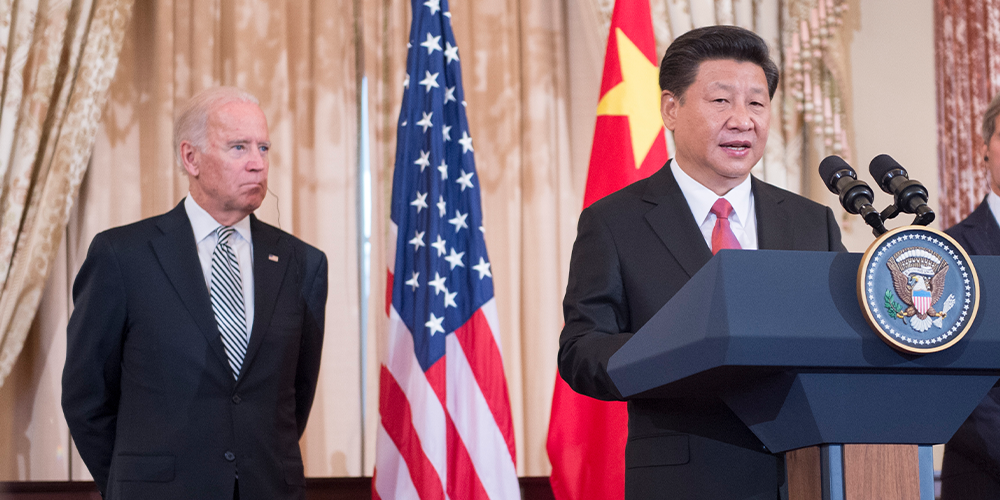 Fire up Zoom for the global good

Secretary of State Anthony Blinken last year correctly defined the US-China relationship as the greatest challenge of the 21st century, observing that: ‘Our relationship with China will be competitive when it should be, collaborative when it can be, adversarial when it must be.’ Treasury Secretary Janet Yellen then echoed this point.

Blinken and Yellen’s statements represented a welcome, smart and pragmatic framing. But how is it being implemented on the economic and financial front, which should be a poster child for collaboration? To date, one would be hard pressed to offer a positive assessment.

Obstacles abound, making it hard to talk. Neither Democrats nor Republicans wish to be outflanked in hawkishness on how hostile China is viewed. Those seeing China as a ‘strategic competitor’ seemingly go out of their way to caricature engagement as a form of panda hugging or failed effort to promote an open Chinese society. The US has valid reasons to be deeply concerned about the risks posed by China to US national security, not only on defence but in technology, chips, spyware, rare earth minerals and cyberattacks as well as its economic statism, industrial policies and technology theft.

But it takes two to tango. President Xi Jinping’s China matches Washington’s hawkishness and distrust. China’s tacit acceptance of Russia’s barbaric invasion of Ukraine and ‘no limits’ friendship with Vladimir Putin rightly engenders fierce antagonism in Washington. Interactions are hampered by China’s zero-Covid-19 policy and Chinese officials’ inability to leave the country, preventing the US and China from speaking quietly on the margins of meetings, such as G20 or International Monetary Fund/World Bank gatherings.

There is much evidence that the telecommunication lines between financial authorities in Beijing and Washington are nearly dormant.

Yet, the US and China together account for over 40% of global gross domestic product. For better or worse, this relationship is ‘systemic’. The two need to interact extensively on economics and finance to lessen the possibility for bad outcomes for themselves and the world, let alone help tackle global problems where possible.

The agenda is daunting and pressing, even accepting that some topics are off limits.

Global recessionary forces are intensifying as major countries, particularly the US, ratchet up efforts to tighten monetary policy and vanquish inflation. China’s growth has been hit this year by Covid-19 lockdowns. Economic policy is constrained by high leverage and a weak financial system. Efforts to transition away from often inefficient investment to consumers and services proceed hesitantly. Weak economic performance in China and the US will spill beyond borders, especially harming emerging markets and less developed countries already reeling from higher oil and commodity prices.

Tightening US monetary policies have pushed the dollar considerably higher. Typically, a very strong dollar is followed by a lag with heightened protectionist pressure. China’s huge current account surpluses of 15 years ago have gone away, as has reserves accumulation. But Donald Trump’s tariffs, largely maintained so far by President Joe Biden’s administration, show there still is a proclivity to blame China and others. The US is right to halt trade in sensitive national security items. But protectionism more generally would harm global growth.

Low-income country debt distress is acute. China is an enormous non-traditional official creditor. The G20 common framework to tackle LIC over-indebtedness so far has been a flop. China is averse to writedowns, instead using extend and pretend debt practices in insolvent cases. Debt data are opaque. America is perceived as raising debt issues to excoriate China for ‘debt trap diplomacy’. It should instead emphasise helping LICs overcome unsustainable debt. China has concerns about debt workouts being identified with the Paris Club. The US should call for good results and disregard French concerns about the name of a body, its location and its staffing.

The IMF is a beacon for multilateralism. China should be roped in to the maximum extent possible. The People’s Bank of China, which represents Beijing in the IMF, is a large fund creditor and favourably disposed interlocutor. Yet China, with well over 15% of global GDP, only has a 6% IMF weight. Its voting share should be increased, even if modestly, and into the IMF’s second position. That is highly unlikely in the current US-China environment. But were China to fully disclose its debt data and participate actively in the common framework, the US should be open to considering higher Chinese IMF weighting.

There is much to discuss. Financial authorities in Washington and Beijing owe it to themselves and the world to fire up Zoom.

Image source: US Department of State