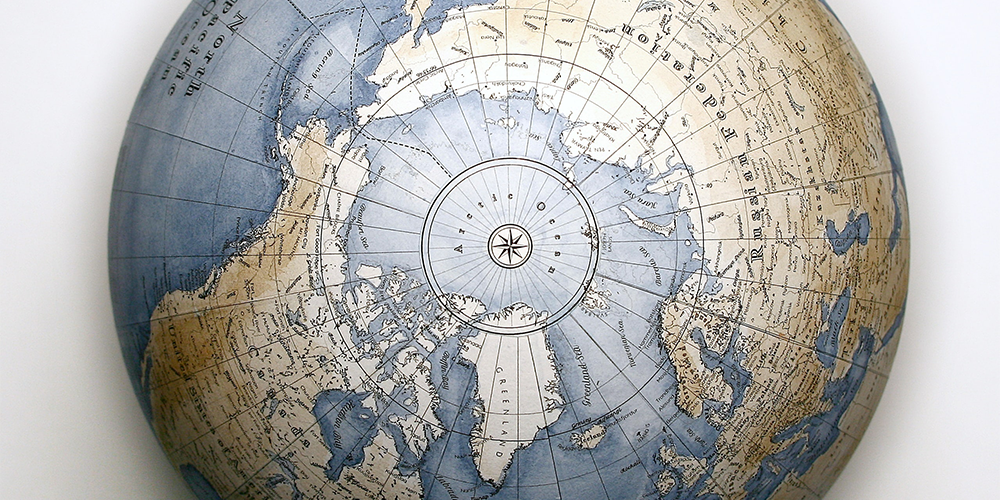 In the world of institutional investing, geopolitical risk has emerged as a pressing concern. While some asset owners contend that they are fully capable of analysing and managing such risk, they appear to be in the minority. Many public investors are still largely unprepared, lacking proper analytical frameworks and relevant expertise to tackle geopolitics in a structured and rigorous way. However, there is a relatively simple and straightforward solution to this: asset owners can apply some of the same methodologies and approaches they are already using to address the climate crisis.

While the underlying drivers of these risks are different, there are some important similarities: both are non-traditional, long-term risks that cut across asset classes, geographies and industries; both, in their current form, are relatively new to the investment profession; both require outside expertise and collaboration with peers; and both must be analysed in the broader context of what other actors are likely to do. Therefore, investors should borrow a few pages, literally, from Climate Change for Asset Owners, published in June 2018 by the International Centre for Pension Management’s climate change working group.

Public investors must shift from being geopolitically agnostic to geopolitically aware. They must reach out to their more advanced peers and learn how they address geopolitical risks in their portfolios. They must review their own underlying portfolios for specific exposures to geopolitical risks, both systematic and idiosyncratic. They should consider how geopolitics might impact some of their core beliefs and underlying assumptions, both in the short and the long term. Ideally, they should formulate an explicit investment belief with respect to geopolitical risks and how to manage them. And while economics and finance may not offer relevant analytical tools for this task, investors can easily borrow and adapt the tried-and-tested methodologies from the fields of national security and intelligence analysis.

Since the turn of the millennium, geopolitical risks have increased in frequency and intensity. Even more worryingly, geopolitical risk has become much more pervasive and systemic, having moved from the periphery of far-flung emerging market countries to the very core of the global economy, especially since the Brexit referendum and Donald Trump’s election as US president in 2016. And in the case of global public investors, there is an additional complication: geopolitical risks now arise not only as a result of how and where institutions invest, but also as a direct result of the nature of the investors themselves. For example, a Danish pension fund and a Chinese sovereign fund investing in US equities will inevitably face different geopolitical risks and vulnerabilities. Partly this is due to the nature of the relationship between the US and the respective country of origin. But equally, it is also due to the nature and type of the underlying investment organisation.

It would be logical to expect central banks, public pension funds and sovereign funds to have different exposures to geopolitical risk due to the nature of their respective mandates. Consider central bank reserve managers. They manage money with a well-defined, uncontroversial and non-threatening policy objective in mind, focusing on capital preservation and liquidity, and only then on maximising returns. They invest exclusively in liquid assets, predominantly government and agency bonds in the US,  euro area and other developed markets. To the extent that a small minority invest in equity, they do so exclusively in listed public equity markets, mostly passively and always in non-controlling minority holdings. They tend to be highly conservative and fairly transparent in how they operate.

This is not to say that central banks face no geopolitical risks whatsoever. The growing role and acceptance of the renminbi, as well as the recent emergence of digital currencies and cryptoassets, pose new and interesting challenges for central banks – not least in terms of possible geopolitical consequences and implications down the road. Some central banks, such as those in China, Iran and Russia, have acted on geopolitical considerations and consciously moved away from the dollar, towards gold and currencies from less adversarial nations. However, in terms of day-to-day management of foreign exchange reserves portfolios, beyond making relatively small renminbi allocations for better yield and diversification purposes, long-term geopolitical risks have not yet materialised into a clear and present danger for the majority of central banks.

In contrast, public pension funds do face serious long-term geopolitical risks. It is not due to the nature of their organisations or their mandate. Rather, they incur these risks due to the shape and composition of their portfolios, which typically combine three distinct features: global diversification, preference for less liquid assets in private markets and a very long investment horizon. It is this combination that leads pension funds to incur geopolitical risks that are long-term and systematic in nature. For example, how would their illiquid private investments across various emerging markets fare if there were a dramatic escalation in US-China tensions or even an outright conflict? And how would their European portfolios behave if the euro area fragments or collapses? While highly unlikely in the short term, both risks are non-negligible over the next 20 or 30 years.

Finally, sovereign funds are divided into three types. Stabilisation funds contain assets similar to central bank reserves and are often run by the same investment teams. They are highly liquid, with short horizons and, as such, tend to have low exposure to long-term geopolitical risks. Future generations funds are essentially endowments, closer in their operations to public pension plans, with the added complexity of being owned outright by their governments. As such, their exposure to geopolitical risks is materially higher, coming from both their government ownership and the composition of their portfolios. Strategic development funds are potentially the most interesting case. They are fully owned by the government, overtly strategic in their objectives, very long in their investment horizon and invested predominantly, if not entirely, in less liquid assets in private markets. Arguably, these funds have the highest levels of exposure to long-term geopolitical risks.

All global public investors face long-term geopolitical risks, but specific exposures and vulnerabilities will vary, depending on the nature of their organisations and mandates, as well as the actual shape and composition of their portfolios. Boards and management teams have a fiduciary responsibility to consider these risks carefully. Dedicating some resources to explore geopolitical risk and its potential impact on their portfolios would be a prudent first step.

Andrew Rozanov is Author of the forthcoming paper ‘Geopolitical Risk in Institutional Investing’.