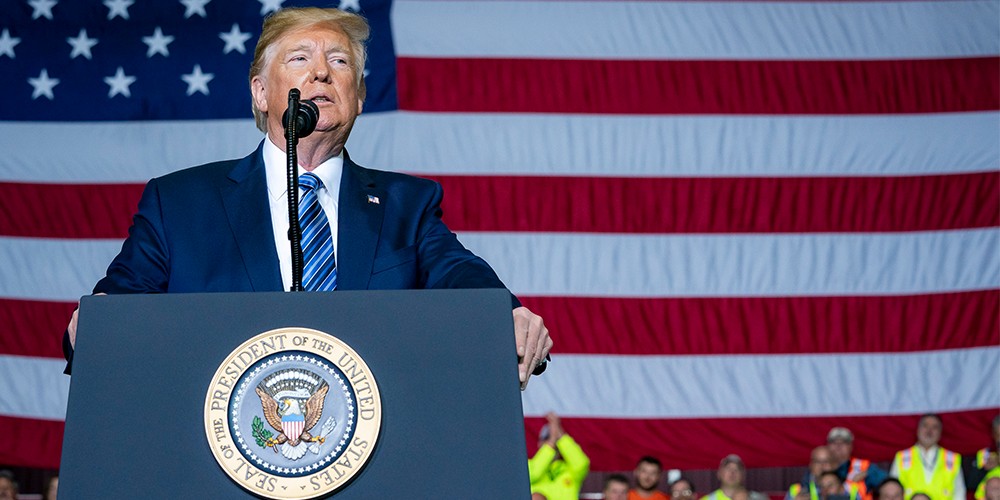 US President Donald Trump has been in office for almost three years, and will probably win re-election in November 2020. Yet liberals in the US and beyond still fail to understand him.

He has dumbfounded his administration and personal advisers repeatedly by reversing established foreign and defence policies. When its Abqaiq oil refinery was attacked, Saudi Arabia willed the US to attack Iran. Trump had reservations about any such response. Some newspapers called it his ‘Obama moment’, referring to then-President Barack Obama’s last-minute decision, in 2013, not to launch strikes against the Bashar al-Assad regime in Syria (though he did, in the end, authorise airstrikes in the country). John Bolton resigned as Trump’s national security adviser because the president refused to be aggressive.

Earlier this month, Trump ordered the withdrawal of the US military from Syria amid a worsening Turkish offensive against Kurdish troops. Again, the president defied his advisers, as the Kurds fought alongside the US in the Syrian war. Some saw the move as the abandonment of an ally relying on the US to realise its long-held ambition of establishing a Kurdish nation state. The territory the Kurds claim lies across Syria, Turkey and Iraq; it is a deeply contentious issue. If the US helped the Kurds realise their dream, it would pave the way for a destructive war in a region embroiled in conflict since the 2003 US invasion of Iraq.

Trump is not an interventionist or ‘cold war hawk’, as every US president since John F Kennedy has been. He is an isolationist, a forgotten category today but one which was once encapsulated Washington’s reticent stance on involvement in wars abroad. Only since the start of the cold war in 1946 has the US been committed to being ‘the world’s policeman’.

Trump is the first US president since Dwight Eisenhower (1953-61) not to initiate a battle or campaign overseas. However, shortly after taking office, he reversed Obama’s decision to draw down US presence in Afghanistan and committed thousands more troops there. Last month, he pulled out of peace talks with the Taliban following the death of a US soldier in a Taliban bombing.

Washington launched several military alliances after the second world war, including, most importantly, the North Atlantic Treaty Organisation. For years, the US policed the seas and the skies. Its defence expenditure exceeds that of all its Nato partners combined, a situation Trump says is untenable. He has called repeatedly for other countries to increase their financial contributions to the alliance.

This is a profound change. The US has been credited with laying the foundations of globalisation, but is attempting to dismantle essential elements of that infrastructure, particularly in trade and defence. Certain countries, displeased with the US’s position as the world’s sole superpower since the fall of the Soviet Union, have been calling for a multipolar world. Trump has hastened its arrival. It is each nation for itself, especially the US.