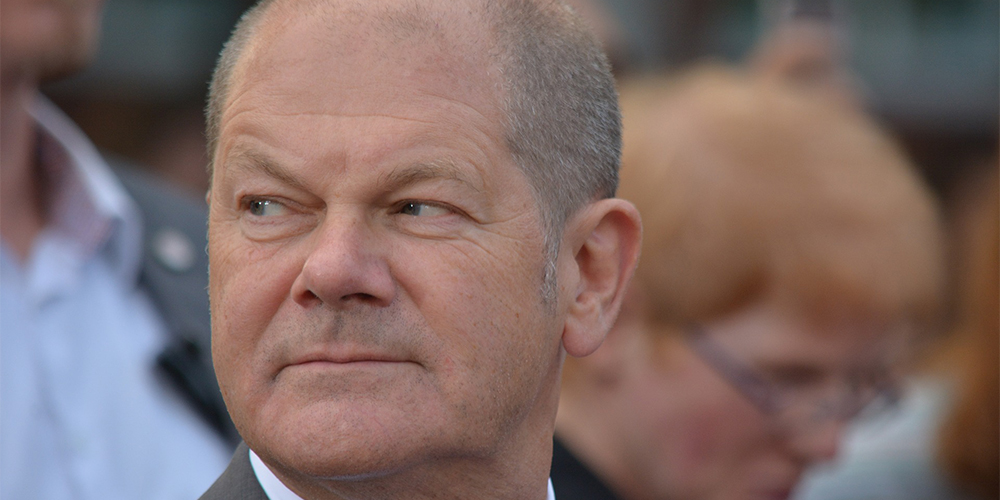 German Finance Minister Olaf Scholz, in a startling turnaround of fortunes, is now favourite to follow Angela Merkel as German chancellor after the 26 September election. What kind of leader could he be? Is this a new Helmut Schmidt, Germany’s internationally renowned Social Democrat (SPD) chancellor in the 1970s? The lessons of history, as well as polarising currents in Germany’s kaleidoscopic politics, are not favourable.

Whoever takes the helm after tough expected autumn/winter coalition bargaining will have to weather a fraught post-Covid, post-Merkel transition. Reflecting home-made as well as global factors, Merkel leaves a difficult legacy in nearly every field – the budget and economy, Europe and the transatlantic relationship, energy and climate change, digitalisation and domestic social cohesion.

After the second of three mainstream TV debates on 12 September, opinion polls acclaimed Scholz as the winner against the other candidates, Annalena Baerbock from the Greens and Armin Laschet from Merkel’s Christian Democratic Union/Christian Social Union grouping. Scholz’s SPD is well ahead of the other parties in German opinion polls this month. The CDU/CSU and Greens were 10 percentage points and more ahead of the SPD up to the early summer. But they have squandered their lead because of campaigning errors, personality blemishes and, in the case of the CDU/CSU, internal squabbling, reflecting many voters’ view that Laschet is unfit for the job.

Scholz has benefited from a general belief that, as deputy chancellor in Merkel’s generally unappealing CDU/CSU-SPD coalition, he is a safe though unspectacular symbol of semi-continuity. But his elevation would be an exception. Out of Germany’s 19 post-war finance ministers, only one – Schmidt, like Scholz, from Hamburg – has risen to lead the country.

On the positive side, a Chancellor Scholz would display clear convergence with the Paris government, assuming that Emmanuel Macron remains in power after a tense presidential poll in April 2022. Scholz would ally with Macron in trying to forge missing links in the European economic chain – completing banking union and building a capital markets union.

Moreover, German officials praise Scholz’s relationship with President Joe Biden’s administration. There is strong alignment with Janet Yellen, the Federal Reserve chair turned treasury secretary. Scholz’s biggest international achievement has been the understanding with Yellen masterminding this summer’s agreement on a worldwide minimum corporation tax expected to take force in 134 countries. Scholz, like his counterparts in Paris and Washington, would like to maintain as long as possible highly accommodative central bank policies to back large-scale government borrowing .

Other indicators are less propitious. Schmidt became a global personality, hailed for his rasping English, acerbic reprimands and mastery of international economic issues. But, increasingly embroiled with the SPD’s left-wing over security policies and welfare cuts after the early 1980s downturn, he was forced to quit in 1982 after his liberal Free Democrat partners switched coalitions. He afterwards declared he should have given up power a year earlier.

Scholz is a much quieter schoolmasterly figure who likes to say he is ‘moved’ by the recent polling surge and uses ‘moderate’ as a favourite word. Like Schmidt, he would have trouble with his party’s left-wingers, who will be a decisive factor in coalition bargaining. They were sufficiently suspicious of him that they rejected his bid to become party chairman in 2019 – a decision for which Scholz now expresses full understanding.

Experiences in Britain and France have not been much better. Over the past 50 years, two French finance ministers – Valéry Giscard d’Estaing (profiting from a celebrated 1970s European partnership with Schmidt) and Nicolas Sarkozy – have become president. Three British finance ministers have become prime minister – James Callaghan, John Major and Gordon Brown. None of the five will go down in history as a successful leader. All finished with reputations blighted.

In the unusually lively 12 September debate, Scholz had to fight off attacks from the normally affable Laschet, forced to show aggression to help revive flagging popularity ratings. The chosen field of combat – over alleged shortcomings connected to supervision of financial companies and, last week, a raid on the German finance ministry by regional state attorneys investigating money laundering offences – was unhelpful for Laschet. Most German voters associate these kinds of capitalist misdemeanours with the CDU/CSU, not the SPD.

Germany’s three post-war SPD chancellors – Schmidt, his predecessor Willy Brandt, and Gerhard Schröder, heading a SPD-Green coalition in 1998-2005 – have all fallen victim to internal party factions and coalition bickering.  Scholz would face these difficulties from the start.

Based on the latest polling, the SPD’s share of the popular vote would be only around half that of the previous SPD-led administrations. Scholz would have to decide whether to rule with the Greens, the liberal FDP or the far-left Linke, which all follow mutually antagonistic policies on many issues. In one of many strikingly unmemorable phrases in a 2017 book, Scholz opined: ‘The modern world is complex, complicated and deeply intertwined.’ If he wins the chancellorship, Scholz would become a central exhibit in modern German complexity.