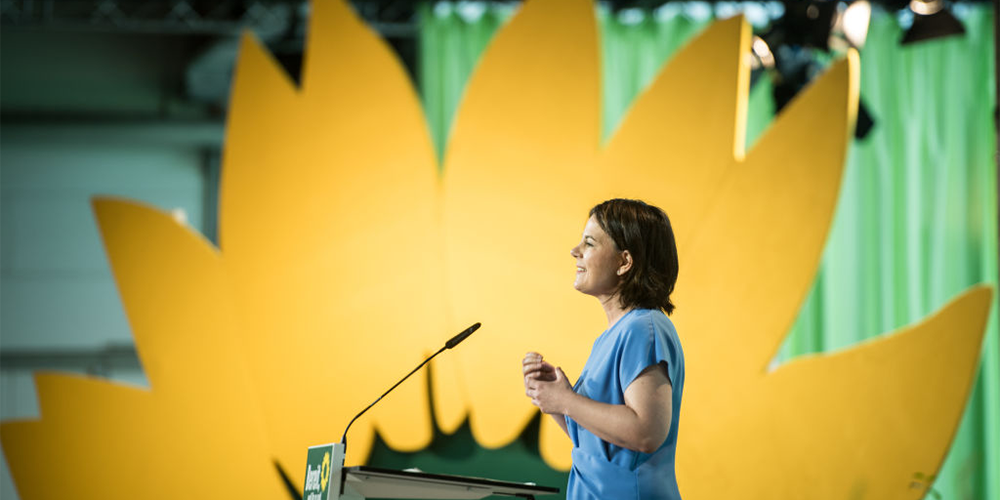 ECB prepares ‘retreat from 2011’: could inflation as well as inundations become polling issue?

Devastating floods have intensified the ‘greening’ of Germany’s election campaign at the same time as the European Central Bank is preparing to announce formally it will resist premature monetary tightening. Both factors will sharpen arguments across the European Union about the right mix of fiscal and monetary policy as Europe’s biggest economy heads into complex political skirmishing ahead of the parliamentary poll on 26 September.

The ECB’s rejection of early tightening, expected at its governing council meeting on 22 July, is designed to draw a symbolic line under perceived historic mistakes when the ECB raised interest rates in July 2008 and July 2011. The acquiescence to this pledge by hawks on the governing council is part of a psychological battle about how the ECB should frame ‘forward guidance’ linking eventual tightening to expected increases in inflation. Working out a policy formula to guide financial market expectations that will satisfy factions on the council with opposing views on monetary easing is a major task for Christine Lagarde, ECB president.

The 22 July meeting marks the inauguration of a new style of ECB communications following the 8 July announcement of conclusions from its 18-month strategy review. This includes promulgation of an ‘ambitious climate-related action plan’ which many activists found disappointing. Lagarde’s press conference will be overshadowed by reaction to the flooding in northwest Germany and adjoining countries, which has claimed nearly 200 lives with many more missing. Politicians across the German political spectrum, led by Chancellor Angela Merkel, have united in linking the floods to global warming and called for more urgent measures to move towards net zero.

The flood disaster is significant for the 26 September election for five reasons, all connected to managing the environmental transition.

First, it will give new impetus to the Greens, who are likely to come second in the contest behind Merkel’s Christian Democratic Union/Christian Social Union conservative grouping. Annalena Baerbock, chosen in April as the Greens’ first chancellor-candidate, has endured two tough months of political sniping and faltering poll ratings after presentational mistakes generated by inexperience and over-confidence. She and Robert Habeck, the party’s co-leader, both maintaining an air of haughty authority after the floods, now see a way of recovering the political high ground.

Second, the episode highlights frequently voiced doubts about the ecological achievements of Merkel’s four successive terms of CDU/CSU-led coalitions. Frequent avowals of environmental policies have failed to spawn a deeper-seated attack on carbon emissions. This is partly because Merkel’s populist decision to speed up the shift away from nuclear power after Japan’s 2011 Fukushima disaster increased reliance on heavily polluting brown coal – countering the impact of increased use of renewable energy. The Greens will be making heavy use of the German constitutional court’s April decision to force the government to tighten its emission targets and become carbon neutral by 2045 rather than 2050.

Third, televised scenes of bursting rivers and threatened dams have exposed the frailties of Armin Laschet, prime minister of North Rhine Westphalia, Germany’s most populous state and a central point of flooding. Laschet – CDU chairman, who has survived CDU/CSU fratricide to become the conservatives’ chancellor-candidate and Merkel’s most likely successor – has long been considered a middle-of-the-road party stalwart strong on stamina but bereft of brilliance or dynamism. His critics see the jovial Rhinelander more at home amid sequin-studded carnival revellers than on the stage of statecraft. Laschet, on 17 July, lived down to his caricature by allowing himself to be captured in a background video exchanging jokes and guffawing while Frank-Walter Steinmeier, German president, issued a pursed-lipped message of sympathy during a joint visit to an inundated township.

Fourth, the German depredations have coincided with debates over the European Commission’s 14 July climate policy blueprint. These plans, aimed at cutting greenhouse gas emissions by 55% (compared with 1990) by 2030 and reaching net zero by 2050, have run into massive disapproval across the EU. Germany will be particularly affected by a revamp of the carbon emissions trading scheme, imposing extra costs on more industrialised economies. German criticism has been muted so far, but a debate is underway on whether Laschet’s policies can cope with the strains on the German industrial model. The conservatives’ manifesto pledges a return to balanced budgets and no extra taxes, despite high projected environmental spending which will now increase further after the floods. Friedrich Merz, a former Laschet rival who has joined the CDU chairman’s side, is one of many within the CDU who believes the candidate’s sums do not add up.

Fifth, scenes of devastated landscapes and upended villages provide a glimpse of second world war trauma which could help shape the September election. The quest for firm leadership combined with a desire for environmental balance in an economy built on cars, chemicals, steel and electricity produce difficult-to-solve political equations. This will be the third post-war episode where floods influence the German psyche. In 1962, Helmut Schmidt, as Hamburg’s interior minister 12 years before he became chancellor, gained national stature through his proactive handling of floods in the port city. Gerhard Schröder, after four difficult years as chancellor, gained election-winning momentum in 2002 by striding in boatman’s boots through areas deluged by the River Elbe. Laschet had been hoping that a low-profile ‘do nothing’ approach, allied with German conservatism, would secure the chancellorship. That policy is no longer on offer. If, thanks to the ECB’s own ‘do nothing’ policy on tightening, inflation as well as inundations become an election issue, September could yet spring surprises.