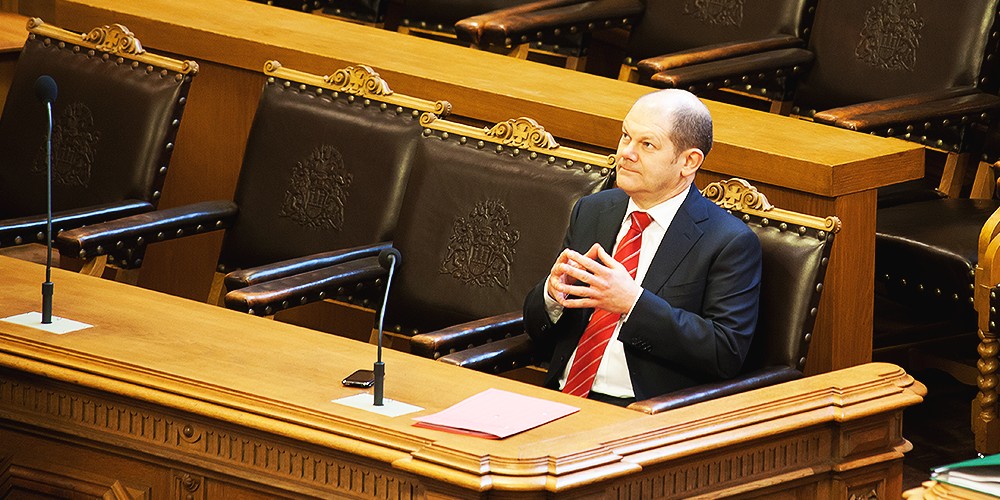 Bankruptcy inquiry a test for Scholz – and for Germany

Scholz, deputy chancellor for his Social Democratic Party (SPD) in Angela Merkel’s latest two and a half-year-old conservative-led coalition, faces his own moment of fracture. This week’s announcement of a German parliamentary inquiry into bankrupt payments company Wirecard greatly complicates Scholz’s newly declared candidature for chancellorship in the 2021 general elections.

The former mayor of Hamburg, mixing technocratic competence and social sensitivity with greater European-mindedness than his predecessor Wolfgang Schäuble, has profited in public opinion from the ministry’s generally activist response to the Covid-19 crisis. For three reasons, the Bundestag inquiry, a mammoth domestic and international investigatory task in the 12 months ahead of the election, represents a crucial test – for Scholz, and for Germany.

First, the probe will analyse the full story behind accounting and regulatory irregularities that allowed a high-flyer in the German Dax index of leading stocks to collapse in ignominy in June after a suspected massive multi-billion-euro scam. Markus Braun, the once lauded chief executive, is under arrest, facing fraud and embezzlement charges. Jan Marsalek, his right-hand-man, is Germany’s most infamous fugitive, his face emblazoned on ‘wanted’ posters in town centres and at airports.

In Germany’s polarised political landscape, parliamentarians will examine why the finance ministry – responsible for Bafin, the financial supervisory authority – did not quiz the company more stringently after media and financial market allegations of faulty Wirecard accounts. Astonishingly, Bafin employees were active traders of Wirecard shares and derivatives in the 18 months before the bankruptcy – news in July that generated generally little comment in the German press. Scholz has been accused of diversionary tactics by cancelling contracts with a small privately organised German accounting watchdog – the Financial Reporting Enforcement Panel – rather than focusing attention on shortcomings elsewhere including at Wirecard’s auditors EY. Optimists in the ministry, on the other hand, hope that the scandal will give the Europe-wide supervisory effort a new lease of life.

Second, the post-mortem will unveil Germany’s efforts to promote digitalisation and innovation in an electronically networked world where Europe risks being squeezed by American and Chinese corporate behemoths. The government, from Merkel downwards, unashamedly lobbied for Wirecard in China as part of a move to showcase a technological leader in a vital growth market.

Officials say these efforts went no further than government support for overseas expansion by other Dax companies such as Siemens. Wirecard played no role, for example, in the ministry’s fintech advisory board. However, the review will highlight whether ministry officials were too close to Wirecard before its demise and whether Scholz was kept sufficiently informed of doubts about its underlying business model and convoluted dealings.

Third, the parliamentary committee offers a tortuous foretaste of post-election German political infighting. Scholz and his officials face intensive interrogation from parliamentarians both from Merkel’s Christian Democrat and Christian Social (CDU/CSU) grouping, with which the SPD are in coalition, and from opposition parties, the Greens, Die Linke (far-left) and the liberal Free Democrats, all possible SPD coalition partners after the 2021 poll. The main opposition party, the anti-euro Alternative for Germany, shunned by the other parliamentary groupings, has long sought a Wirecard inquiry as a means of raising its profile against all the establishment parties.

In the face of impending assault from friends and foes alike, Scholz will need considerable resilience. One of the reasons why the CDU/CSU has consented to the inquiry is because government politicians sense a means of denting his newly launched chancellorship campaign. Next year’s election is the first since West Germany’s establishment 70 years ago when the chancellor – Merkel is stepping down after 16 years – will not be fighting for re-election. Although the CDU/CSU is well ahead in opinion polls, the contours of the next German coalition are still far from clear. In a country which in many ways has an uneasy relationship with capitalism, the Wirecard inquiry will encourage critical questions about politicians’ links with business and finance that could reverberate against the conservatives as well as the SPD.

Only one of Germany’s previous 18 post-war finance ministers – Helmut Schmidt – has become chancellor, although at least four others have harboured that ambition. A string of luckless SPD finance ministers since the 1970s found that running the nation’s finances marks a political graveyard. For the SPD, declining rapidly in elections in the past 10 years, Scholz’s candidature – decided after the party turned him down as leader last year – represents one last chance to improve fortunes. Wirecard may further lower the probability of an SPD renaissance.

David Marsh is Chairman of OMFIF