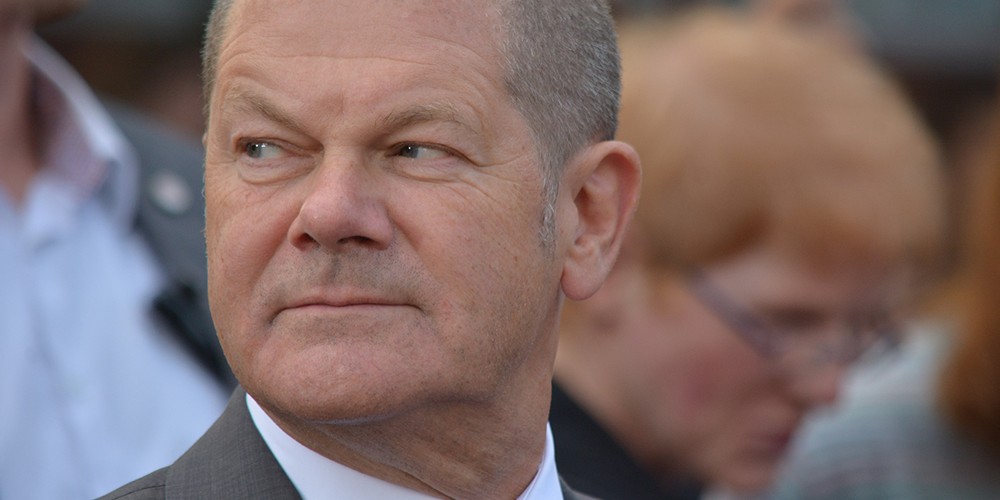 Can Olaf Scholz breathe new life into European social democracy? His nomination as Germany’s Social Democratic Party (SPD) candidate as chancellor in next year’s federal elections is a calculated gamble.

The SPD hopes that Scholz, no-nonsense finance minister and deputy chancellor in Angela Merkel’s coalition, can win back votes lost in recent years to the Greens and the far-right anti-European Union, anti-immigrant Alternative for Germany (AfD). Scholz, like Helmut Schmidt, Germany’s longest-serving SPD chancellor, is a former mayor of Hamburg. It will be an uphill – probably impossible – struggle to recapture part of Schmidt’s grandeur. Tellingly, the former chancellor was ousted in 1982 after long-running SPD and coalition squabbles.

The SPD has slumped from an electoral following of around 40% during the chancellorship of Gerhard Schröder (1998-2005), when the party ruled in coalition with the Greens, to 20% in the 2017 election. Latest polls put the SPD at 15%-16%.

Scholz represents a wider recentering of the European democratic left. These once powerful parties have lost their industrial working-class voter base and been uncertain in handling the new identity and cultural politics associated with green and feminist/trans issues on the left. Social democratic politics has struggled to respond to resentments over 21st century mass migration.

Experiments with electing a nominally anti-system left party, Syriza, in Greece, or opting for ‘marxisant’ 1968-generation leftists like former UK opposition leader Jeremy Corbyn have not worked. However, the social democrat left has done relatively well in the pre-2004 enlargement EU. Sweden, Denmark, Finland, Spain, Portugal, Italy and Malta all have social democratic prime ministers and centre-left parties are in coalition in Germany, Luxembourg and Switzerland.

Normally, Germany’s SPD waits until the spring of election year before choosing its candidate who then has a short six months to make an impression up to the autumn election. Four or five candidates (all men) from the dominant Christian Democrat-Christian Social Union grouping are vying to replace Angela Merkel in 2021. There is recurrent speculation that she might run for a fifth term as chancellor, though she has firmly ruled this out. At 66 she is younger than other world leaders, notably the two men hoping to be in the White House next year.

None of the possible CDU/CSU replacements has Merkel’s popularity or reach. Does this allow space for Scholz, 62, to build support beyond the SPD’s current poor showing? He is firmly in the centre-ground of left politics, rather like Keir Starmer in the UK or Joe Biden in the US. However, Merkel’s conservatives are overwhelmingly ahead in the polls. Scholz could conceivably take power only in alliance with the far-left party, Die Linke. Many in the SPD, which has headed firmly leftwards in recent years and rejected Scholz as party leader last year, would like to do that – but that would reverse SPD policies of the past 30 years and provoke new party ruptures.

As Germany’s finance minister, he has called for an EU-wide unemployment insurance scheme as well as an EU financial transaction tax. With the UK out of the EU, the majority for such innovations in Europe-wide policies becomes more probable.

Scholz has always been one of the strongest pro-Europeans in German politics. Germany sees the EU in utilitarian terms of strengthening German exports and establishing a protective EU circle open to German commerce and providing a reserve army of labour for German employers. In contrast to Wolfgang Schäuble, his predecessor, Scholz has been willing to countenance stronger instruments to build a genuine European banking union. He played a central part in brokering a compromise to break the German constitutionalist court deadlock over Bundesbank bond-buying. And he has strongly supported the European recovery fund agreed in Brussels last month.

Scholz is profiling himself as a new type of German leader who will help Germany face post-Covid challenges with new models of state spending and EU coordination.

Scholz, very much Merkel’s junior partner, now has to seek new freedom while maintaining a Schmidt-like reputation as a prudent guardian of the nation’s money. Many Germans are suspicious of largesse channelled to building bridges in Sicily or propping up illiberal national or religious populist politicians in Hungary and Poland, let alone vote-buying politicians in Bulgaria.

So Scholz’s search for an election winning social democracy will be a difficult balancing act. He must combine Green economics and value-for-money orthodoxy with a sense that more state control and an end to ultra-liberal globalisation are the new dominant themes at national and EU level.

Denis MacShane is a member of the OMFIF advisory board. He is the UK’s former Minister of State for Europe.