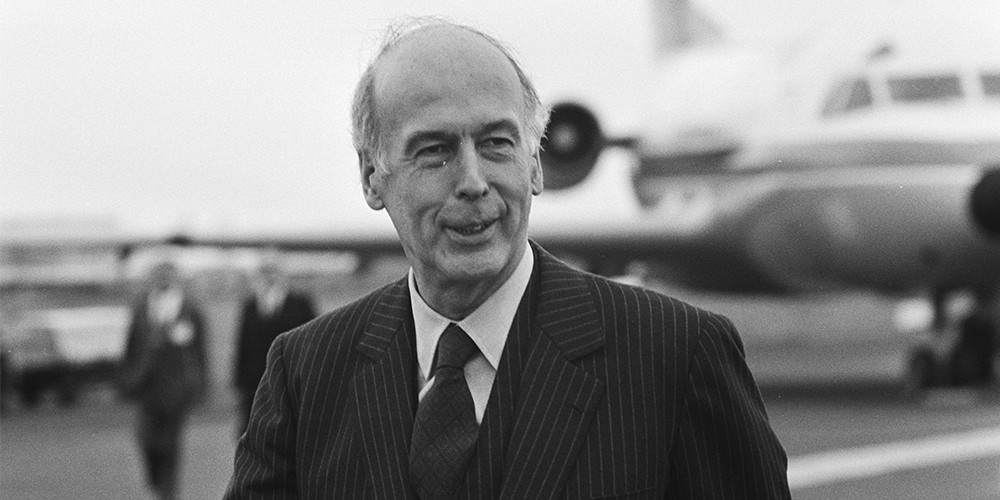 Valéry Giscard d’Estaing, the former French president and finance minister, who has died aged 94, was an enigmatic figure, never properly at ease with his compatriots, epochally significant in fostering post-war Franco-German rapprochement and European integration. He helped forge economic and monetary union and the euro by setting up the European Monetary System in 1978-79 with friend, confidant and sparring partner West German Chancellor Helmut Schmidt, his pivotal alter ego who died in 2015 aged 96.

Far more than other veteran European personalities, Giscard had a significant role on the world financial stage. He gained prominence in the mid-1960s as President Charles de Gaulle’s youthfully imperious finance minister. He supported return to a world monetary system based on the ‘eternal’ role of gold, eliminating the reserve currency status of the dollar and sterling. In that period, mixing disdain with envy, he coined the phrase ‘exorbitant privilege’ describing the benefits accruing to the world’s prime reserve currency. The expression, which some experts attribute originally to legendary economist and Banque de France eminence Jacques Rueff, was taken up by de Gaulle to criticise America’s prosperity to issue depreciating dollars and fund massive profitable foreign investment. In June 1965 Giscard put forward a detailed plan for a ‘collective reserve unit’ that would be linked to gold and composed of the currencies of the main industrialised countries. This marked the conception of the special drawing right, the new composite currency, later born, with considerable European support, by the International Monetary Fund.

The 1970s partnership with Schmidt cast Giscard’s mould indelibly on the European scene. Schmidt and Giscard were self-confident, internationally renowned finance ministers when – within 11 days of each other – they became leaders of West Germany and France in May 1974. The new chancellor and president were men who understood money, with all its codes, charms, whims and temptations. During their respective eight- and seven-year periods in office, Schmidt and Giscard elevated Franco-German monetary co-operation – enshrined in the semi-fixed rate EMS that they constructed in 1979 – to a central instrument for balancing the exigencies of politics, economics and history. They faced different, yet interlocking, requirements. The sensitivities stemming from his country’s bellicose past caused Schmidt to play down Germany’s growing economic might by emphasising currency co-operation – a goal supported by German desire to safeguard German exports by holding down the rising D-Mark. Similar considerations prompted Giscard, with Schmidt’s compliance, to assume the role of catalyst and promoter in a new European monetary framework – even though France’s inferior economic performance, especially its considerable lag in revitalising its economy and fighting inflation, in fact made it the junior partner.

The 1974 transition was an unexpected landmark in the chronicling of post-war Europe. Willy Brandt resigned as chancellor as a result of the unmasking of one of his key chancellery advisers as an East German spy. Schmidt, who had earned a glowing reputation as defence and then finance minister, was the Social Democratic Party’s natural choice to succeed him. Giscard had a similar pedigree, having served nine years as a precocious finance minister under de Gaulle and his successor Georges Pompidou. When Pompidou died suddenly in April 1974, Giscard – a leading member of the pro-European, liberal wing of the French conservatives, with a strained relationship with the right-wing Gaullist mainstream – was chosen as the right’s unity candidate against the Socialist leader François Mitterrand. Giscard defeated his rival in the May 1974 poll and took the presidency aged 48, a record in youthfulness trumped later only by Emmanuel Macron.

Schmidt and Giscard – still more than Mitterrand as president for 14 years from 1981 and his 1980s counterpart Helmut Kohl – were the quintessential Franco-German post-second world war tandem. Both men grew up in the troubled inter-war years. Schmidt was born in 1918 in Hamburg, six weeks after the end of the first war. Giscard was born eight years later in Germany, in Koblenz on the Rhine, where his civil servant father served during the 1920s in the Franco-Belgian military administration occupying the German Rhineland. Schmidt wrote later of his astonishment at visiting the castle that was the aristocratic Giscard’s home.

Both Schmidt and Giscard saw military experience in the second world war, although Schmidt’s – first on the eastern front and then in the German Air Ministry – was far more extensive. As a 16-year-old, Giscard took part in the liberation of Paris in 1944. After Germany surrendered Schmidt became a prisoner of war in northern Germany.

They met for political exchanges in a Michelin-starred restaurant in Alsace in eastern France in 1977 – the first time post-war French and German leaders had met in a region that had changed hands twice since 1870. This was an opportunity for rural ceremony, with the village band playing in the background. Giscard wrote later: ‘Helmut stepped out of his car, wearing his Hamburg seaman’s cap. We listened to the music, shook hands. Amid all this I could not forget the war, the battles, the cruelty. It was as though we were in a stage setting that had been quickly set up to hide the ruins, the rubble, the corpses.’

Giscard’s view of Franco-German monetary co-operation was perpetually imbued by fears of German domination. Finance minister under Pompidou’s presidency in 1969, Giscard visited the UK in November 1970 to discuss European monetary co-operation. His host was British Chancellor of the Exchequer Anthony Barber, who declared to Giscard that Britain was willing to ‘join in any arrangements for linking the currencies of the Community more closely together’.

According to Giscard, the road to a European money was part of a journey that had been abandoned when the gold standard ended: ‘During the second half of the 19th century, up to the 1914 war, France enjoyed continuously successful economic growth and a steady build-up of its engineering industry, with a currency that was totally stable. With their roots in a rural economy and their cultural leaning towards the fundamental values of savings and thrift, the French as a nation cannot cope with an inflationary economy and a weak currency. They thrive on stable money.’

Intertwined with a yearning for old certainties was a firmly-held desire to counter the newer exercise of German power. ‘Why do I talk so much about Germany?’ Giscard asked rhetorically in 1978. ‘Because it would not be a good idea for Europe to be dominated by one country. I want France to ensure that there are in Europe at least two countries of comparable influence, Germany and France.’ Later, more than a decade after he left office, Giscard more adamant still: ‘We need an organised Europe to escape German domination.’

Both Schmidt and Giscard could be acerbic and difficult; this is one reason why they got on so well. A British foreign office official gave this pithy description of Giscard as French finance minister in 1970: ‘From the start it was clear he was going to the top… Giscard’s greatest personal assets are his intelligence, energy, originality and practical ability and experience; and his greatest shortcomings are lack of popular appeal due to his arrogance, cold manner and the silver spoon he allows too obviously to stick out of his mouth.’

Schmidt and Giscard were permanent rivals in arriving late for European finance ministers’ meetings. According to Dutch central banker André Szász, ‘Observing this lack of consideration meeting after meeting, I sometimes could not help feeling that their manners left something to be desired. Giscard has a haughty, languid, quasi-aristocratic air. Schmidt had a bluntness that, combined with a sharp voice and an abrupt manner of speech, earned him the nickname “Schmidt the Lip” (Schmidt Schnautze).’

Age was no barrier for Giscard. In 2002, at 76, he chaired a convention to draft a constitution for the European Union. Many thought he was too old. Yet Giscard prevailed. The constitutional plan was adopted – after setbacks from Dutch and French referendum rejections – in the treaty of Lisbon which entered into force in 2009.

In the end, what remains of Giscard is his success in failure. Neither Schmidt nor Giscard was enamoured with the men who took their place. The two 1970s leaders were indubitably the masters of European finance. Yet, incomprehensibly, destiny selected not them but their successors, Kohl and Mitterrand, so insufferably ill-schooled in the affairs of money, to channel its transforming power into a greater political design, with the birth of the euro. Kohl and Mitterrand initiated monetary union. The fathers were Schmidt and Giscard.