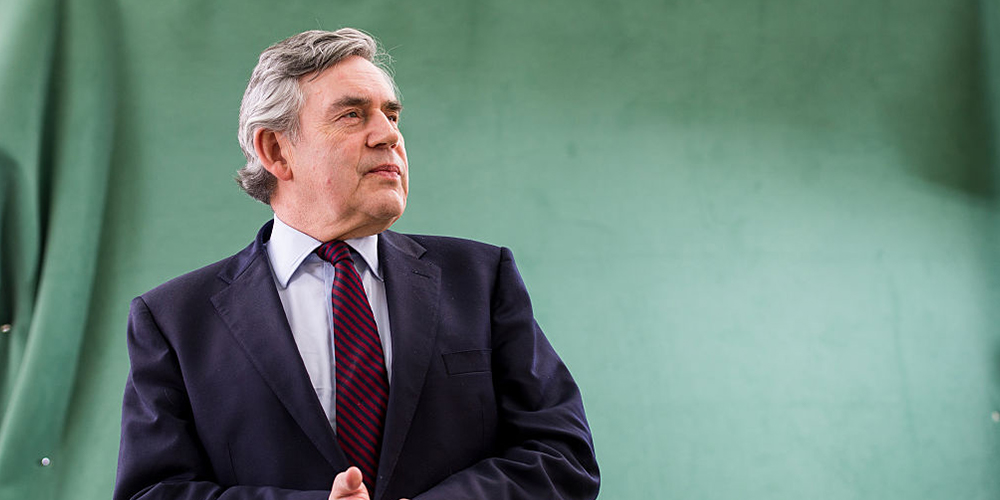 A joined-up approach between governments and central banks is essential for tackling many of the world’s problems. And yet dangers are evident that central banks’ massive purchases of government bonds will end up nationalising financial risks and increasing the gap between rich and poor. That is just one of the thorny dilemmas expounded by Gordon Brown, former British chancellor of the exchequer and prime minister, in an ambitious new book pleading for governments to ramp up global co-operation to build a post-pandemic world.

What Brown calls central banks’ ‘welcome temporary interventions to stabilise the economy’ have obscured ‘vulnerabilities at the heart of the global financial system’. The result is ‘a new source of moral hazard’ since ‘the corporate world has been guaranteed support’. Stock markets, Brown points out, have boomed during the Covid-19 crisis ‘while the real economy is in recession’. He debates intelligently ‘the proper role of central banks – where their responsibilities end and where the direct responsibilities of government begin.’ Independence does not mean ‘the freedom of central bankers to do just what they want’.

This summary of risks and reward is dear to Brown’s heart, as a pivotal player in global efforts to combat the 2008 financial crisis, and a concerned onlooker during the subsequent one in 2020-21. It is one of dozens of complex sets of analysis in Brown’s account. Although now outside the mainstream of UK politics, this ex-PM who has become United Nations special envoy for global education has never left the international political fray. Seven ways to change the world is a prodigiously wide-ranging work by a restless, largely underrated Labour party icon displaced after the 2010 election by Conservative governments he holds in little-disguised contempt.

This 504-page tome, replete with 30 pages of notes, is Brown’s fourth full-length book since leaving office. His output includes an account of the financial crisis, an autobiography and a pre-2016 referendum plea for the UK to remain in the European Union. In between, in 2014 he played a huge last-minute role in persuading Scots to remain in the UK in the independence referendum.

The book can be read on three levels. First, it is a lexicon on seven interlinked aspects of the ills afflicting the world. He ranges with verve and insight – and sometimes an overdose of statistics – over the requirements for preventing pandemics, revitalising economies, forging a zero-carbon future, bringing education to all, resolving world poverty, abolishing tax havens and eliminating nuclear weapons. Each of these chapters would serve separately as a practical handbook for present-day politicians and civil servants, as well as a valuable overview for the general reader.

Brown outlines how a more equitable system of world burden-sharing could help alleviate health problems from the present and future pandemics and achieve greater equality in global development. The man who in 2004 had a chance to become managing director of the International Monetary Fund suggests thoughtful ways of reforming international financial institutions.

The IMF should be turned into a more a bank than a fund. To improve crisis prevention and resolution ‘the IMF must closely coordinate the many financial supervisory organisations that already exist but all too often work in silos’. And he presents a sensible five-point plan for global co-operation to meet binding commitments for a zero-carbon world. In the need to harness ‘scientific and technological breakthroughs’, he compares the drive to America’s (go-it-alone) war-time Manhattan atomic bomb project.

Second, this is a manifesto to persuade readers to take up a commitment to achieve ‘a world managed well’. Among his list of citations is Leonardo da Vinci – ‘Realise that everything connects to everything else.’ Brown proclaims: ‘Populist nationalism can be disarmed and defeated if we are able to show that international co-operation can deliver… peace, stability, social justice and a clean environment… Such reforms do not set out to stop the nation state but to connect nations together.’ Brown ends the book with a direct exhortation: ‘to convey a renewed sense of hope for the future and the part you can play in it.’

Third, he provides some personal insights into the use of power, the limits of the US-UK ‘special relationship’ during the Iraq war and regret about his failure to correct his somewhat remote technocratic image. This was a big factor behind election defeat in 2010, when Labour was suffering badly from the aftermath of the financial upheavals. Disdain for the politicians who succeeded him is not difficult to discern. Britain’s three subsequent prime ministers – David Cameron, Theresa May, Boris Johnson – are not mentioned by name: Brown refers to the ‘leaders’ of the Conservative-Liberal Democrat coalition that replaced him. Donald Trump by contrast comes up more than 30 times, mainly as a living exhibit of a flawed presidency.

During the financial crisis Brown blames himself for not developing a ‘narrative’ to illustrate to voters how Britain’s problems could be resolved only with larger budget deficits. He should have explained this ‘as akin to another sensible everyday form of family budgeting… But I was so busy working out with technical solutions to the crisis… I fell victim to the power of other people stories.’

As a finishing touch to the book’s framework, Brown develops his own thesis on China and the international system. He rules out ‘at least for now’ any rerun of the cold war, backing the line of former US Treasury Secretary Hank Paulson – ‘issue-by-issue co-operation that will demonstrate the benefits of working within the rules-based international order’. He deals competently with internationalisation of the renminbi. He forecasts Beijing will press for an upgrading of the special drawing right and for countries to use the Chinese currency in their reserves and in public borrowing and lending.

On top of all this, he sets down parameters on human rights, Hong Kong and Taiwan. Brown floats the intriguing prospect that one day China, as the biggest economy and biggest shareholder, will press for Beijing to become the IMF’s headquarters. That would be a supreme test for US statecraft – not the least of the conundrums posed by a retired politician who can now claim to have authored a statesman’s guide to the world’s economic future.

Seven ways to change the world – How to fix the most pressing problems we face, Simon & Schuster, London