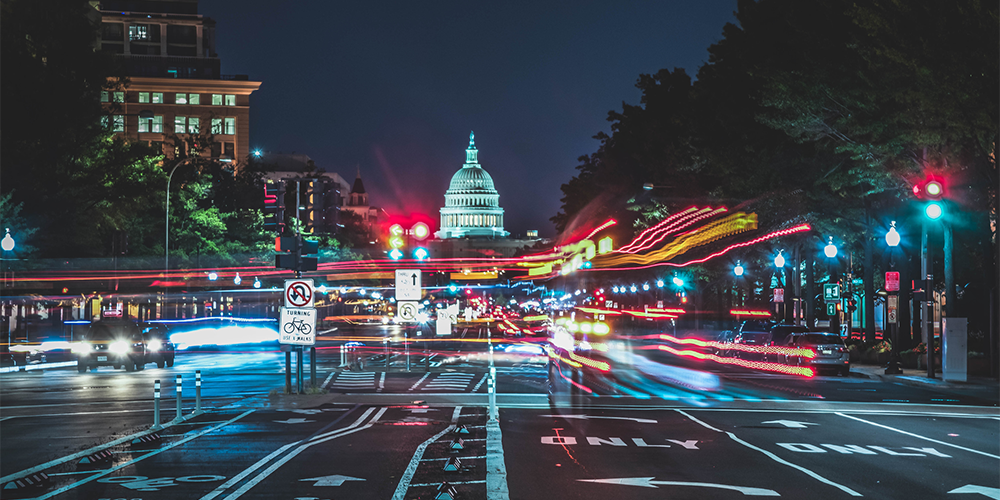 Delegates touched base, but little new information was gleaned

The annual meetings of the International Monetary Fund and World Bank wrapped up on 16 October. Washington DC’s economy is richer for it. Its citizens are relieved the extreme traffic mess – even by DC standards – has abated. Thousands of delegates packed into innumerable meetings, seeing each other face-to-face often for the first time in years. Gloomy views were reinforced, while DC’s liquor stocks were drawn down. Whether much was learned is a different matter.

Below are some key global macro themes gleaned from various gatherings. There were also many discussions on development, climate and payments issues.

Growth will take another hit. Global recession is in the air. Anemic – but recession-averting – growth would elicit cheers.

2. Economic and political hand-wringing about the US abounds.

A mild 2023 recession is seen as a base case. The Federal Reserve has conveyed that inflation is enemy number one and must vigorously be fought. It has also suggested that it is better to run the risk of tightening too much than too little. Many in the private sector, who previously berated the Fed as behind the curve and tightening too late, now fret it’s overdoing it. On the political front, foreign delegates barraged Americans with great trepidation about whether the Republicans would win the Senate and House in the mid-terms and whether Donald Trump would come back in 2024.

3. US authorities are fully cognisant of the global impact of their actions on the dollar.

Dollar strength may persist till the Fed pauses or the rate cycle turns. Some analysts felt dollar strength could persist through the second quarter of next year, but its strength is nearing its peak. There is widespread consensus that global considerations aren’t going to impact the Fed’s interest rate hiking cycle – no Plaza Accord!

4. Europe was often overlooked, but seen to be facing a long, cold, bleak winter.

The European Central Bank narrative is captured by the hawks, yet rate hike expectations will need to peel back once the recession hits with force in coming months. Germany was viewed as having to revamp its growth model away from external-led growth and cheap Russian energy. UK woes offered schadenfreude for many non-UK delegates, but a useful recognition that policy-makers should pay more attention to fiscal sustainability and keep a closer eye on fiscal/monetary policy mixes. There were concerns about Italian debt sustainability and politics, especially with Prime Minister Mario Draghi’s departure, but Europe would have to come to Italy’s rescue if needed.

5. China is no longer a juggernaut.

Optimism about China’s growth potential has vanished since the last in-person meetings. Low sustainable growth is the new normal. Demographics, excess leverage, continued Covid-19 lockdowns, housing, poor treatment of foreign investors and capital outflow prospects all contribute to a structurally bearish outlook. Authorities are seen as likely to resort to housing bailouts and inefficient investment and credits to provide modest support, while seeking to constrain leverage overall. Some debates emerged about whether the authorities might let the renminbi fall sharply to generate external demand, given weak domestic activity. President Xi Jinping’s reappointment and growing authoritarianism garnered much attention as did questions about whether and when China might invade Taiwan.

6. Dollar strength and global downturn were seen as a serious impediment to emerging markets and developing countries.

Capital market access for many, if available, has become highly costly. Many major EMs were seen as having preemptively raised rates and built buffers which will enable them to weather the storm, despite the severe impediments. Systemic EM contagion isn’t expected. Individual EMs and developing economies facing debt distress – low-income countries and Sri Lanka, Pakistan, Egypt, Tunisia, Ghana, Argentina – attracted attention. China was seen as unwilling to accept haircuts on unsustainable LIC debt and a reluctant participant in the G20 common framework, despite some hopeful steps on Zambian debt. The common framework was viewed as a largely failed effort. Many participants were willing to go long for Brazil, if only briefly.

Participants expected the Bank of Japan to stick with yield curve control so long as Governor Haruhiko Kuroda is in power, unless the yen plummets. They felt Japan might intervene again, but to little avail. The Ministry of Finance’s intervention was viewed largely as an effort to show the public the government was doing something.

8. Energy security was a focal point.

Europe may get through this winter, but next winter may even be tougher. Discussions around the G7 oil price cap proposal continued unabated, but with little meeting of the minds as to how successful it will be, and technical details remain to be hashed out. Sanctions on Russia are expected to be ramped up as President Vladimir Putin upped the barbaric attacks on Ukraine and its infrastructure. Discussions about weaponisation of sanctions continuously popped up alongside concerns that it will cause China and Middle Eastern countries to turn away from the dollar, but no viable alternatives to the dollar were seen for the foreseeable future.

These particularly emanated from the insurance or non-bank financial sector. The UK liability-driven investment strategy ructions reinforced concerns. US Treasury market liquidity was another plumbing concern.

10. Geopolitical risks hung over the meetings.

US-China tensions were seen as worsening with both sides adopting extreme positions. The US decision to curb Chinese access to chips was reflected in discussions about blocs, reshoring and friend-shoring. Deglobalisation was viewed as a material challenge, denting global productivity and potential growth. Debates swirled about the state of the actual situation on the ground in Ukraine and how long the war would go on.