Russia sanctions, the renminbi and the dollar’s future 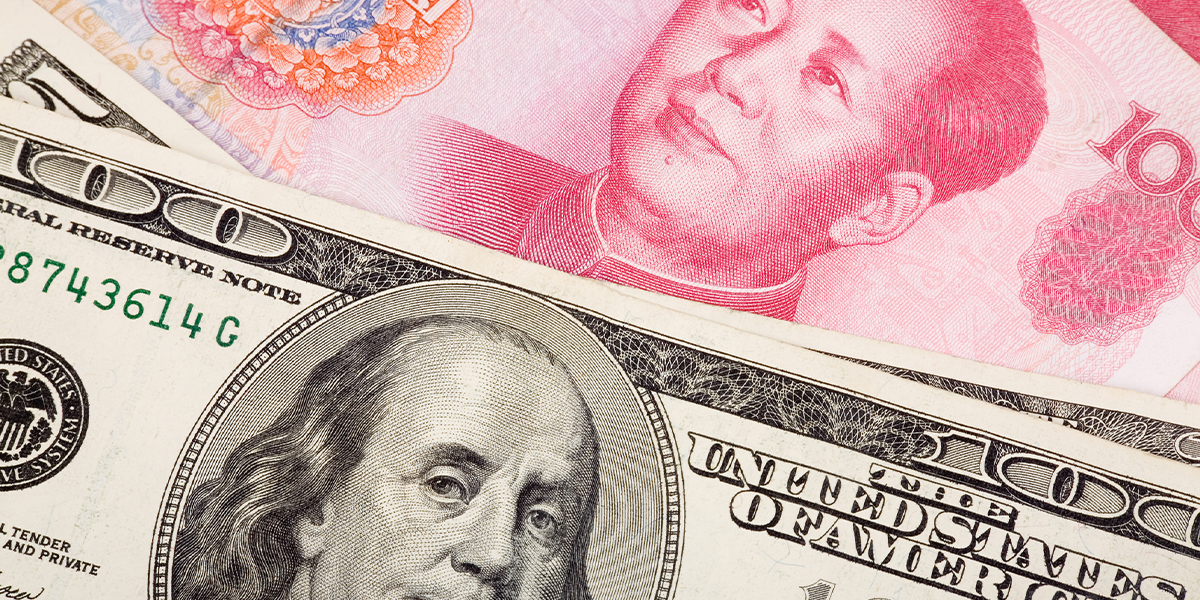 Over 55 years ago, French Finance Minister Valéry Giscard d’Estaing complained about the dollar’s ‘exorbitant privilege’. Whether this is true is a question for another day. Suffice it to say, the dollar’s global dominance remains well entrenched. Yet for years, every ripple in international finance engenders a tedious new round of chatter – will the dollar lose its dominant status?

With the imposition of severe financial sanctions on Russia, rumblings that China will provide Russia a lifeline and rumours Saudi Arabia will denominate oil prices in renminbi, markets are once again abuzz about the dollar’s future global financing role.

The red herring is back!

Will tough financial sanctions break the buck? Though the US should never forgo the ability to deploy unilateral financial sanctions, using such sanctions excessively – especially secondary sanctions – could be a recipe for countries to gravitate much faster towards alternatives. However, the financial sanctions deployed by the US against Russia have been undertaken with US allies and as part of a concerted multilateral strategy to cripple the Russian economy, as discussed in a recent OMFIF podcast. There is little reason to believe that allies will seek to diversify out of dollars given this context. Indeed, given the robustness and upsurge in western unity, the dollar’s role may be strengthened.

But China is hardly a US ally — won’t it have incentives to protect itself? China will undoubtedly reflect seriously on the spate of western sanctions and what it can do to protect itself from such measures. So might some Middle East nations, less than happy with the US.

But that is easier said than done. China will seek to use the renminbi more widely for trade settlement and build out its Cross-Border Interbank Payments System. While the renminbi’s global role may grow modestly in coming years, significant expansion would require developing open and robust capital markets, allowing the renminbi to be convertible and float, respecting property rights and making the central bank independent. While China sought after the 2008 financial crisis and with the renminbi’s entry into the special drawing right basket to promote financial market liberalisation, the gains were limited. It has far to go, and authorities show little inclination to give up their ‘visible hand’.

Also, China is not likely to provide much help to Russia in creating a financial lifeline to bypass sanctions and the dollar. The Russian economy comprises a small 2% to 3% share of the global economy. That share is shrinking fast. Meanwhile, China’s is large and well-integrated into the global economy. It may wish to take advantage of Russian isolation to extract more favourable terms for imports of Russian energy. But it will not put its global linkages at risk for Russia. Already, Chinese officials indicate that China wishes to avoid being impacted by the West’s sanctions against Russia. And Chinese banks are reportedly hesitating, if not refusing, to provide financing to Russian entities.

In the last week, press stories have suggested Saudi Arabia is considering denominating oil prices in renminbi. Even if that were to happen, the Saudis might then turn around and sell the renminbi for dollars and other currencies. Of course, the riyal remains pegged to the dollar.

Will reserves managers, especially in Asia and the Middle East, flee the dollar? Reserves managers are always interested in diversification. But they also need to invest their funds. The behaviour of the last US administration may certainly have induced caution towards the US. But there is simply no capital market in the world with America’s depth, liquidity and absorptive capacity. US financial networks are efficient and globally well-established. Inertia limits the search for a different network.

The euro’s potential, despite the welcome Next Generation EU fund, is constrained by capital market fragmentation and the lack of meaningful European-wide safe assets.

Some emerging market assets, such as Canadian and Australian dollar investments, may provide limited alternatives to the US, but likely only at the margins.

What about cryptocurrency as a means of evading sanctions and weakening the dollar’s role? Cryptoassets face numerous constraints either as a tool for evading sanctions or currency diversification. Their vaunted anonymity is nowhere near as great as it seems. Technological and liquidity constraints limit usability. Price volatility is high. Stablecoins could avoid the volatility of cryptoassets, but the most prominent coins are linked to the US dollar, which may reinforce the dollar’s global role. Nor is a digital renminbi a threat to dollar dominance.

The biggest challenge to the dollar’s future global role is the US. If the US runs its economy decently, maintains its openness, behaves responsibly abroad and avoids excessive unilateral use of financial sanctions, the dollar’s future as a global reserve and financing vehicle should remain well-entrenched. That does not mean its role won’t decline. It is likely that the renminbi’s role will grow modestly and alternative investments may increase their shares as well.

But there is little foreseeable alternative to the dollar – even more than 55 years after the ‘exorbitant privilege’ was coined.