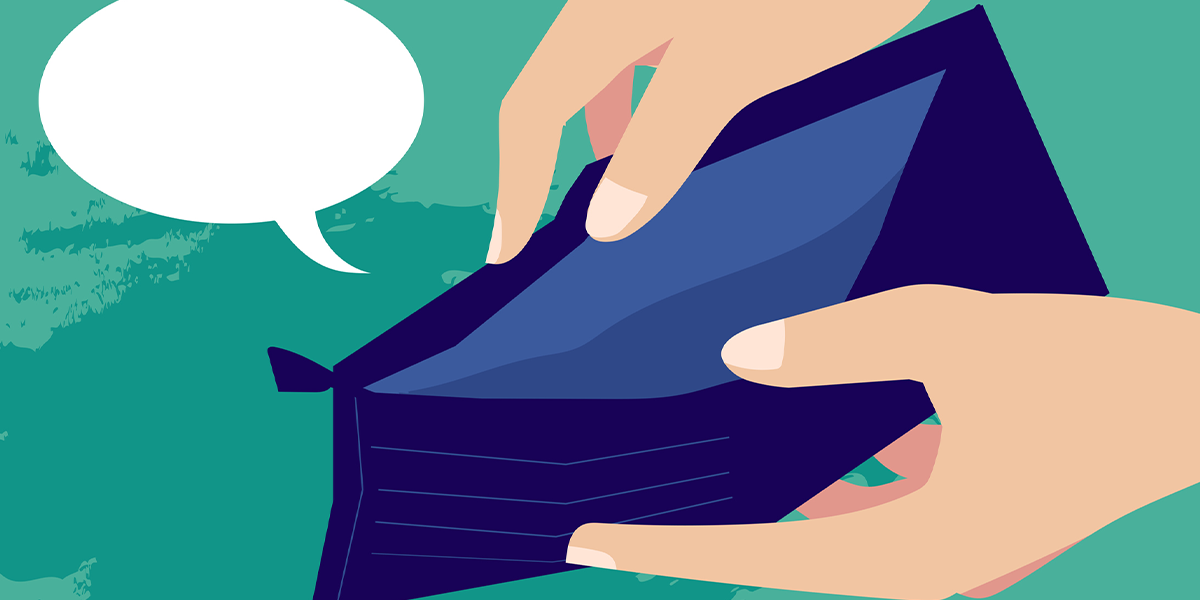 There is little question that the Ukraine crisis is a portentous event for the global economy. The combination of rising prices and stifled growth is presenting central banks and governments with a dilemma about the possible emergence of stagflationary pressure.

Yet the macroeconomic conditions – decades in the making – that have left the US economy vulnerable to economic shocks have remained under-discussed. Chief among these is the rise in private debt and wealth inequality.

In the 1970s and 1980s, the US engaged in a radical restructuring of its economic and financial model. This was borne out particularly in the increasing reliance on private credit as American social security provisions shrunk. The consequence of this was a finance-enabled growth in private sector debt to 170% of US national income in 2006 from 50% in 1950 (Figure 1). 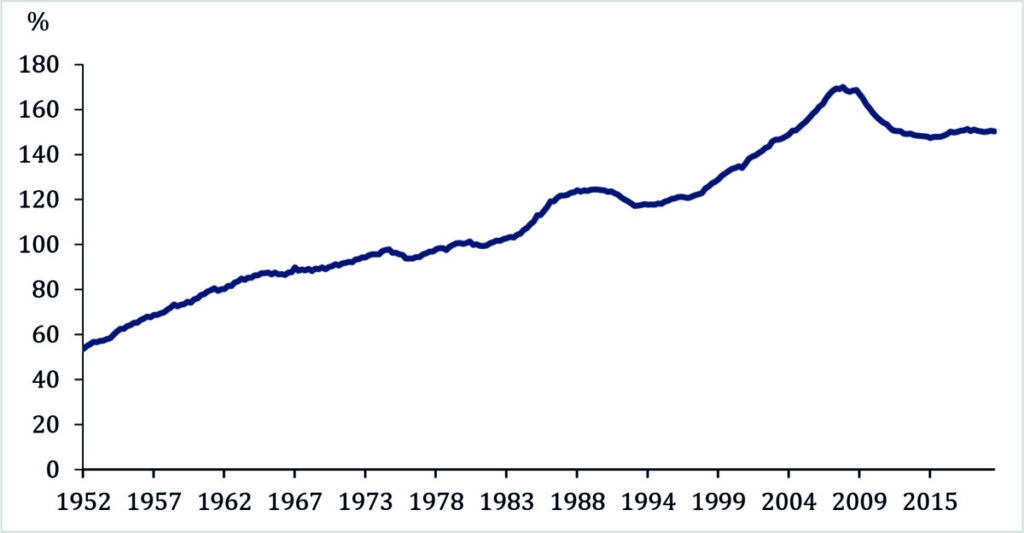 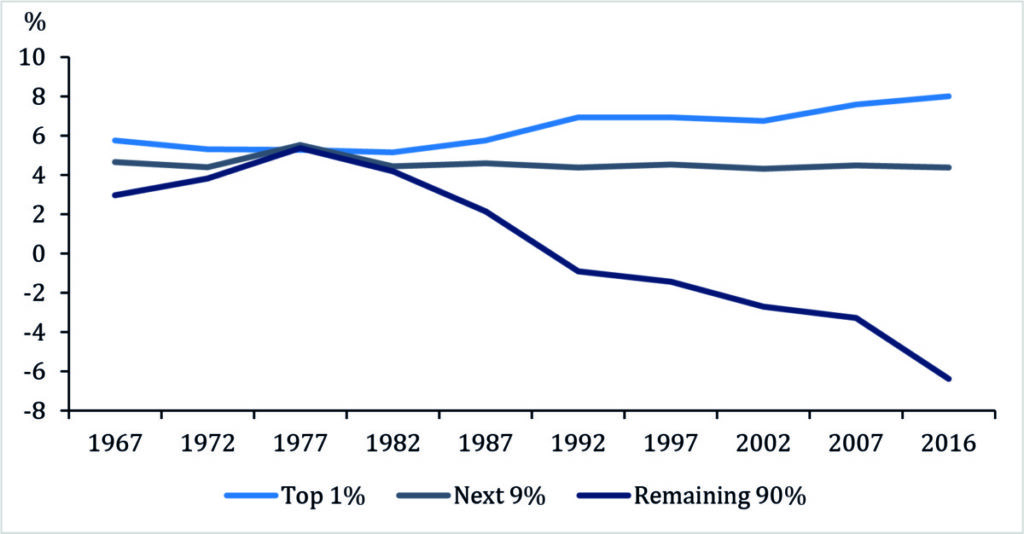 Today, the bottom 90% of Americans are net debtors, while a glut of wealth accumulation has accrued among the top 10% of the income distribution (Figure 2). The consequences of this are twofold.

First, the extension of credit has not produced a medium-term improvement in middle- to low-income individuals’ purchasing power within tight markets. In the case of real estate or automobiles – the chief reasons most Americans take on debt – the extension of credit artificially induced the growth of asset prices as individuals bid up value. This effectively transferred wealth in the economy towards asset holders, widening inequality, spurring further debt and necessitating nearly exponential growth in private leverage since the 1980s.

Second, the accumulation of a savings glut among a wealthy ownership class – one that has not been associated with an increase in investment – has been matched by the vulnerability of the bottom 90% of the wealth distribution. In 2019, the Federal Reserve famously showed that 40% of Americans could not afford an unexpected $400 expense. It is this vulnerability of many people in the American economy that made the Covid-19 stimulus measures so important. The relief allowed millions of Americans to pay off some of their debts and finance many of their immediate expenses. Part of this may have also been due to the US’ lack of automatic stabilisers compared with Europe, necessitating more discretionary stimulus as a means of cushioning shocks.

Although the US is less exposed to the sanctions on Russia and the corresponding shock to energy supply chains than Europe, the crisis remains a significant challenge. The increase in energy prices is likely to hurt lower-income (and generally more indebted) individuals most. If this macroeconomic shock is prolonged – as seems likely – President Joe Biden’s administration may feel compelled to try and convince Congress to offer a fresh round of stimulus measures. Central banks, on the other hand, will have difficult decisions to make about any possible shift into contractionary monetary policy.

If the current spike in inflation reinforces stagflation in the US, the vulnerability of many Americans to economic shocks will have played a role in accentuating the slowing of economic growth. The International Monetary Fund illustrated in 2019 that high levels of inequality tend to correspond with deeper and longer lasting recessions. And if the US does reach into its own pockets to finance a new round of stimulus measures, it would mark yet another case of exorbitant private debt being eventually transposed into public debt in the form of a kind of bailout. This may (at least for political reasons) serve to justify future reductions in public spending.

The Russian invasion of Ukraine is a tragedy for the Ukrainian people and the world. The corresponding sanctions were bound to harm the global economy and particularly individuals whose livelihoods are vulnerable to energy price increases.

Yet the scale of any future period of stagflation in the US almost certainly could have been reduced if the US maintained a stronger middle class with more adequate savings. As much of the world speaks with collective solidarity and outrage about the Russo-Ukrainian war, it may also be important to remember that strong middle classes provide countries with some of the best protection from debt traps and deep recessions.