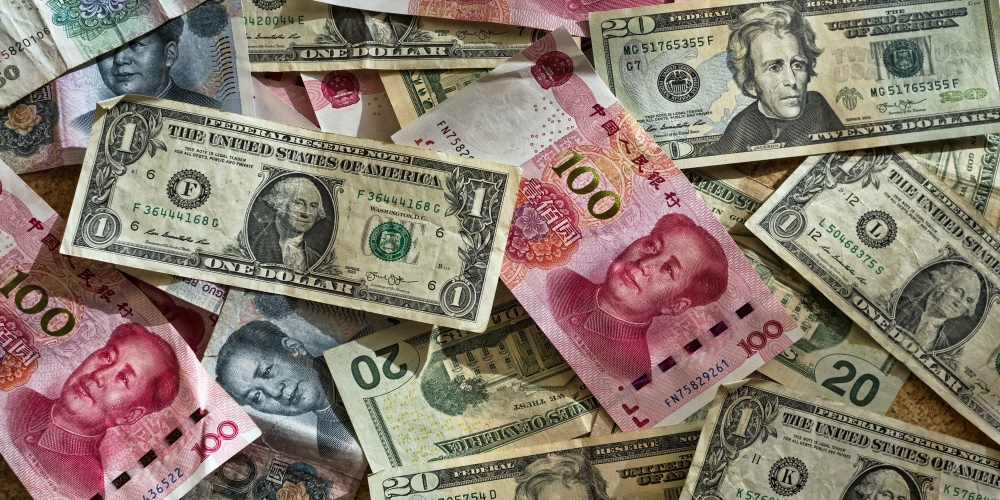 US should focus on keeping its economy healthy

To read the other side of this argument, read China is undermining the dollar’s global role.

More than 50 years after Valéry Giscard d’Estaing lamented the dollar’s ‘exorbitant privilege’ and two decades after the euro’s launch was seen as a threat to dollar domination, the latest mutation has hit – will the digital renminbi surpass the dollar? Adding to the fog are errant questions about whether the dollar’s demise will be fast and furious, and whether it is a winner takes all hegemonic proposition.

Those arguing for a surge in the digital renminbi’s global role seem to view digitalisation as a revolution in the international currency landscape. But large global trade and capital flows already predominantly take place in digital form. Digitalising a central bank currency is not a game changer. But that doesn’t mean that the US doesn’t have much needed work to do in strengthening its payments systems.

The dollar was not ordained as the world’s currency by executive order. The markets chose it. That choice wasn’t simply a reflection of post-second world war US geopolitical dominance. It reflected the large size of the US economy and its dynamism; the unparalleled liquidity, depth and strength of its financial system and capital markets, robust institutions and strong protections for property rights. The US produces the world’s most valued safe risk-free asset. The choice also reflects the openness of the US economy and capital account, willingness to let the dollar float and general absorption of imports from the rest of the world (this doesn’t mean that the US has an unblemished record on trade). The Federal Reserve is also a highly credible independent central bank.

The US should preserve and protect these qualities. Further, as the dollar’s global status became entrenched, inertial and network effects have helped sustain the dollar’s role.

The euro hasn’t caught on as a major global reserve currency. It is heavily used in financing European trade but its global reserve share remains around 20%. The lack of a safe European asset, as distinct from bunds, and the snail’s pace of the capital markets union stymie the euro’s potential global role. Next Generation EU is roughly 5% of euro area gross domestic product and is only getting off the ground. Further, when the euro appreciates, European leaders immediately voice concern that export-led growth opportunities might be lost.

With the renminbi’s entry into the special drawing right basket, a new chorus about dethroning King Dollar started up, reaching a feverish pitch with the digital renminbi.

But China’s financial system is extremely weak. Banks are stuffed with non-performing loans. Capital market development is in train but has a long way to go. The renminbi isn’t convertible and copious capital account restrictions limit openness. Contract enforcement can be arbitrary. Accounting and auditing standards appear lax. China would be wary of letting the renminbi fully float and even more so (and rightly) to move quickly in throwing open its capital account. The errors and omissions in the balance of payments suggest residents may wish to take significant funds out of China. The government’s actions in Hong Kong will hardly fill investors with confidence. The People’s Bank of China, despite an extremely talented staff, is not independent.

Digitalising the renminbi changes none of this.

While the renminbi is significantly used in China’s trade settlement (20%), the renminbi’s current global financial role remains small by many metrics. Earlier this year it was the fifth most active currency for global payments by value, with a share just above 2%. It is slightly over 2% of reported global reserves. The Bank of International Settlements found in 2019 that the renminbi’s role in global foreign exchange transactions was 4% out of 200%. Foreign inflows into China are picking up, though, as Chinese assets are now often included in global bond and equity indices.

It is inevitable that as the Chinese economy continues its impressive growth and trade within Asia increases, the use of the renminbi to settle trade transactions will grow. The renminbi will also likely be increasingly used in global finance.

This trend could accelerate and become quite significant in coming decades if China adopts inflation targeting, substantially cleans up its banking system, opens up its capital account and allows its currency to freely float. But that is not today’s agenda, and not likely tomorrow’s either. The renminbi’s global role will remain modest for the foreseeable future.

The question facing the US is not how to protect the dollar’s global role. Rather, the US should focus on maintaining a healthy economy. Promoting strong economic performance, restoring buffers after the pandemic, tackling challenges and buttressing robust institutions and openness will ensure that the dollar’s vibrant global role is maintained. So will US emphasis on multilateralism, in contrast with the Donald Trump administration’s bilateralism and excessive unilateral use of financial sanctions.

Global roles for currencies shouldn’t be seen as a zero-sum game. If the US and China both run their economies well and promote openness, then the renminbi’s role would rise and the dollar’s relative role decline. The US, China and the global economy would all benefit.