Powell may need to rein markets in at FOMC meeting 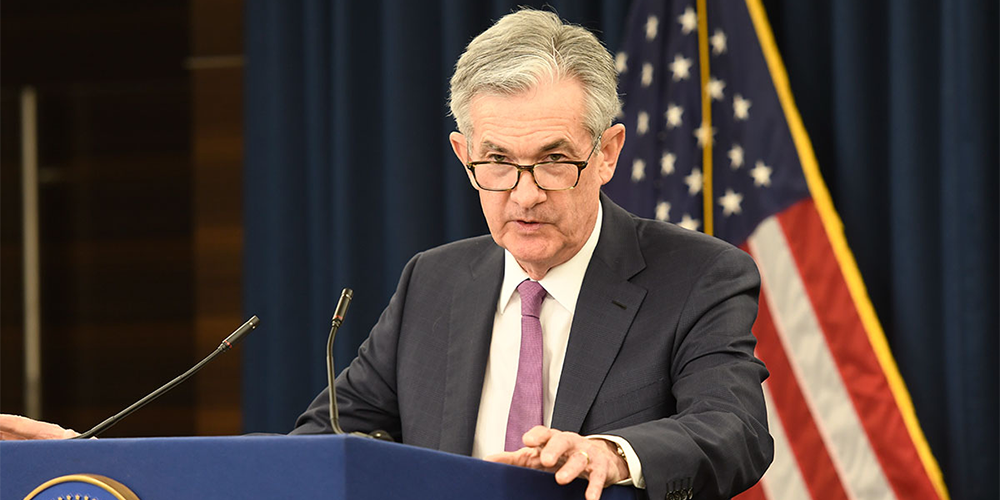 They’re getting ahead of themselves

With a plethora of improved inflation data and softening real indicators, markets are scaling back expectations about the US Federal Reserve’s rate path and betting the Fed will pivot towards accommodation this year. Their optimism might prove right. But for the time being it’s premature and uncertainty still abounds. Fed Chair Jerome Powell may need to rein markets in at the Federal Open Market Committee meeting on 25-26 January.

The FOMC is likely to step down the pace of its rate hikes from 50 to 25 basis points. Many market participants are now betting the Fed won’t hike the Fed Funds rate above 5% and will cut rates in the second half, in contrast with the last dot plot. They are influenced by data showing that inflation has not only peaked, it is coming down more sharply than earlier thought.

But they are getting ahead of themselves.

First, the price data are not as clear as many may think. It’s clear that inflation has peaked and is coming down nicely, especially headline. Participants can pick and choose favourable price data among a sea of indicators – headline, core, super core, trimmed, year-over-year, three-month annualised. However, core prices are stickier than headline inflation, and the trajectory for services inflation quite foggy.

The descent of inflation will not be linear. While gains are significant, the hard work of the last mile still lies ahead. Similar interpretive confusion exists for moderating wage data, though forthcoming employment cost index data should offer insights. The bottom line is that inflation remains above target and there is not yet a convincing message from the data that inflation is credibly heading back to 2%, let alone in a timely manner.

Second, the growth outlook is uncertain. Weakening demand is seen in some quarters as further reason to believe the Fed may turn more accommodative than previously thought. But analysts don’t agree on whether the US will experience recession, let alone when it might start, versus a slowdown or stagflation. Despite layoffs, especially in the tech sector, labour markets still seem robust and unemployment well below its natural rate. That should bolster consumption. The jury remains out on how the economy’s course might impact the supply/demand balance.

Third, financial conditions have been loosening, seemingly contrary to the Fed’s wishes (Figure 1). Financial conditions tightened considerably between June and mid-October 2022, but since then significant loosening has occurred. Stocks surged in the first half of January, before easing somewhat back. Bond yields are way down. The dollar is off. Even bitcoin has bounced back from its lows. Given that the Fed constantly repeats that monetary policy works through its impact on financial conditions, the scale of the easing is not likely to be consistent with the desired policy stance.

Fourth, some market participants may confuse the speed of the journey with the destination and length of the sojourn. The expected step down to a 25bp hike at the forthcoming FOMC meeting reinforces market pricing of a terminal Fed Funds rate south of 5%. But the last dot plot put the terminal rate above 5% and many FOMC speakers aren’t yet backing off. Nor should one dismiss a group of economists who believe the FFR may head towards 5.5% or higher. The Fed is obviously closer to the destination, but its end point is not yet fully clear.

Markets also see scope for rate cuts in the second half of the year. FOMC speakers so far, consistent with the last dot plot which showed no rate cuts till 2024, are showing few signs of budging.

Fifth, the Fed is staffed by economists, not market players, and sees its institutional credibility on the line. Fed economists don’t think like market participants reacting to every data squiggle. Numerous surveys show that economists are less sanguine about inflation prospects than markets – regardless of who ends up being proven right.

The Fed knows it would harm its credibility if it relented too quickly, hurting its reputation and independence. As a matter of risk management and insurance, the FOMC will be cautious amid the pervasive uncertainty and prefer to err on the side of doing too much over too little. Powell would rather be remembered by history as Paul Volcker-like, not another Arthur Burns.

What might all this mean for communications at the FOMC meeting?

Despite an improved supply/demand balance and falling inflation, the FOMC will face communicational challenges. When Powell has taken the podium over the past year and sought to deliver nuanced messages while maintaining a restrictive posture, markets have run euphorically. In contrast, when he has delivered tough, plain English messages, markets have sold off a bit and behaved in a less upbeat manner, more consistent with the desired policy stance.

Given loosening financial conditions, uncertainty and the market’s inability to often appreciate nuanced communications – even if a measured message might be in order – Powell may need once again to lean towards bluntness.