Brazil is undergoing a fintech revolution 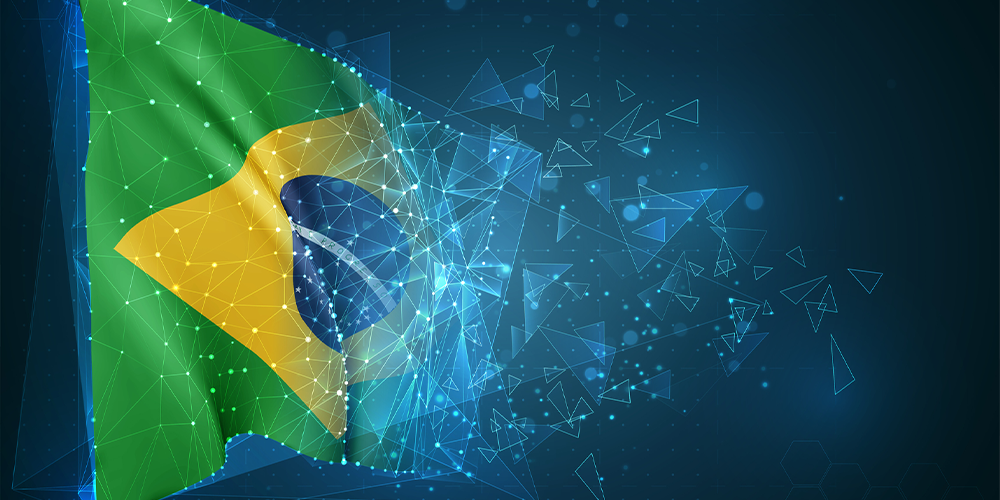 Once considered agitators, fintechs are now part of the financial establishment

Technological innovations are shaking up the world of payments and finance in Brazil. The country has an impressive number of new fintech companies that are disintermediating a very concentrated banking system, serving consumers in ways that the incumbent banks haven’t and offering millions of Brazilians their first bank accounts. Some of these companies are revolutionising the country’s finance industry.

Brazil is well suited to fintech innovations for three main reasons. First, Brazil’s banking system is small relative to the size of the country, and it is heavily dominated by just a few banks. The country’s five bank asset concentration, which is a measure of the five largest banks as a share of total commercial banking assets, has long been around 80%. This bank concentration in the US is around 50%. The rigidity and oligopolistic nature of Brazil’s banking sector has constrained the economy, leaving too many Brazilians unbanked and consumers looking for better and more convenient options.

Second is changing consumer preferences. Brazil’s fintech start-ups identified broad consumer frustration with incumbent banks and quickly jumped in to provide a suite of fintech products, all available via a smartphone and on a comparatively fast time frame. There is also a well-ingrained culture of instalment payments in Brazil. The widespread use of payments for purchases both large and small began in the 1950s with the popularisation of ‘crediários’, whereby consumers could register with a store to purchase items but then pay for them over a series of months. This culture of instalment payments lends itself well to increased digital finance, resulting in a proliferation of payment-orientated fintech start-ups operating in Brazil.

Third, the government has provided several initiatives aimed at fostering greater competition in the banking and payments sectors. The first was in 2010 when Brazil’s regulator ended the duopoly enjoyed by the dominant credit card acquirers in Brazil. By introducing competition and reducing the fees that retailers pay for credit and debit card transactions, savings were passed on to the consumer, ending a period of supernormal profit for the acquirers. The incumbent banks who owned the acquirers were then forced to look for ways to replace these profits and grow in a more consumer-friendly way.

In 2013 Brazil’s central bank became responsible for regulating the payments industry with a mission to ensure that all payment card brands were accepted by all acquirers, as well as launching programmes to increase financial citizenship and offer more affordable credit. Since then, there has been an increase in the number of participants in the payments industry and an emergence of new products, both of which have boosted competition in the market.

Another government initiative worthy of note is Pix, launched in November 2020. Pix is an instant payments system operated by the central bank whereby consumers and merchants can send and receive money via a QR code. Pix is a way for ordinary Brazilians to avoid some of the fees that banks have typically attached to standard services such as money transfers and it is very popular. An estimated 118m Brazilians (two-thirds of the population) use Pix.

There are dozens of new companies changing the way Brazilians buy, save, invest and access a myriad of financial services. These new companies are leapfrogging traditional banking, payments, wealth management and insurance services. They are successfully using consumer data and network effects to challenge and disrupt the sleepy incumbent banks and offer millions of Brazilians their first bank accounts and financial products.

However, there have been failures and there will likely be more to come. Companies in this sector have attracted capital with astounding rates of growth. Unfortunately, for some participants that growth was accompanied by mismanagement in the form of sloppy credit expansion. The most blatant examples have seen a reckoning in their share prices and there will most likely be some consolidation in the sector with stronger players scooping up distressed ones.

Consolidation may also occur due to the fact that consumers are unlikely to have more than a couple of payment or digital banking apps on their phones – there can only be a few winners. The companies most likely to thrive in this industry are ones able to successfully grow around deposit-taking and liability-based products (rather than driven by hasty credit growth).

Brazil’s fintech scene is a classic example of necessity breeding innovation. This is a country where millions have gone underserved by traditional banks for decades. The unmet need for basic banking services is a key reason why Brazil has such a vibrant and innovative fintech scene. The improved experience and lower fees are appreciated by Brazilians across the spectrum. Perhaps Brazil offers a partial roadmap to the future of financial innovations in emerging markets.

This is an edited excerpt of the original article. The full version can be found here.