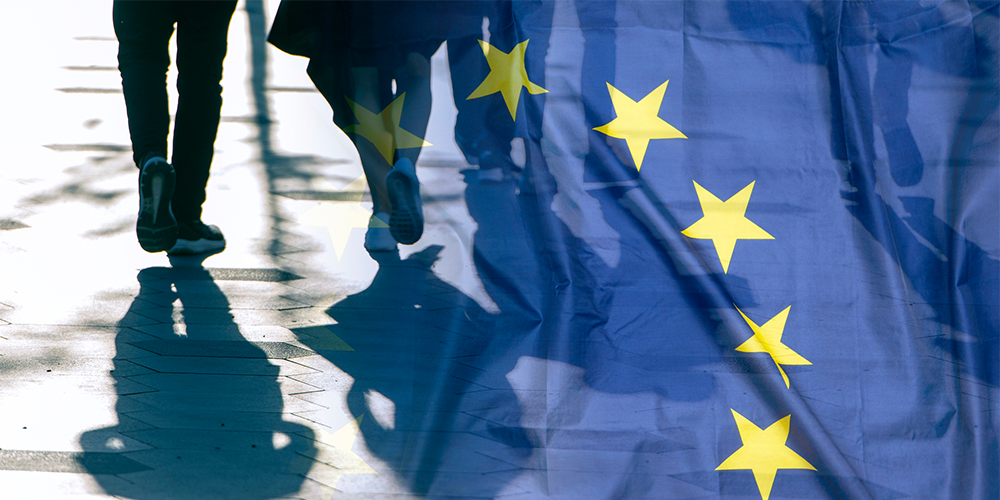 After all the uncertainty which Europe endured last year, it is quite a feat that the European Central Bank’s baseline forecasts continue to predict no recession for 2023. Ultimately these expectations may prove slightly over-optimistic, but markets should acknowledge the strides made since June as the continent pushed for damage limitation from the war and supply issues.

Crucially, consensus over the need for fiscal deployment to stabilise household and industry cashflows in the face of rising energy costs was achieved speedily. For this year at least, reserves appear plentiful to prevent severe declines in activity. The downside risk stated in June of a severe 1.9% contraction in euro area gross domestic product in 2023 is now a distant memory, and the extreme holdings collapse in the euro swiftly recovered.

Over the medium term, the euro will continue to outperform expectations and the ECB can continue its current approach without the challenges its peers face. First, the euro area does not have a household leverage problem which has resulted in material revisions to the policy outlook in the UK and Scandinavia, so the tightening in financial conditions through rates is more evenly distributed across economic agents.

Second, there is significant scope to reduce aspects of the balance sheet without the same effect as outright quantitative tightening as seen elsewhere, especially as targeted long-term refinancing operation loans are repaid. A full unwind of TLTRO-II loans would constitute a reduction of the ECB’s balance sheet by 24%.

Third, despite initial scepticism over credit spreads and the initial framing of the transmission protection instrument, fragmentation risk has not been a major theme and the counter-cyclical fiscal support gives the ECB greater freedom to act on monetary policy. For much of Q3 and Q4 the market took a far dimmer view of fiscal prospects in the UK compared to the euro area.

The 2023 outlook will firmly remain data- and event-dependent, but the ECB’s policy differentials story extends well beyond terminal rates. Rapid changes in the Fed Funds rate have had the biggest impact on sentiment but the commencement of balance sheet contraction through maturities also impacts financial conditions. For surplus economies such as the euro area and Japan, balance sheet contraction is even more meaningful as quantitative policies were in place originally to help fill an investment gap, irrespective of whether the first point of transmission is through monetary policy.

In the ECB’s case, the TLTRO programme was even more explicit. The ECB itself stresses that the ultimate objective is to ‘strengthen the transmission of monetary policy by further incentivising bank lending to the real economy.’ In other words, it is using its balance sheet directly to stimulate investment.

Although meeting its inflation mandate is an important catalyst behind the change in policy, unlike the Bank of Japan (until December), the ECB clearly feels that investment demand can recover enough for them to start withdrawing investment incentivisation. If the investment gap is lower, then the central bank’s balance sheet burden needs to shift back commensurately, which explains the change in incentivising TLTRO repayments.

On a quantitative basis, financial conditions adjustments are mostly reflected in changes in excess liquidity. This is something we have been monitoring closely in the Fed Funds system and is a cleaner measure than looking at outright balance sheet figures. Unlike its peers, however, the share of excess liquidity generated by operations other than large-scale asset purchases is higher, mostly due to the operational constraints of the euro area in bond purchases, which led to necessary innovations such as TLTROs.

As a result of the two rounds of TLTRO repayments in November and December, excess liquidity has fallen by close to €800bn already. Normally, this would be considered material shocks to the system but, as the loans were secured, the repayments have also released large amounts of general collateral, the lack of which had been impeding policy transmission due to some structural issues with the European repurchase market.

Reducing excess liquidity and the overall balance sheet burden through incentivising TLTRO repayments can be presented as net neutral for financial conditions. Optically, the reduction in ‘cheap money’ (which TLTRO strictly speaking was not) on the margins is supporting the euro based on policy differentials as well, especially compared to peers such as the BoJ and Bank of England which have faced struggles in reducing balance sheet sizes, though for very different reasons.

The main operational challenge ahead for the ECB is to ensure that the subsequent reduction of excess liquidity, when TLTRO repayments are complemented by bond maturities, also does not cause fractures. This explains the caution behind the initial €15bn per month reduction plans announced in December, which represents just above 2% of the non-TLTRO excess liquidity balance. Even at such a conservative pace, ECB President Christine Lagarde’s indication that QT is not ‘background’ work but ‘complementary’ to rate hikes indicates that the ECB expects direct transmission effects on financial conditions.

For now, the Federal Reserve’s QT process is more pronounced. Measured by the level of securities held (as opposed to balance sheet size), the US has already achieved a near 2 percentage point decrease of nominal GDP from the Q2 peak, whereas the ECB has only managed 30 basis points. Higher GDP deflators in both countries can bring down the ratio at a faster pace, but we expect the ECB to catch up materially this year. Only setting a pace for four months indicates a clear preference for flexibility. Unlike the Fed, both rate- and quantitative-based tightening risks are still to the upside, and we expect the ECB to allow currency strength to complement the process accordingly.