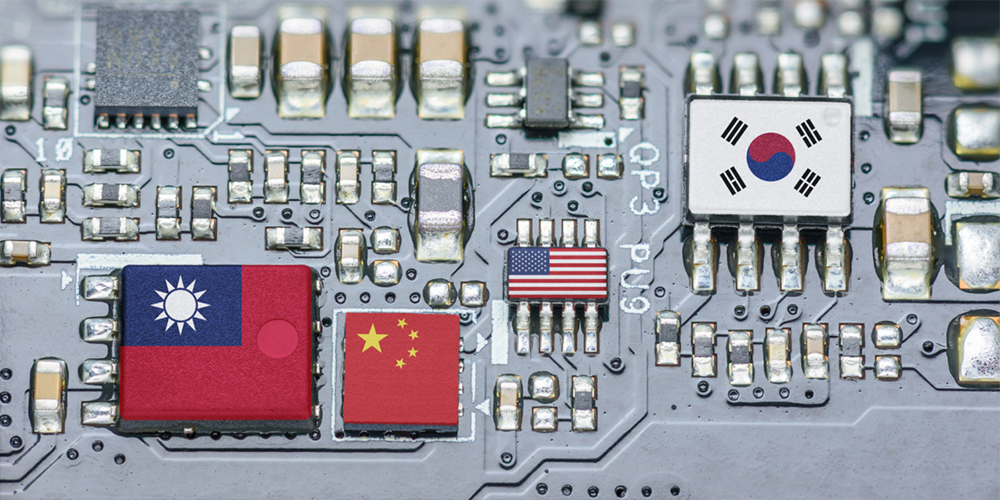 Investment in education, healthcare and climate change will do more to address inequality

Industrial policy is all the rage in western policy circles these days. In the US, the CHIPS and Science Act builds on the 2021 Innovation and Competition Act. Both bills begin with near identical text, as their goal is to support ‘semiconductor manufacturing, research and development, and supply chain security.’ Under these initiatives, the federal government is authorised to spend over $50bn in the next decade to finance the construction of new semiconductor chip factories in the US. A strong stipulation of the financing is that recipients of such funding will be barred from increasing their production of advanced chips in China.

The US is by no means alone in its bid. From the European Union to a number of economies in Asia, subsidies, tax incentives and public-private partnerships are on the menu to support domestic high-tech manufacturing. There are many precedents that are considered instructive, from China’s massive allocation to champion domestic industries in recent decades to Japan’s famed Ministry of International Trade and Industry in the 1960s for subsidising domestic research and development to build on foreign technologies.

But economic historians point out that the experience with industrial policy is mixed at best. Five decades ago, returns from Japan’s industrial policy interventions on textile and mining sectors were not promising, while even successful entrepreneurs who received public sector support complained about excessive government intervention. Also, as evidenced by successive episodes, whether with respect to Japan in the 1980s or the US presently, successful gains of market share by sectors or companies from abroad led to a chorus of protests from domestic competitors who then lobbied for their own quotas and subsidies, creating a cycle of trade friction and protectionism.

Can the public sector find considerable success in picking industry champions and backing them through incentives? It is tempting to look at the experience of East Asian economies and see wisdom in intensive public sector involvement in promoting basic and applied research. But the experience of East Asia is not one of unmitigated success. In addition to Japan’s lack of success in protecting the mining and textile sectors, China’s industrial policy has yet to materialise in major gains at the top end of the technology spectrum. Its record in the semiconductor industry is characterised by tens of thousands of companies seeking government support, with only a few in that cohort showing success in breakthrough developments.

Industrial policy is challenging. It requires government officials with little or no specialised knowledge or expertise to track industry trends, identify potential market failures, address supply chain complexities and coordinate across various industry participants. There is an additional foreign policy dimension, which warrants working with like-minded governments as well. On top of this, officials have to avoid regulatory capture, cronyism, corruption and misallocation of capital. History suggests overcoming these challenges is exceptionally difficult; they either lead to reckless funding or exceptionally conservative decision-making, with the middle point often elusive.

As seen in the US over the last couple of years, when support gathers for industrial policy, so does a wide variety of political interests. There are numerous instances of linking grants to use of domestically sourced technologies and components, as well as requiring foundations and universities to take into account a myriad of considerations, from rural development to poverty reduction, before spending on research. As noble as these goals are, as far as the highly competitive arena of cutting-edge technology is concerned, it might be better to keep objectives clear and simple.

Many billions are needed to develop the latest generation of semiconductors. The US chip companies made a strategic decision several decades ago that the most profitable combination was to concentrate on domestic design while outsourcing manufacturing. This led to massive profits for the companies, but presented an uncomfortable visual of the US’s global share of chip manufacturing declining.

Now, in an effort to create domestic jobs and raise the global share, enormous amounts of taxpayers’ funds are being allocated to subsidise those very companies that had made the call decades ago to produce elsewhere. What will the ostensible return of jobs and gains in domestic production garner? Perhaps some political capital under the notion of a more resilient supply chain. What will be lost in this enormous effort is the chance to promote multilateralism, efficient allocation of capital and a truly competitive and dynamic private sector.

Beyond the craving for resiliency, there have been other drivers pushing back on globalisation, especially the glaring rise in inequality. It is however doubtful that industrial policy, which is largely geared towards large corporations, would solve that. Arguably, progressive tax and wage policy, skills training and better targeted social safety nets would help reduce inequality far more effectively than massive subsidies to tech giants. Gains from globalisation have not been even, and some course correction is warranted with respect to national security and protection of intellectual property. But the current trend is worrisome, and is likely to reverse the gains from trade over the past several decades.

The danger of devoting so much resource to industrial policy goes beyond inefficient allocation of capital and reversing gains from trade. The undermining of multilateralism hurts the ability to deal with global problems, the ones that loom well above great power rivalries. From climate change to the pandemic, existential issues require urgent global co-operation. These epochal challenges will remain insurmountable if nativist policies keep resources and ideas locked inside certain borders.

The public sector plays an exceptionally important role in promoting basic research and building physical infrastructure and human capital. Investments in education, scientific undertakings, healthcare and climate change are the elixirs of long-term productivity and prosperity. There is enormous room and promise for state intervention in these areas. Picking future industrial winners is not one of them.

This article was originally published in the OMFIF Bulletin, Autumn edition.