Reasons to be optimistic about China’s recovery 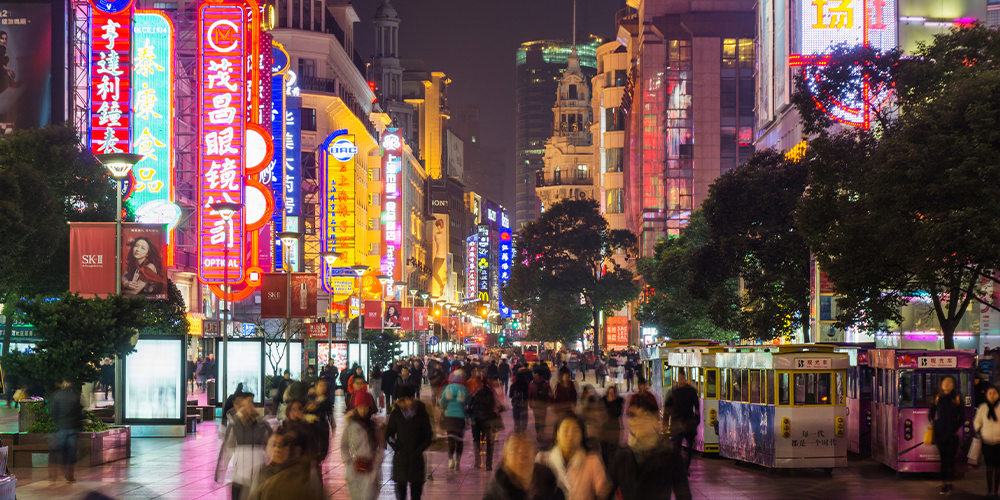 With Covid-19 in retreat, the Chinese government has an opportunity to return to a more pragmatic approach to public health and the economy. Once the lockdowns are lifted, significant stimulus is likely to be introduced, which should lead to a second-half recovery.

The number of new Omicron cases among the general population in Shanghai (excluding those in quarantine facilities) has been falling steadily, which means the end of lockdowns in the city should come soon. During each of the five days through to 18 May, there were zero new cases in the general population and three cases on 19 May, compared to 1,246 cases on 10 April. There were fewer than 10 cases per day over the last 12 days in Shanghai. The total number of Omicron cases nationally (including in quarantine facilities) has fallen by 96% from the April peak.

Officials in Shanghai have, for the first time, announced detailed plans for reopening the city in the coming weeks. Soon after people are released from home confinement and allowed to return to factories, offices and shops, I expect the government to initiate a major stimulus programme, designed to support a visible economic recovery by the time of the Party Congress in autumn this year, when Xi Jinping will formally be awarded a third five-year term as party chief.

Expect stronger credit flows to corporates and households and more rate cuts, including for mortgages. There will be more government spending, including for public works projects. Support will be provided for small firms, including loan and rent relief, as well as additional tax cuts. And there will possibly be direct aid to consumers to jumpstart post-lockdown spending.

The consumer price index is rising in China, but not nearly enough to make the People’s Bank of China nervous about easing, in contrast to the Federal Reserve’s plans for tightening. In the first four months of 2022, China’s CPI rose at a healthy 1.4% pace, compared to 8% in the US and 6.9% in UK. This follows the 2021 experience, when CPI rose 0.9% in China, 4.7% in the US and 2.5% in the UK.

Most of the news coming out of China is gloomy, making it easy to feel pessimistic. I remain optimistic, however, because the main problems are poor short-term policy choices by the government rather than deeper, structural issues that are harder to correct. Over the last three decades, Beijing has made many poor choices, usually driven by misguided political factors. But the government has usually changed course to a more pragmatic path, and I expect that to happen again.

It’s worth remembering that the leadership of the Chinese Communist Party, including under Xi, has succeeded when it has been pragmatic.

When I first visited China as a student in 1980, its per capita gross domestic product was less than that of Afghanistan, Haiti and Bangladesh, and 80% of China’s population was living below the World Bank’s poverty line. Today, Chinese consumers are estimated to account for 20% of global luxury sales. Last year, the Covid-19 recovery in inflation-adjusted private consumption was greater in China, compared to 2019 levels, than in the US and the euro area.

This was all the result of pragmatic policies that emphasised market-based reforms and reduced the economic role of the state. When I returned to China in 1984 as a junior American diplomat, there were no private companies – everyone worked for the state. Today, around 90% of urban employment is in small, privately owned, entrepreneurial firms. With the state sector continuing to shrink, almost all of the net new job creation comes from private companies.

Some investors have been concerned that last year’s regulatory crackdown was an effort to roll back China’s private sector. However, Xi is attempting to address the same socio-economic concerns that most democracies are wrestling with, although initial implementation has been chaotic. If the regulatory process is improved, and Xi succeeds in reducing inequality and strengthening corporate competition, he could lay a foundation for the next phase of China’s market-based development.

There has been some evidence of a return to pragmatism by Beijing. Negotiations between the Chinese and American governments on a process for the US Public Company Accounting Oversight Board to inspect the audit workbooks of accounting firms in China working for Chinese companies listed in New York had been deadlocked for many years. With a deadline approaching that could lead to the de-listing of all Chinese companies from US markets, Beijing announced it is now willing to accept the same PCAOB inspection process that is in place in 25 other countries.

I expect the PCAOB to undertake several trial inspections of Chinese accounting firm workbooks in the coming months. If those go smoothly, a deal to avoid delisting should be announced by the end of the year.

Andy Rothman is an Investment Strategist at Matthews Asia, responsible for developing research on China’s economic and political developments. He previously lived and worked in China for more than 20 years and was a US diplomat focused on China.