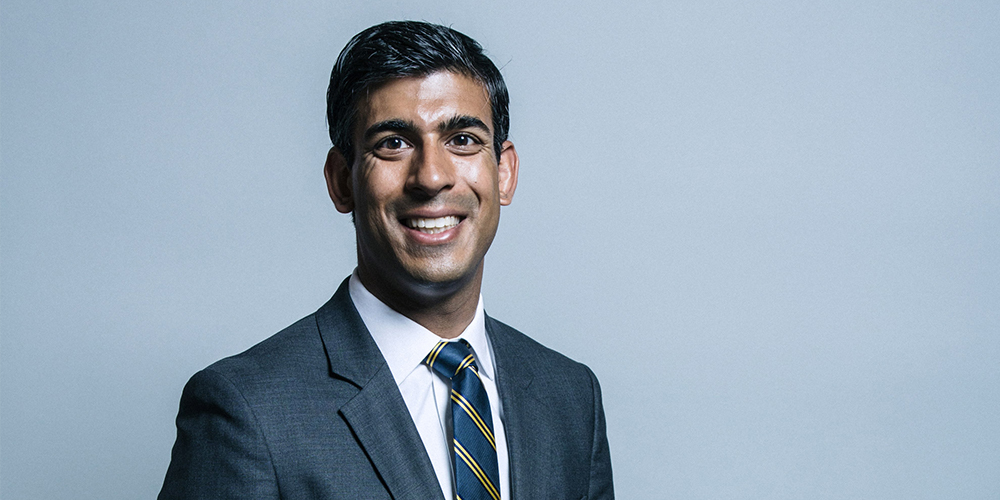 Welfare should be main priority in the UK Spring Budget

Amid a promising vaccination programme and the prospect of returning to normality in June, all eyes will be on Chancellor Rishi Sunak next week when he announces the details of the Spring Budget.

Sunak has had a turbulent journey as chancellor so early in his career. When he was appointed to the role in February 2020, Covid-19 was a puff of smoke on the horizon. Since then, it has blighted the global economy. All the rules of prudent finance imposed after 2010 have been abandoned in the UK and around the world. Most governments have borrowed and spent like there was no tomorrow. But even so, UK gross domestic product fell by the largest percentage ever.

The debt to GDP ratio is through the roof and yet interest rates are comatose. The debt will need to be repaid (or at least serviced) but there is no clamour to pay it back immediately or chart the path back to the euro area ratio target of 60%.

As expected, the cry has gone up that the chancellor must not tax income, let alone wealth. Inheritance tax is too sacred to touch and corporations need more tender loving care. That is the refrain before every budget. However, for this budget at least, it may be appropriate. Balancing the budget and reducing debt must be seen as subsidiary aims.

Economic policy should prioritise restoring life and livelihoods as much as possible to pre-Covid levels. The focus should be on rebuilding the welfare state, at the very least to where it was before the austerity of 2010-15. The ultimate goal should be to ‘build back better’ as the prime minister has promised.

The correct strategy would be to hold back on increasing taxes for now. The priority should be to bring Universal Credit up to a decent standard in terms of sums paid and reduce fines and cuts imposed on claimants. A number of temporary concessions granted during the crisis (children’s lunches during school holidays, for example) should be retained and made permanent. It should not be necessary in a rich society to have food banks. If senior citizens can be guaranteed triple lock, so can the bottom 20%.

But the task of restoring public finances will not go away. The toughest task for Sunak is to think through the tax structure so that it is bouncy (income elastic) as well as fair. He should remove anomalies such as the loophole that encouraged people to set up as self-employed to escape national insurance contributions and help employers escape new employment contracts (the IR35 reforms).

There are many more loopholes built into the tax code. The Labour Shadow Treasury team reportedly found more than a thousand loopholes that enabled individuals and corporations to escape income tax legitimately. These loopholes were added under both leading parties. Steady work to remove such concessions would pay handsome dividends. Income tax rates would not need to change and revenues would increase even so.

Wealth taxes cause alarm. Any tax on residential property brings out the troops. The financing of social care has been crippled for decades because of the reluctance to ask families to draw on the equity of their property.

The saga of municipal taxation from domestic rates through poll tax to council tax has just one theme: reluctance to touch the unrealised capital gains from the continued increase in house prices. Local authority finance has been crippled due to the inelasticity of council tax revenues to price increases and/or income growth.

Successive governments have been reluctant to challenge this but there is still time to take it up this fiscal year. The chancellor should appoint a standing commission to report on property prices as reflected in transactions around the nation area by area. The council tax bands or the rates need not change. But the taxable value should not be the initial value at which the transaction was first carried out.

The overall increase in prices as recorded for each house type should be applied to the amount taxable. If a family bought a house for £250,000 in 2005 but now the house is worth £400,000, the taxable value should be adjusted accordingly and the property moved up the bands to close the gap.

Through machine learning, we are now able to handle thousands of observations quickly and model price increases by relating them to multiple characteristics, such as location, type, surroundings and amenities. This has to be done thoroughly. The commission can then be reduced to a routine operation. It will solve a problem that has troubled governments for at least forty years.

Sunak should not be hasty or do anything unexpected by way of new taxation in this budget. He should use the time productively to tackle the longer-term problems of public finance.