ECB at risk of going too far on inflation 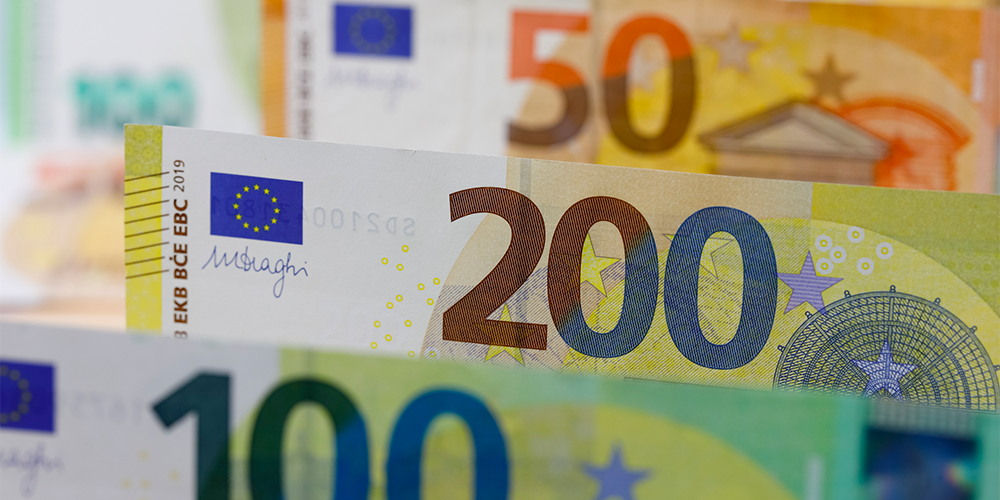 Don’t make the recession harder than it has to be

The European Central Bank has done a better job in the last two years than the Federal Reserve, which ignored the inflationary consequences of the US’s outsized fiscal response to the pandemic for far too long. Nonetheless, the ECB is now at risk of making a standard policy error.

Having stuck to an overly loose monetary stance for too long in 2021, the ECB now seems inclined to overdo its response to inflation. After underestimating the structural uptrend in inflation that started in 2017 amid emerging labour shortages, the ECB now seems to be overestimating the inflation pressures that will persist after the current spike in energy, food and transport costs has run its course. The modest decline in euro area inflation to 10% in November from 10.6% in October, largely due to less elevated oil prices, suggests that the worst of the imported inflation shock could soon be over.

Raising rates by 50 basis points on 15 December to 2.5% for the main refinancing rate makes sense. But going beyond that in 2023 would go too far. Euro area demand does not need to be reined in by tightening policy beyond such a roughly neutral level.

To assess the genuine inflation risks, look at demand first.

Backward-looking data seem to show a significant contribution of demand to current core inflation in the sense that prices and sales volumes have rebounded at the same time for many goods and services since mid-2020. However, this largely reflects the post-lockdown reopening of economies rather than a genuine strength in consumer demand.

Euro area private consumption has not yet risen above its pre-pandemic level in real terms. In the fiscally supercharged US, consumers spent 7.1% more in real terms in Q3 2022 than they did in late 2019.

Looking ahead, Europe’s winter recession will be disinflationary, and probably more so than usual. The fall in private consumption will play a bigger role in this downturn than in past recessions. The 2.8% monthly drop in German retail sales in October may be a harbinger of bad news to come.

Now consider the interaction of demand with supply. In her La Toja speech of 30 September, Isabel Schnabel, ECB board member, argued that the energy crisis will hurt demand and supply and that the net impact on the balance of supply and demand is uncertain. However, economic logic and the available data suggest that demand will fare much worse than supply.

Consumer confidence (demand) has plunged far lower than business confidence (supply and demand). Despite an uptick helped by government measures to limit the pain, consumer confidence remains close to a record low. Scared stiff by record bills for bare essentials such as energy and food, consumers will not open their purses for other items any time soon.

Some businesses are shutting down production in response to the energy shock. In the non-tradable sector, some companies cannot pass on their higher energy bills to customers. However, that apparent destruction of supply reflects a weakness in demand that no longer allows some local bakeries to raise prices in line with costs, for instance.

In the tradeables sector, some firms are closing the most energy-intensive lines of production because the product (for example ammonium) can be imported less expensively from abroad. For the inflation outlook, however, this is only a minor loss of supply. Foreign supply fills the breach at modest extra costs. As resources are freed up at home, changes in the production pattern in response to a shift in relative prices will be almost neutral for aggregate supply in the policy-relevant medium term.

The ECB correctly points to a broadening of inflation. But beyond the post-pandemic reopening effects for some services such as hospitality and tourism, this largely reflects the pass-through of higher energy costs. For example, my Berlin hairdresser raised her prices by 20% four weeks ago because of the heating bill – and not because her clients are using her services more often.

In the wake of two dramatic shocks – a pandemic followed by a war on the doorstep of the European Union – the outlook is even more uncertain than usual. The ECB has to weigh the risks carefully. To some extent, the ECB may want to err on the side of tightening too much rather than too little. Once inflation expectations have become unanchored, which is not yet the case, the fight against inflation would become harder and more costly.

But an unnecessarily deep or long recession would also carry risks. For example, what could be the impact on geopolitical risks – and on energy prices – if a deep downturn in Europe bolsters Vladimir Putin’s hope that Europe’s resolve to fully support Ukraine will weaken over time, potentially encouraging him to go on and on? We do not know the answer.

Such geopolitical risks argue for caution both ways. Once rates have reached a roughly neutral level, the ECB should take care to not make Europe’s disinflationary winter recession even more painful than it will probably be anyway.