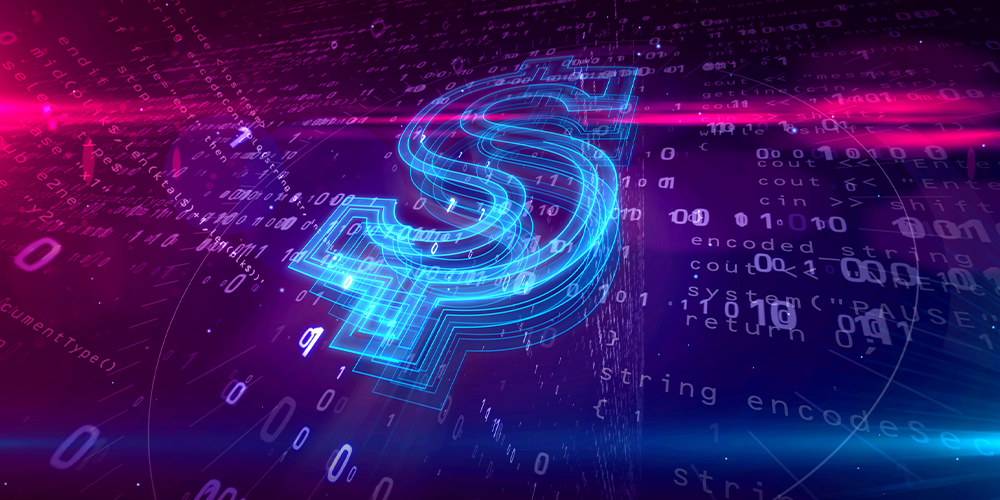 ‘As use of cash decreases, the public’s access to money shifts increasingly away from central bank money to commercial banks, which can fail,’ said Andreas Jobst, chief economist for ROXE, a blockchain company that builds payments and digital commerce solutions, and global head of macroeconomic and capital markets research at Allianz, one of the world’s largest insurers. Providing access to a digital equivalent is, therefore, a valuable innovation, since it overcomes the rising opportunity cost of holding cash. But what is meant by ‘digital equivalent’ is not entirely clear.

On one hand, a conventional central bank digital currency could function in much the same way as contemporary digital payments: with a variety of tools to transfer ownership of money from one registered account to another. Each transaction is tracked and logged by the payments provider. The key difference would be that the money transferred would be a liability of the central bank, rather than of a commercial bank.

But cash, the central bank money we use every day, does not have these qualities of transactions being tracked and logged. Cash is used with relative anonymity and no automatic record. Transactions take place on a peer-to-peer basis, with limited oversight. Digital cash would replicate these qualities, providing a means of making digital payments privately.

Earlier this year, Stephen Lynch, a Democratic member of the US House of Representatives from Massachusetts, sponsored the ECASH Act, which would task the US Treasury with creating ‘e-cash’ — a peer-to-peer digital payments system to digitally replicate the features of cash.

The obvious risk here is the government’s lack of ability to oversee transactions and prevent crime. This is something financial intermediaries would normally handle and requires policy-makers to make a critical trade-off. In some jurisdictions they will feel that giving citizens the capacity to make peer-to-peer digital payments anonymously creates too much risk of crime. Others will feel that providing a secure, private transaction network to reduce the risk of data mining and broaden financial inclusion justifies that risk.

Jobst takes a different view, pointing out that a well-designed CBDC can protect privacy while retaining the possibility of identifying transactions for legal or regulatory purposes.

One major difference between e-cash and other forms of digital currency is that the former would be a bearer instrument. This means that if you lose the hardware on which your currency is stored, you have lost it as completely as if you had lost a wallet full of bank notes. With account-based digital currencies, it is much easier for the account provider to restore lost currency.

But the advantage of this absence of recoverability is that it comes with a lower barrier to entry and can be used without internet access. It could offer citizens quick and easy access to digital cash when they might be shut out of the conventional banking system. Jobst points out that those who lack access to traditional banking services, either because of their location, income, background or preference, might benefit from e-cash which, as well as offering greater privacy, would have no transaction or withdrawal fees.

This feature is a result of the fact that e-cash is token-based, rather than account-based. While this allows relatively anonymous use, Jobst warns that it ‘could raise interoperability issues with other digital assets’.

However, the absence of centralised oversight and control could bring risks to the rest of the world. Dollarisation is already a threat to emerging market economies and Jobst warns that the availability of a digital dollar could worsen currency substitution, complicate monetary policy and worsen vulnerabilities from currency mismatches. ‘Without appropriate safeguards,’ he warned, ‘it could facilitate illicit flows and make it harder for regulatory authorities to enforce foreign exchange restrictions and capital flow management measures.’

The creation of state-backed digital money may also present a threat to banks. If customers switch their deposits to a CBDC or e-cash, banks’ funding base could be put under pressure. E-cash would not be remunerated, so the opportunity cost of holding it versus commercial bank deposits would help deter customers from switching all their savings. For CBDC, the situation is more complex and would require two tiers of remuneration.

Another respect in which dollar e-cash would differ from traditional CBDCs is that, although it would be guaranteed by the government, it would be issued by the Treasury, rather than by the Federal Reserve. It would not be intended to function instead of a CBDC, but rather as a complement to one.

Moving the responsibility for e-cash issuance from the Fed to the Treasury would change the landscape of US money supply. Traditionally, money supply has been the preserve of the central bank, which ensures it cannot be increased to fund government expenditure.

Jobst believes that currency issuance ‘falls within the domain of the central bank’, but added that, if the supply of e-cash remained tied to private demand, the risk of the money supply becoming politicised was slight.

He added: ‘E-cash being issued by the US Treasury would not change the characteristics of monetary aggregates, since it is still the money demand that drives the share of (digital) cash being created in the economy – irrespective of whether customers hold money as cash or keep it in bank deposits. In fact, as opposed to CBDC, which, in the extreme case, could displace the money creation by banks through deposit taking, e-cash would not encroach on fractional reserve banking as people merely decide on the form of payment (conventional vis-à-vis digital cash) rather than the type of obligor (central bank money versus commercial bank money).’