Germany should show it has a strategy – on anything 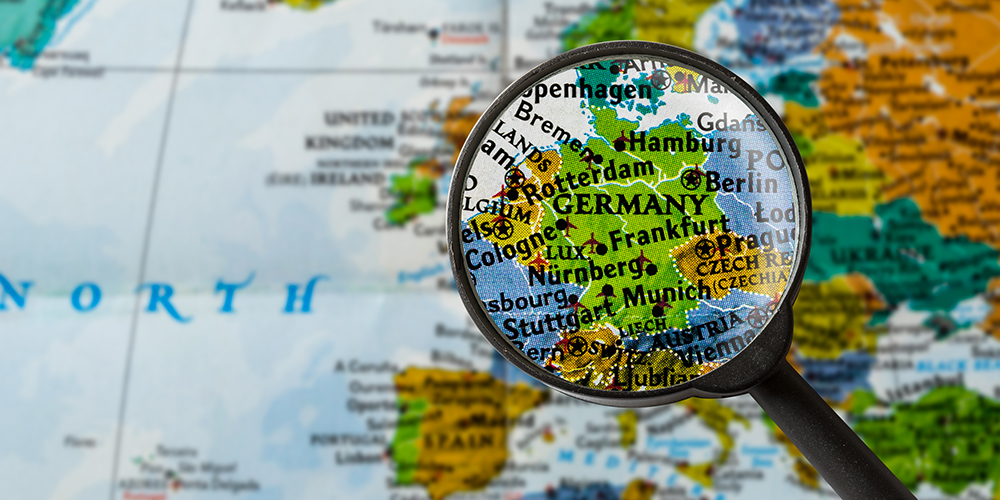 World is counting on Berlin to answer the questions that matter

The 2021 Bundestag election has drawn more international attention than any that have come before. Provincial newspapers in the US and Europe are publishing polling results from Germany in much detail. Coalition variants such as ‘traffic light’ or ‘Jamaica’ have entered the world’s political vocabulary. Voters on 26 September will, in a sense, be casting their first global ballot.

Why? Because as Covid-19 and social media continue to rampage, the go-go audacity of the early 21st century is rapidly losing its attraction. Growing numbers of people have had enough excitement, thank you. Germany is the perfect source of the peaceful and steady counsel needed to still the sense of panic many are feeling as the bigger powers such as the US and China slide into conflict.

Even the US seems to agree. Take President Joe Biden’s compromise on the Russian Nord Stream 2 pipeline project, for example. He still thinks the pipeline is a big mistake, but he is less concerned about helping a declining Russia than he is about building co-operation with Germany, especially in Asia.

When viewed from this perspective, even the US’ trilateral defence pact with Australia and the UK (Aukus) announced on 15 September – much annoying the French government – fits the mould. The alliance will provide nuclear-powered submarines for the Australian navy and the economic implications will be stretched over a decade or more. Since Australia is already a member of the close-knit ‘Five Eyes’ group of the UK, US, Canada, Australia and New Zealand, non-proliferation appears not to be a problem.

The true significance will be found in the re-ordering of America’s priorities. The US will probably care little how the Europeans yet again reorganise their minimalist defence co-operation. New structures are needed in the Pacific. The Five Eyes alliance and allies such as Japan and South Korea will be important. Among the Europeans, regardless of how many little islands France may control in the south seas, Germany’s strong economic position makes it the clear winner.

But with respect comes responsibility. After 16 years of inward-looking ‘Merkelism’, many are hoping that Germany will soon show as much understanding for the needs of its European and Atlantic partners as it has for Russia or China.

Foreign expectations for the 2021 election are a combination of hope and worry. Hope that Germany’s famous stability will continue and, paradoxically, worry that fixation with stability could paralyse the next government.

So far none of Merkel’s potential successors – especially the current front runner, Finance Minister Olaf Scholz, the Social Democratic Party (SPD) candidate – seems able or even willing to provide some answers. Given the sad state of the SPD, a Scholz victory is certainly not at the top of most peoples’ wishlist. But neither Armin Laschet, the Christian Democratic Union/Christian Social Union’s candidate, nor Annalena Baerbock, the Greens’ contestant, causes much excitement.

How best could Germany meet these many hopes? There’s no need for anything revolutionary. The new chancellor will need to build credibility anyway. In the west, a signal that Germany actually has a strategy would be one important step. My advice is: don’t let the Americans reduce the Atlantic community to a few percentage points of defence spending.

Respond to Biden’s surprises in Afghanistan and the Pacific with self-confidence rather than worry. Take active steps to reinvigorate Nato’s central role by insisting on real debates in the Nato council on post-Afghanistan security challenges and the implications of the Australian submarine deal, for example.

Grab hold of the mountain of economic challenges made even worse by the Covid-19 pandemic. Work actively to help European partners cope with the many implications of the transition from industrial to digital economies. Show some flexibility on the European Union’s finances and interest rate policy to ensure that even weaker economies can survive the onslaught of globalisation.

Above all, react with self-confidence to the internet age. Empty slogans such as ‘digital sovereignty’ have no meaning in an age of interconnected global networks and supply chains.

Impractical efforts at digital censorship or a debilitating European regulatory regime which would actually deepen Europe’s backwardness are not needed now. Instead, we desperately need better understanding of the value created by the digital world and its implications for the ‘real’ economy.

The Germans, whatever their preoccupation with exports and the inflation rate, have always been good at combining the mercantilistic with the metaphysical. If they manage to form a stable coalition (which I assume will be the case), they can address all the issues that matter by following the recommendations above. What better role for Germany to assume?

John Kornblum is a former US Ambassador to Germany and a Member of the OMFIF Advisory Council.