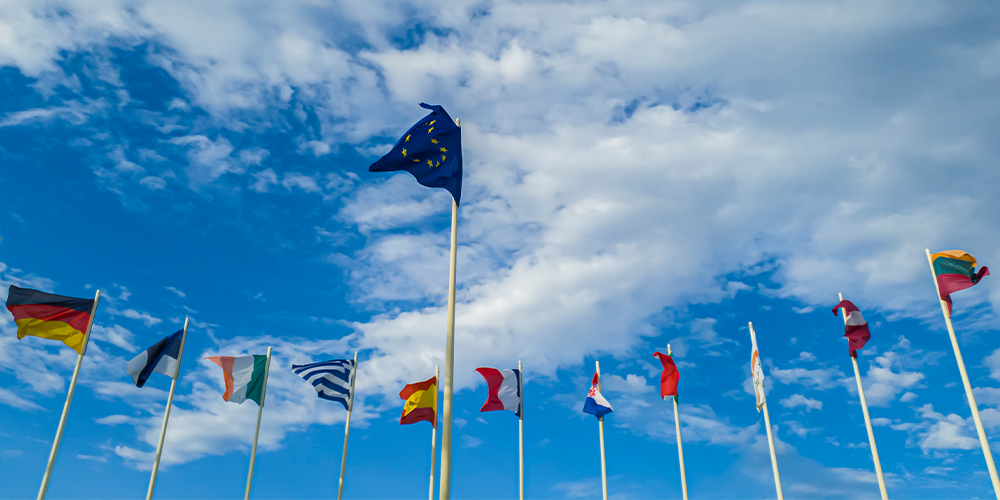 Compliant courts are aiding the attempt to achieve centralisation

Since the emergence of nation states in Europe, French European policy has been inspired by the ambition to take the political lead on the continent. During the Thirty Years War and under Napoleon Bonaparte the instrument was military force. Since Napoleon III, however, money and diplomacy have come to play a prominent role.

In the middle of the 19th century, Félix Esquirou de Parieu, vice-president of the State Council, wanted to create a European order for peace through a continental currency union. Napoleon III saw this as a chance for French hegemony in continental Europe and in 1865 the Latin Monetary Union was created. It struggled for half a century with the abuse of the common money by some of its members (notably Italy and Greece) as a means of financing their government expenses. Eventually it died a quiet death when money printing was needed to finance the first world war.

In the wake of the second world war, the idea of a common money again played a prominent role in the attempt to pacify Europe and safeguard French interests. In 1949, French economist Jacques Rueff declared that Europe would come into existence through a common currency or not at all. In 1969, after several rounds of humiliating depreciations of the franc, President Georges Pompidou announced: ‘Monetary union must be our priority.’ Containment of Germany was a principal objective.

An attempt launched one year later – the Werner Plan – foundered when the Bretton Woods system of exchange rates crumbled in the wake of the decoupling of the dollar from gold. Then, almost three decades later, President François Mitterrand finally succeeded in wresting a single currency from German Chancellor Helmut Kohl during the turbulent period of German reunification. Again, containment of Germany was a key objective.

While the project of European integration has created peace and prosperity through the legally enshrined free movement of goods, services, capital and people – with due respect for the sovereignty of nation states – French ambitions to leadership in Europe through a monetary union have demanded political centralisation.

But the pressure from the single currency to centralise elementary areas of national sovereignty stands in stark opposition to the legal framework created for freedom and prosperity based on the principle of subsidiarity. To resolve the conflict, the logical consequence would have been to let the people of Europe vote on replacing the existing legal framework for a community of sovereign nation states with that of a European federal state. However, this would almost certainly have failed to find a majority among the citizens of the European nation states.

The political elites are therefore trying to achieve their goal of centralisation by circumventing and bending European law designed for a different purpose. In doing so, they are aided and abetted by compliant courts at the European and national levels. We are experiencing how this works right here and now.

Although European treaties prohibit the European Union from incurring its own debt, the European Commission is doing just that. On 15 June, it issued its first EU bond to finance the Next Generation EU fund and on 28 June the first disbursement from the fund was made. The bulk of money will go to those states whose citizens might otherwise question the usefulness of the EU. These include countries like Italy and France, but also Spain, Poland and Hungary.

While the European Central Bank is expressly forbidden to create new money for governments, it continues to make large purchases of government bonds, despite the economic recovery, under the pandemic emergency purchase programme. Parliaments and courts accept explanations in the style of Orwellian ‘doublespeak’ declaring these purchases to be instruments of monetary policy. However, they are clearly recognisable as monetary financing of over-indebted states

Political centralisation forced against the will of the citizens and the bending of European law will eventually lead to the fraying of the EU. The UK’s departure was the first step on this path. Instead of recognising it as the response to their policies, European leaders have talked it down. Perhaps they believe in the Babylonian captivity of the other big net contributor in the EU – Germany.

President Emmanuel Macron seems to have finally completed France’s long-standing European policy ambitions: issuance of common European debt; a politically receptive ECB led by a former French finance minister helping governments through a high accommodative monetary policy; and a German president of the European Commission who owes her appointment to the French president.

But risks loom from another quarter. In France, Marine Le Pen, head of the right-wing National Rally, could move into the Élysée Palace next year and, in Italy, Giorgia Meloni, leader of the national-conservative Brothers of Italy party, is waiting for the right moment to conquer the Palazzo Chigi. Would even more money help convince them of the need for continued EU membership? Probably. In Germany, would chancellor hopeful Armin Laschet continue to back the ECB’s money printing machine and reach even deeper into the pockets of the German taxpayer to appease other states? Perhaps.

These risks may be averted for a while longer. But, to paraphrase Margaret Thatcher, the problem with the current European Union is that it may eventually run out of the Germans’ money.