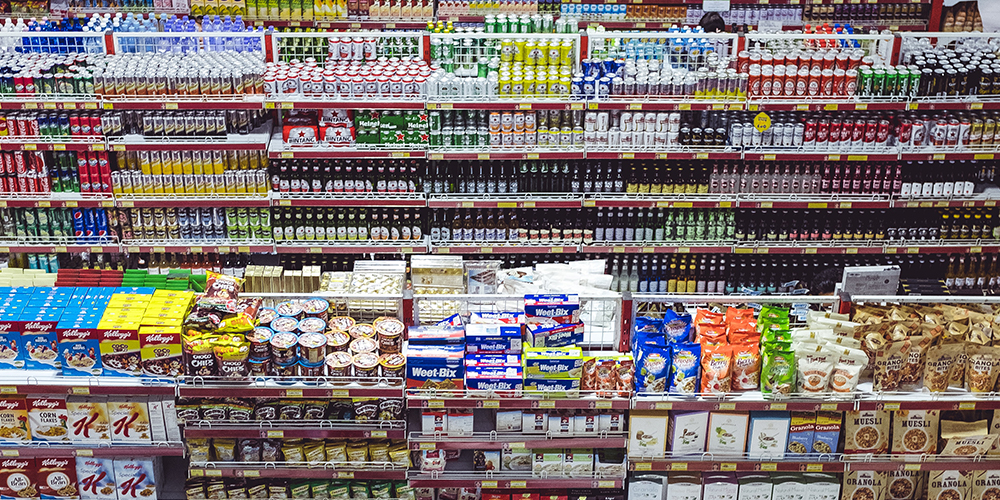 As national debts expand, calls from economists for debt held by central banks to be cancelled grow louder. For European Central Bank President Christine Lagarde, the idea is a non-starter.

‘Article 123 of the Treaty on the Functioning of the European Union forbids the ECB from financing the budgets of member states, pure and simple. Debt cancellation would be exactly that. Breaking European treaties is not on my road map,’ she told French newspaper Le Monde in October last year.

This is because asset purchases programmes do not reduce the liabilities of governments, but swap one liability for another.

Britain, long proud of its extended debt maturity, recently found its debt servicing costs had become significantly more sensitive to changes in short-term interest rates. Bonds taken out of the market by central bank asset purchases had been replaced by bank reserves, which pay interest at the policy rate. If the BoE were to raise rates, debt servicing on a chunk of government liabilities would increase instantly, rather than when gilts were rolled over or new ones issued.

Given that most central banks are owned by their governments, the payment of bond interest, impact of changing valuations and even central bank equity are intergovernmental assets and liabilities. Intergovernmental assets and liabilities are largely formalities and can be changed, cancelled or created without major macroeconomic consequence. It is usually legal issues that get in the way. 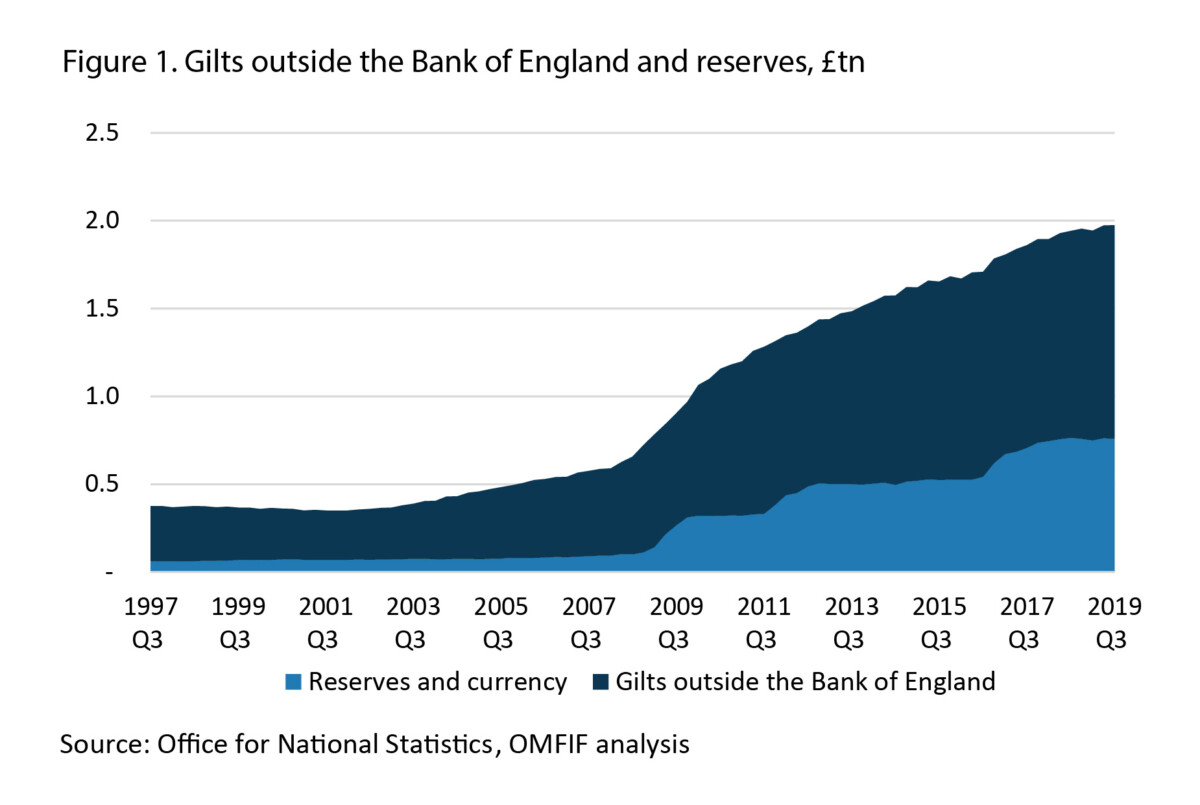 Charles Goodhart, doyen of central banking economists and veteran professor at the London School of Economics, told OMFIF that what is needed now is a ‘holistic approach to the national debt and reserves held at the central bank’, as asset purchases had ‘shortened the duration of the national debt’. ‘You have to look at the liabilities of the public sector as a whole,’ he said.

So, the broader, more important question is how the government should manage its liabilities, in this case reserves at the central bank and gilts not held by the central bank. Debt cancellation is one answer, because it removes the primary method by which central banks would swap reserves back for gilts. The result is that a large slice of liabilities remains bank reserves.

Many advanced-economy central banks have resigned themselves to a probable elevated level of reserves for the foreseeable future. The Federal Reserve calls it the ‘ample reserves’ system and plans to maintain it.

The problem is that this brings central banks into the fiscal equation in a more direct way and exposes them to political repercussions that could endanger their independence. To control interest rates in an ample reserves system, the central bank pays interest on reserves. If a central bank lifted interest rates, the maturity mismatch on its inflated balance sheet would require transfers from fiscal authorities. It would not look good politically if finance ministries were making cuts in politically sensitive departments while transferring money to central banks so they can recapitalise and make interest payments to commercial banks.

Whatever central banks do, they have an impact on the fiscal situation. Paying interest on reserves to a bank is not much different to a bank receiving interest on a government debt security. It is more a question of politics.

There are ways to minimise the fiscal cost of interest on reserves. One is to apply policy interest rates to only a portion of reserves, as the ECB currently does with its negative interest rate. The problem then is that in a positive interest rate environment that becomes a tax on banks, which they would likely pass onto depositors given already tight interest margins.

As interest rates rise, interest on bank deposits falls below the rates that can be paid on other financial instruments, such as short-term government debt. The consequences of this would be like that of Regulation Q in the US, which banned the payment of interest on demand deposits. The rule spurred the creation of money market funds, which are now called shadow banks. These allow corporates and high-income households to access higher interest rates than those without access to such financial services.

To remove the central bank from the equation and avoid questions over independence, it may be necessary to shrink the size of its balance sheet and level of reserves. This is straightforward in theory, but a little awkward in practice. Central bank reserves are similar in behaviour to short-term government securities; they pay interest at or near the central bank policy rate, have stable capital value and are favoured by banks for their liquidity. If the central bank were to replace the stock of reserves with bills and short-term bonds, and if there was a facility where commercial banks could swap bills for reserves in an instant, there would be very little impact on the yield curve and macroeconomic situation. It would simply involve banks swapping one very liquid asset for another.

Tweaks to current prudential rules and resolution rules, though not major overhauls, would be needed. This was the idea behind the ‘standing repo facility’ which Jane Ihrig and David Andolfatto, senior Fed economists, proposed in 2019 before the US money market tantrum later that year.

The facility would allow commercial banks to swap treasuries for reserves, which would reduce their demand for reserves in normal times and allow the Fed to shrink its balance sheet. But here is where monetary policy crosses over with macroprudential policy. Reserves and government bonds are often treated slightly differently by regulators, as are repos and outright transactions.

Andolfatto told OMFIF, in a recently published interview, that ‘using a US Treasury as collateral for a loan and buying it outright should not matter much in terms of economic impact, but the borrow versus buy decision can interact in peculiar ways with existing regulations, including capital requirements. So, for example, an outright purchase of securities from broker-dealers may have a more advantageous impact on their balance sheet relative to an equivalent repo transaction.’

He said that reducing the level of reserves in normal times was ‘not an economic issue, it’s a political one. It makes a difference in terms of the optics.’

‘If we can reduce the Fed’s footprint at no economic cost, why not do it? Politically, it could help protect the Fed’s independence.’

Under this approach, asset purchases ultimately become debt management exercises, with long bonds taken out of the market and short bonds put in. 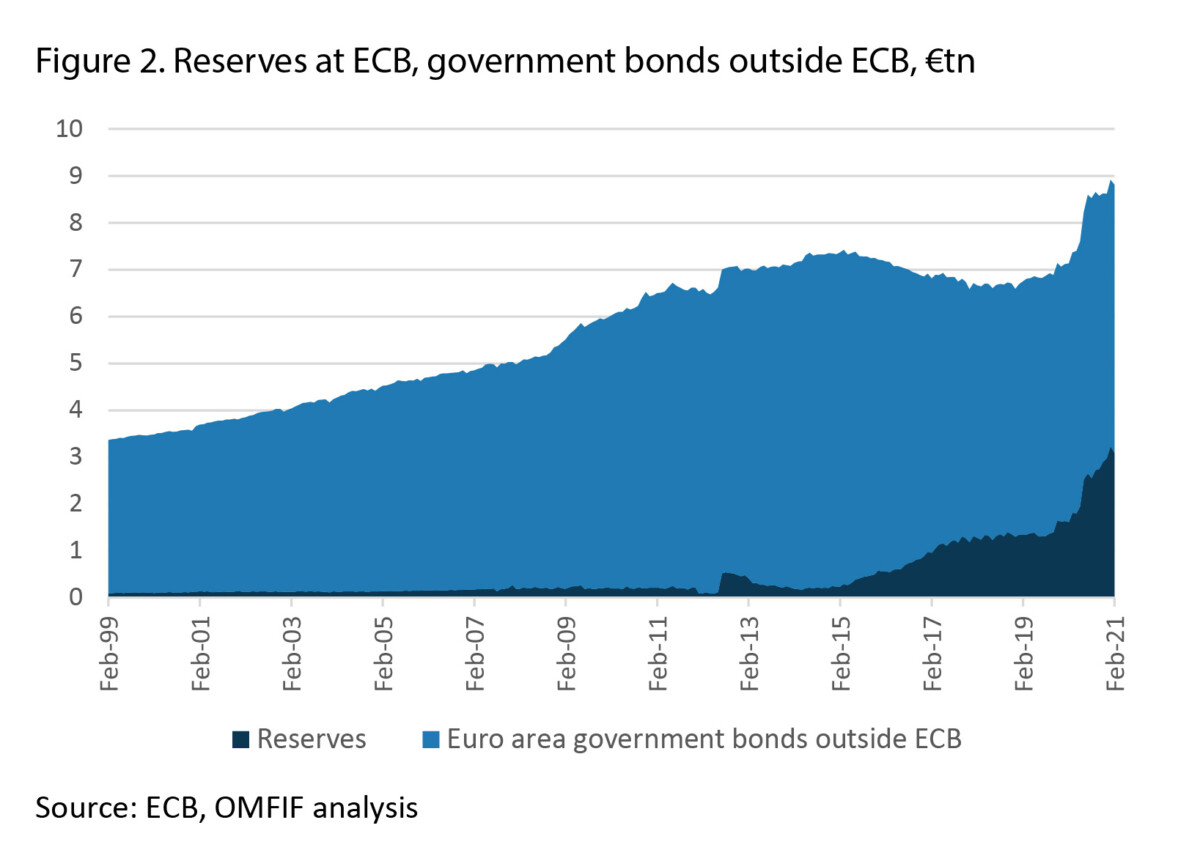 This comes back to an idea Goodhart posed in a 2017 paper. He argued that it was necessary for the central bank to conduct asset purchases when there was a liquidity crisis, but that QE in the absence of a liquidity crunch, and when there are already ample reserves, is more like a debt management exercise. Similar results would be achieved by swapping long-dated bonds for short-ones, an operation twist. Goodhart told OMFIF that the best way to engineer a debt-for-reserves swap would be to trade the reserves for tranches of bonds from one to five years in maturity.

This is all well and good in single monetary-fiscal areas like the UK and US, but what about the euro area? Writing debt off and maintaining a high level of reserves indefinitely would be difficult treaty-wise, as would replacing the debt with perpetual, zero-interest debt, as the 100 economists suggested. Both would require a broad renegotiation of EU treaties.

‘No one wants a grand renegotiation,’ Emilios Avgouleas, chair in international banking law and finance at the University of Edinburgh, told OMFIF. Instead, in a paper he co-authored with Stefano Micossi, director of Italian business association Assonime, he suggested bonds held by the ECB are sold to the European Stability Mechanism, with the ESM issuing its own bonds to finance the purchases.

The paper envisages the ESM acquiring them over a 10-year period, but purchases could accelerate if the ECB needs to sell parts of its holdings for monetary policy purposes. This would allow it to unwind policy without causing fiscal crises in countries with high levels of debt. The paper also says that this would fulfil demand for a common euro area asset, as well as end the ‘doom loop’ between banks and their sovereigns. It is essentially the sort of liability swap described above, but one which navigates the treaties rather than requires changing them. 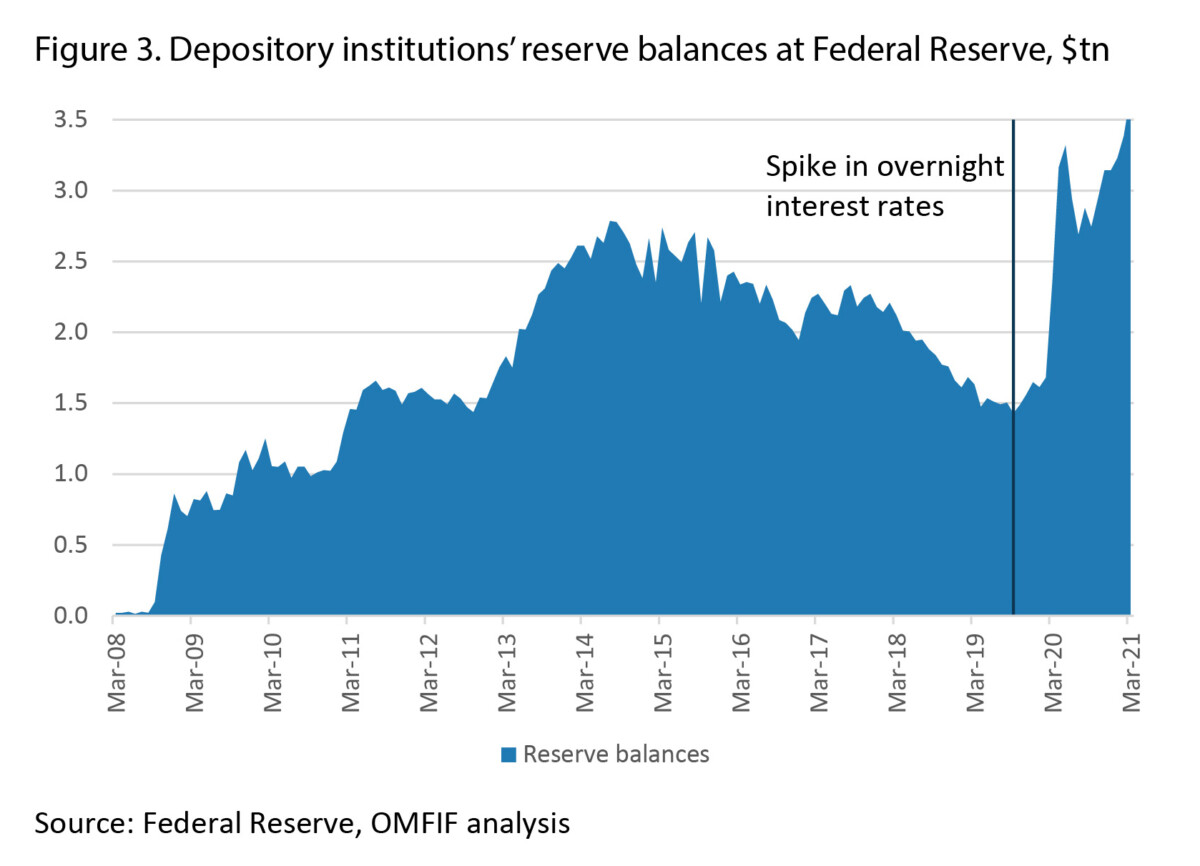 The euro area, the authors write, needs a common policy to manage the rollover and recovery risk on sovereign debt. The paper, written for the Centre for European Policy Studies, said: ‘This task could not be permanently entrusted to the ECB without crossing the line that separates monetary policy from fiscal policy, as established by the European Court of Justice… The ESM, which is an institution set up by euro area governments as a crisis management tool, and which has enough capital to cover any losses from such operations, looks like the natural choice.

The ESM could then evolve into a common debt manager. A coordinated debt management policy makes sense. The ECB is keen to prevent the yield curve steepening unless it reflects stronger growth expectations for the euro area, which would encourage debt management offices to issue long-dated debt. The more that is issued at the long end, the more the ECB will need to buy to prevent upward pressure on long-term rates. Debt management offices and the ECB are pushing in opposite directions and some coordination would be welcome. Italy’s debt management office, for example, introduced a policy of lengthening the maturity of its debt last year and recently issued its first 50-year bond in five years, raising €5bn.

Following this policy now would be straightforward, says Avgouleas, and would help take legal pressure off the ECB with regard to constitutional challenges in Germany. To change the ESM into a euro area debt manager would require changes to the ESM treaty and not a ‘grand renegotiation’ of the kind required to write off debts. The main problem he sees is a common European one: will policy-makers act to preempt a potential fiscal crisis or will it require a crisis to motivate them?