How reserves managers adapted to Covid-19 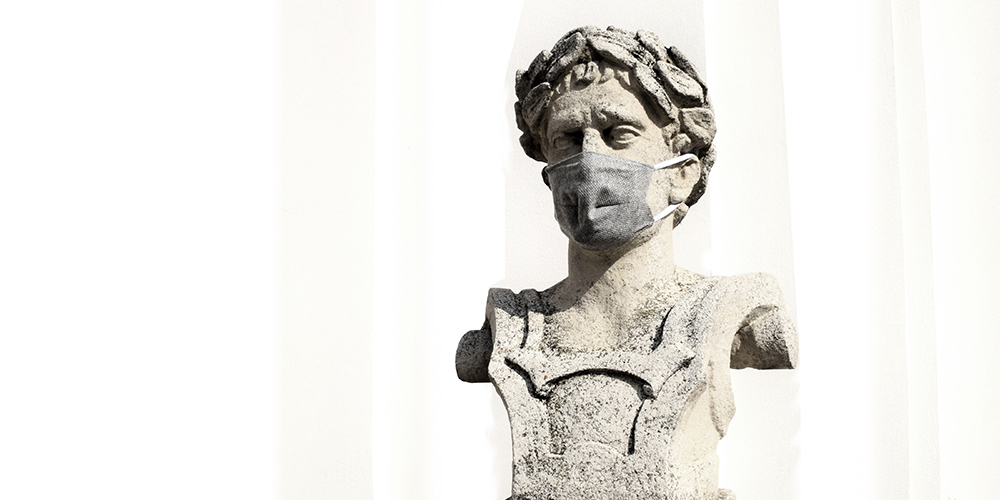 In conversation with the Croatian National Bank

Sandra Švaljek, deputy governor, Croatian National Bank, spoke to OMFIF’s Danae Kyriakopoulou, chief economist and director of research, for the forthcoming Global Public Investor 2021 report. They discussed the central bank’s experiences during Covid-19, how they stabilised the exchange rate and working with the European Central Bank to set up a currency swap line. This article is an extract of the full conversation, which will publish in June.

Danae Kyriakopoulou: How did the Covid-19 crisis impact your reserves management operations and priorities?

Sandra Švaljek: The pandemic crisis and the 2008 financial crisis were both massive global setbacks with huge implications for economic and financial developments. But while they were similar in size, there were some important differences between them. At the outbreak of the pandemic crisis, the financial market conditions and banking sector performance were quite different compared to the period leading to the 2008 financial crisis.

In 2008, interest rates were positive or what we might call ‘normal’ from today’s perspective. In contrast, yields on European markets during the pandemic were at historically low levels as a consequence of accommodative monetary measures and a policy of low interest rates. Unlike before 2008-09, banks had significant capital buffers and were quite resilient. Therefore, the credit risk of the main counterparties in financial markets was not a threat as in the previous crisis. During March and April 2020, liquidity risk was more pronounced, and for us this was especially relevant as we were defending exchange rate stability by selling our foreign exchange reserves.

Overall, low interest rates, stable banks and ample liquidity, coupled with swift and strong policy reaction, helped the financial markets to calm down soon after the outbreak of the crisis. Additional monetary policy accommodation was undoubtedly an appropriate response to the crisis, but for reserves management, it comes at a price. The low yield environment in fixed income markets stayed even longer than previously expected, and reserves managers were faced with additional challenges to ensure adequate returns when searching for yields.

The most important lesson that we have learned from this crisis is that, to maintain exchange rate stability, it is of utmost importance to have an adequate level of FX reserves and a sufficient share of the FX portfolio in highly liquid assets. Both the FX adequacy and the appropriate FX structure helped us weather the pandemic storms without any difficulties.

DK: The pandemic also put the exchange rate under pressure and you took strong measures to stabilise it. What drove your reactions?

SS: In Croatia, the pandemic accentuated imbalances in two areas of domestic financial markets: the bond market and FX market.

Just like in 2008, we were faced with severe depreciation pressures and had to react promptly. Back in 2008, we released huge liquidity by relaxing the macroprudential measures that were in place before the crisis to dampen the excessive credit growth. In 2020, we reacted by intervening strongly on the FX market to stabilise the exchange rate.

Within a three-week period from 9-31 March, we made five substantial FX interventions and a number of smaller bilateral interventions, and thereby sold to the banks more than €2.7bn. Through those interventions, FX reserves dropped by 13% compared to their level at the end of February 2020. Record interventions that amounted to 5.5% of gross domestic product sent a clear signal to the market that the Croatian National Bank is determined to act to preserve the stability of the exchange rate.

It has to be stressed that those exchange rate pressures were not driven by a weak external position since the macroeconomic situation prior to the Covid-19 crisis was strong and stable. Moreover, the Croatian current and capital account balance has remained in surplus throughout the pandemic. Rather, pressures were predominately driven by expectations, temporary rebalancing in domestic sectors and a flight to safe assets.

DK: The flight to safe assets was part of the motivation for setting up swap lines with reserve currency central banks. What was your experience in working on this with the ECB?

SS: As we know, lockdowns started in the middle of March 2020 and this prompted a substantial market reaction. The currency swap line with the ECB was established in April 2020. It has been renewed several times and is currently set to expire by the end of March 2022.

We have never actually used the additional €2bn liquidity made available through this swap line. However, we are confident that this precautionary liquidity arrangement bolstered central bank credibility and helped to calm the market.

DK: You said that your reserves fell by 13% across the five interventions. This may seem large but it was in the context of one of the biggest crises in decades. If a relatively modest drop is sufficient to ensure safety and liquidity, it begs the question of what is the purpose of holding these reserves, if not investing them in equities or in asset classes would also yield return. Many other central banks who are also primarily concerned with safety and liquidity have started investing in new asset classes. Do you see a way for using reserves more productively either to generate returns or support other objectives linked to economic development?

SS: The Croatian National Bank is a conservative investor by nature and so we are reluctant to significantly increase exposure to credit or currency risk. The FX reserves have a role in maintaining the stability of our currency against the euro, which determines the FX structure of the portfolio where the euro is our dominant reserve currency. Therefore, in our case it is extremely challenging to combine the main goals of liquidity and security with satisfactory returns, especially in an environment of historically low and negative interest rates.

Having said this, in 2011 we took the strategic decision to extend the maturity profile of our investments. So, while we did not engage in direct diversification, we did extend the maturity profile of fixed income assets that were already part of our reserves. This proved to be a very good strategic decision as the formation of longer-term fixed income portfolios benefited from rising bond prices. And then we were able to sell parts of our position to increase the profitability of the overall portfolio, which positively contributed to the overall financial performance of the Croatian National Bank in recent years.

As for further diversification, I have to mention one very important decision: last year we switched to the ECB’s accounting guidelines. By doing this, we have created more room to manoeuvre in our foreign reserves management. We will be able to invest in more asset classes, we will be much more flexible in terms of investing in other currencies and we will be able to engage external managers. However, liquidity and security will remain the main goals of our FX reserves management and, irrespective of possible diversification, we do not intend to increase our risk tolerance in the coming years.

Danae Kyriakopoulou is Chief Economist and Director of Research, OMFIF.