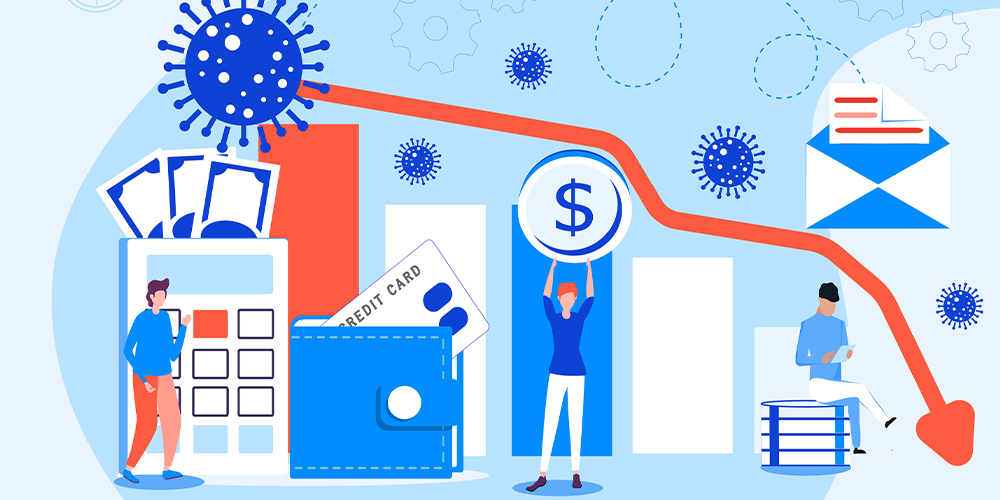 For proponents of Kondratieff waves, the signals of a plunge are all here.

From slowing economic growth to high levels of inflation, so the argument goes, the current moment offers a striking similarity to previous periods in which growth stagnated for a considerable time. These downward-facing ‘K waves’ — occurring in the US during the late-1700s, mid-1800s and mid-1900s — are used as evidence of the presence of the Kondratieff cycle, where periods of between 40 and 60 years feature intervals of high and then slowed growth.

This theory was developed by Nikolai Kondratieff, a Russian economist, and is traditionally relegated to heterodox economics and the dusty bookshelves of classic Marxian economic texts. The theory builds on the themes of Marxist political economy of the late 19th century, with its emphasis on a dialectical view of capitalism and economic history. In addition to Karl Marx’s own view of economic history and capitalism’s place within it, Kondratieff’s thesis bears similarity to other dialectical theories, including Karl Polanyi’s understanding of ‘marketisation’ and Friedrich Engels’ theory about the relationship between technological change and wage stagnation, best illustrated by British economist Robert Allen.

Meghnad Desai­, chairman of OMFIF’s advisory board, commented earlier this year that the current moment of elevated prices, projected slowdown of economic growth and consequent contractionary monetary response may threaten to usher in a K wave plunge. This was building off arguments Desai had previously put forward in 2013, when he made the case that the 2008 crisis and sluggish recovery portended the beginning of such a downturn. These two pieces generally contended that cycles of growth were driven, not by monetary action principally, but instead by cyclical and structural waves of economic transformation.

Within data, however, the historical presence of K waves is hard to find. The graphs that do find the presence of K waves typically utilise returns on the S&P 500 as a barometer for general macroeconomic conditions. Yet the S&P 500 is a very poor measurement of how the ‘real’ economy is doing. Indeed, for the same reason wealth inequality is anathema to sustainable growth according to the Kondratieff theory, equity markets are especially not representative of the broader economy when wealth inequality is high because the distribution of ownership is highly unrepresentative. This can partly explain why the generally buoyant behaviour of the S&P 500 in recent years hardly tells a story of stagnation or mirrors broader ‘real’ economy trends in the US.

Despite this, some compelling aspects of Kondratieff’s theory remain — alongside additions his followers, including Joseph Schumpeter, have contributed — that are useful in understanding the current economic predicament facing the West. Among these is the role of economic inequality in making growth more sluggish and harder to sustain while simultaneously making recessions deeper. On this point, there can be no question — major reports repeatedly show that elevated levels of wealth and income inequality are toxins for any country looking to make longer term growth sustainable. Countries with high levels of inequality tend to experience lower productivity growth and less competitiveness, in addition to a greater vulnerability to economic shocks. Economists cite such inequality as a contributor to the sluggish rates of gross domestic product growth in recent decades — in contrast to the mid-20th century when the economy was both more equal and growing more rapidly.

Beyond this, followers of Kondratieff have cited credit cycles and technological growth as a key piece of what drives these economic waves. As Adair Turner pointed out in his seminal text Between Debt and the Devil, high levels of leverage do indeed portend greater vulnerability to recessions and spur self-reinforcing cycles of growing wealth and income inequality. Moreover, it has widely been reported that productivity growth has been stagnating in recent years. Putting aside any qualms about how economists measure productivity, it does seem true that the most recent computer revolution has not spurred the productivity gains previous technological revolutions did. This is why the prospect of artificial intelligence emerging as a technology capable of finally boosting productivity growth is one that spurs considerable optimism among economists and industry members.

Kondratieff’s thesis is best looked at as one driven by structural economic forces — technology, inequality and credit, for example. Kondratieff and his followers seem to have correctly diagnosed many of the crucial barometers that a country’s economic growth trajectory hinges on. Despite this, it remains far from obvious that there is anything fundamentally cyclical about these movements. Given the intrinsic complexities and mutually dependent combination of forces that contribute to economic growth or stagnation, it would be difficult to discern exactly which components are responsible for ‘the economic cycle’.

There is an added danger that by adopting a notion of economic growth as contingent on inequality, credit, and/or technological change which is cyclical in nature, we resign ourselves to the mercy of history and circumstance. Instead, it appears far more compelling to regard the economic cycle as the consequence of a complex web of unpredictable socio-political and global shocks, innovations that are socially and politically driven and, perhaps most importantly, policy.

The notion of a Kondratieff wave is more helpful for what it tries to ask us about the requirements for a healthy, dynamic and growing economy, rather than as a predictive tool. Scholarship is increasingly clear that the elevated levels of debt and inequality exacerbated, for instance, America’s experiences during the 2008 financial crisis, the Covid-19 recession and now during a potential slowdown. Meanwhile productivity growth have remained sluggish. Kondratieff’s theory is right to place an emphasis on these forces and, given the modern economic research that supports some of his core ideas, it may even be useful in support of current policy proposals.

After all, the key is not just to interpret the economic cycle. The point is to change it.