How China can overcome its property crisis 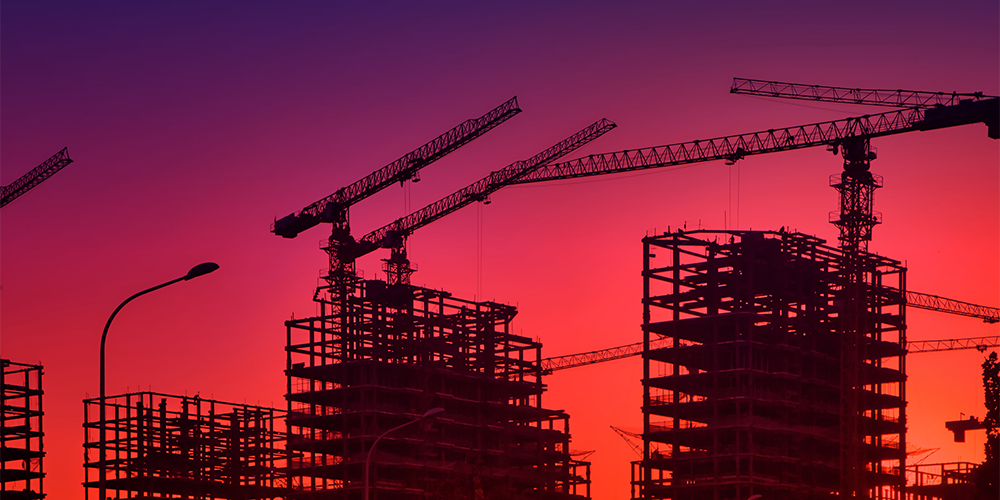 The property sector is one of the most serious sources of downward pressure on China’s economy. It is in disarray after several large property developers defaulted on their bond payments this year and in 2021. This can become a major depressant for Chinese growth, with big implications for the global economy. Chinese authorities are, however, far from powerless. Among the many avenues that Beijing can consider to put the property sector on to a healthier footing, revamping social housing by channelling long term finance from pension funds is one of the most propitious.

Property developers’ difficulties reflect the effects of Covid-19 and a liquidity squeeze caused by government policies aimed at controlling excessive debt (the so-called ‘three red-lines’ policy). Some developers have abandoned half built projects, leaving buyers stranded. Some buyers have decided to halt payments on mortgages they had taken out to pay for unfinished apartments that may not be completed. Similarly, suppliers to property companies which feared they would not get paid have suspended their loan payments.

According to the ‘WeNeedHome’ crowdsourcing project, some 323 projects in 114 cities have been affected as of 31 July. While these projects are spread across China, they are concentrated in the central provinces, especially Henan.

How big is the problem?

The sector has suffered a massive decline in confidence. Sales of new apartments fell 35% year-on-year in the first five months of 2022, though June data were slightly better, with a fall of only 20%. In the year to June, housing prices declined in more than two-thirds of the 70 large and medium-sized Chinese cities monitored by the National Bureau of Statistics.

The sales slowdown is squeezing developers. More than 90% of apartments are estimated to be sold through presale procedures. These revenues now make up more than 50% of developers’ financing, up from a little over a third in 2014. More than half of listed Chinese property developers that have so far issued first half earnings estimates have reported a loss. Developers have slowed construction, with new housing project starts down 45% year-on-year in June.

What are the risks?

The property bust is a major drag on the economy. And it spells trouble for local governments’ coffers. Property developers have slowed buying land for future development. Land sales, which make up roughly one-third of local government revenues, showed a 65% year-on-year fall in June. A quarter of local tax revenues comes from taxes on property sales. This was one of the main reasons for a 18% fall in local government spending in the first five months of 2022.

A correction in real estate development is plainly overdue. But a disorderly correction could drag the economy into a recession. And the mortgage strike could hurt the banks.

Mortgages outstanding as of the end of June totalled Rmb41tn ($6tn), around 40% of GDP. Total household debt is about 60% of GDP, or 114% of household disposable income. While this is moderate compared to many Organisation for Economic Co-operation and Development countries, it has risen steeply since the 2008 financial crisis.

An estimated 2%-10% of total mortgages are affected by mortgage strikes. Even at the higher end of these estimates, China’s banking system as a whole can absorb the losses. Banks are well provisioned for non-performing loans. Their tier one capital far exceeds what is needed under Basel III, according to Chi Lo, an analyst at BNP Paribas.

However, the system’s aggregate health does not guarantee freedom from problems. If the crisis worsens, depositors may start pulling money even from solid banks. Many of the smaller banks could withdraw from interbank loans, with a large impact on overall liquidity, which could spark a self-reinforcing panic sale of property.

What are the authorities doing?

The authorities are aware of the risks. ‘Preventing the risk of a hard landing in the property sector should be high up among our priorities and given serious attention,’ said Zhu Guangyao, former vice-minister of finance, now adviser to the State Council (China’s cabinet), in an online seminar on 18 July.

There are many initiatives and proposals to address the property downturn and, more specifically, the mortgage strike.

For failed developers, the government prefers the time honoured solution of mergers and acquisitions, backed by bank loans. However, after Evergrande, one of the largest developers, ran into trouble last year, efforts in that direction did not get off the ground.

According to unconfirmed reports, China will launch a Rmb300bn real estate fund to help property developers resolve their debt crisis. Local banks are being encouraged to rid themselves of NPLs, perhaps in anticipation of more to come. On precedent, the local asset management corporations will be the chosen vehicles. Banks facing financial problems will be bailed out by local governments.

In addition, the authorities are considering allowing households to suspend mortgage payments on halted projects.

There is a big drawback. Providing bail-outs for everybody — property developers, prospective buyers and banks — risks perpetuating the misallocation of capital that has plagued China for years. Property and infrastructure – making up a growing share of total investments in China – are a key cause of the decline in productivity during the past decade.

What can Beijing do differently?

First, the government could revamp demand for property. Fresh demand could come from new residents. The property troubles provide another reason to abolish the hukou registration restrictions on rural citizens. Some cities have already dropped urban hukou as a requirement for buying property. More are likely to follow.

In addition, the government could accelerate social housing development, using financing sources such as pension funds. Pension funds invest for the long term and returns on social housing would fit their needs. The National Social Security Trust Fund is an obvious source of finance.

Third, the government could consider isolating households from property development volatility. It could set up an insurance mechanism to protect property buyers against the developers going bankrupt and leaving incomplete housing projects. Banks would be encouraged to provide mortgages only to buyers with such insurance.

Incentives for banks to carry out proper due diligence can be reinforced. This would happen if China were to change the legal model for mortgages from the current full recourse model to a non-recourse model, as in the US, in which the property is the only collateral the bank can take.

Fifth, the government could speed up the development of alternative investment products for long term savings. Many households see real estate as their only means for such savings, particularly for pensions. Given the modest pensions that the public system provides (even for urban workers) such long term investment vehicles would be in high demand.

Sixth, the government could revamp the fiscal system to make local governments less reliant on property development for their revenues. Alternative revenue sources, including a property tax and a bigger share of taxes from the central government, could be a start.

All these proposals underline how the Chinese authorities have tools to resolve the property crisis. Depending on how they use them, the result could bring much needed relief to the sector as well as structural improvements for the entire Chinese economy.

Bert Hofman is Director of the East Asian Institute and Professor in Practice, Lee Kuan Yew School at the National University Singapore.