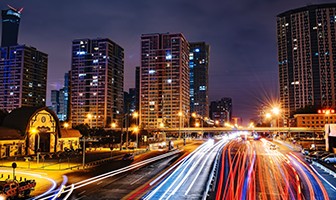 The global press treats readers to a daily diet of US-alleged harmful Chinese trade and currency practices, as if this were the only Chinese economic story.

Last week, the International Monetary Fund released its 2019 China Article IV staff report. It offers a welcome respite from the press fare. Inevitably, it addresses trade and exchange rate issues, but frames them intelligently in the broader context of the enormous challenges facing China’s growth model, urging a shift away from ‘high speed’ to ‘high quality’ growth.

For many years, China’s growth has been investment-led, fuelled by massive credit allocation to state-owned enterprises. But credit growth became excessive, in part due to over-investment, the misallocation of capital and the rise of shadow banking, posing major economic and financial risks. Cracking down on shadow banking and leverage, however, caused a significant slowdown late last year and early into this year. Nevertheless, China is seemingly doubling down on its state-led growth model and SOE credit, in part to arrest slowing.

The IMF points to declining Chinese productivity growth, noting that by 2030, growth may moderate to 4% as the economy shifts to more consumer- and services-led growth, productivity converges toward the ‘frontier’ and the demographic kink kicks in. The economy is less successful now in combining labour and capital inputs, and more investment is needed to generate output.

To adjust its growth model and make its economy more sustainable and balanced, the IMF suggests China should focus on ‘quality’. To deliver high quality growth, the country will face a daunting agenda.

Leverage is excessive. Credit growth should be restrained in line with GDP growth. China should increase the market orientation of the financial system, cut back on the share of funds allocated to SOEs, and allow greater scope for private sector financing.

Structural reform is key. SOE reforms should be intensified, product markets liberalised and the services sector opened to greater competition.

The IMF believes the US allegations of Chinese currency manipulation are without merit. China’s external position is broadly in line with fundamentals. The current account surplus is projected around 0.5% of GDP and the country has not been accumulating reserves in recent years.

The Fund backs greater renminbi flexibility, noting flexibility can be a shock absorber in the face of further trade tensions. That is a recipe for a weaker renminbi should US tariffs rise further.

But other IMF refrains might put a smile on US Trade Representative Robert Lightizer’s face. The Fund observes that tackling the large role of the state, including industrial policy, requires progress. It notes that opening up China’s economy is consistent with past IMF recommendations and would boost China’s medium-term economic prospects.

These admonitions align with the Fund’s recommendations to give market forces a greater role in the economy, curb preferential credit allocation to SOEs and boost the private sector. A better safety net would reduce high saving and, all other things equal, tend to restrain current account surpluses. Further, the Fund references concerns, inter alia, about China’s foreign investment regime, intellectual property protection and technology transfer policies.

The IMF predictably calls for all countries to support an open, transparent, multilateral, rules-based trade regime, and avoid bilaterally-managed trade.

The report’s sensible thinking is unlikely to impact the US and China for the betterment of the global economy. One is somewhat reminded of the African proverb – when two elephants fight, it is the grass that suffers. China is already embarked on many of the Fund’s recommended reforms and does not see itself as the aggressor in trade and currency wars. Washington will probably not be moved.

Be that as it may, the Fund’s China Article IV helps put trade and currency wars into a more constructive perspective, which if heeded, would better facilitate understanding and progress.