The chill winds of the crypto winter 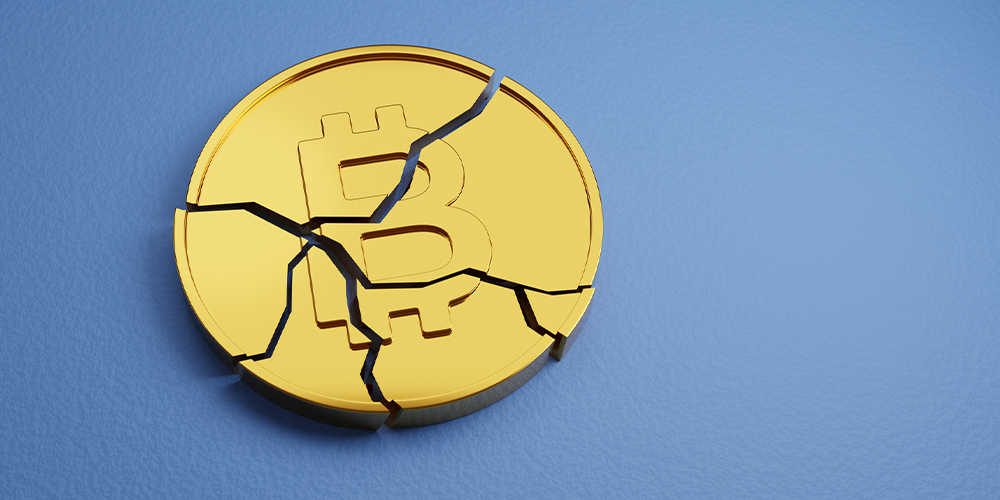 Temporary turbulence or the end of the road?

Does the carnage in the crypto markets indicate the implosion of a black tulip bubble which will shortly become as much a historical curiosity as its floral predecessor? Or are we in the midst of a Schumpeterian process of creative destruction which will cull the lame and release resources to fuel a more rational and essential industry?

For the naysayers, it is not difficult to assemble evidence that the emperor has finally been seen naked and that cryptocoins, virtual assets, non-fungible tokens and all the infrastructure that accompanies them are being rumbled for the delusions that they are. The total capitalisation of the crypto market is down by around $2tn from November 2021 levels and may have further to fall. Standard bearer bitcoin has fallen below $20,000 from its not so distant high of $69,000.

Algorithmic stablecoins – essentially self-referential bets – are disappearing down their own digital plugholes. There is widespread carnage throughout the industry from New York to Singapore via Vienna encompassing coin issuers, crypto lenders, exchanges, hedge funds, asset managers and other financial institutions who are busy laying off staff, rethinking investments and rapidly adjusting business models. Not to mention a multitude of middling retail investors whose furlough cheques have vanished painfully into cyberspace.

Yet although many investors, financiers and speculators have suffered consequential losses, and there have been some negative cascade effects within the crypto ecosystem itself, we have not witnessed the severe blowback into the conventional financial system that accompanied the collapse of hedge fund LTCM or collateralised mortgage derivatives, for example. The regulators’ nightmare that severe problems in loosely regulated cryptoland could translate into systemic crisis within the financial system and the real economy has not come to pass.

In hindsight, it may well seem a boon that the meltdown came at a time when the industry was neither sufficiently large, nor sufficiently interconnected with the global financial system for catastrophic damage to have been caused.

But we have been warned. There are signs everywhere that central bankers, regulators, politicians and bankers alike are paying serious attention to those – like Sir Jon Cunliffe, deputy governor of the Bank of England – who over two years ago counselled that unless this industry was comprehensively and professionally regulated, there was serious potential for major disruption to the global financial system.

In the US, the White House, Treasury, Congress and regulators are supercharging efforts to define and implement the appropriate regulatory architecture. At the same time, there are calls for the industry to be banned altogether, while others suggest that turbulence is merely the growth pains of a new, vibrant industry which regulators should not stifle at birth. In a fascinating apparent volte face, the Monetary Authority of Singapore has declared that in the wake of the collapse of Terraform Labs they will seek to be ‘brutal and unrelentingly hard on bad behaviour’ in the crypto industry.

What does this mean for the three tribes – the evangelists, speculators and pragmatists – in the crypto industry? The former will retreat into their ‘hold on for dear life’ hermitages. The second will move on for the moment to another likely casino. And the third will make increasingly common cause with regulators to provide a common and fair framework for the extraction of serious value from the application of blockchain technology to financial services – and there is much to be gained – while making it far more difficult for consumers to lose their shirts and for the stability of the global financial system to be once more put at risk.