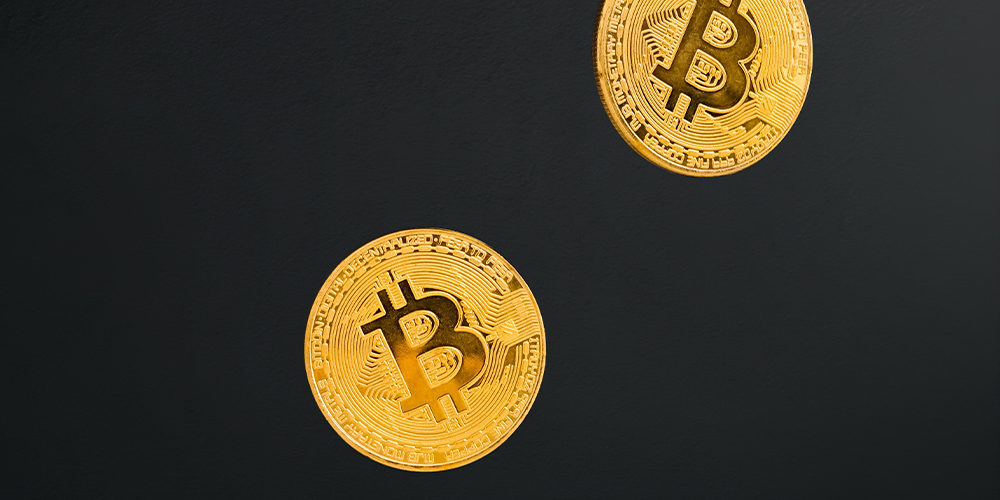 Recently proposed US stablecoin and digital assets regulation will come too late to avert a series of disasters for the crypto ecosystem brought about partly by excessive leverage.

Celsius, a major cryptocurrency lending platform, has suspended withdrawals and hired restructuring lawyers, causing its native token to crash from $0.83 on 1 June to around $0.21 on 13 June. It has since recovered to around $0.49 as of 15 June.

Celsius is a centralised platform offering cryptocurrency trading, high yield deposits and crypto-backed loans. Investors deposit their cryptocurrency or stablecoins in return for yields of over 18%. The platform also makes loans to clients collateralised by their crypto holdings

Taking deposits and lending money is hardly a novel business model. It’s generally known as banking. But the traditional banking model of maturity transformation — borrowing short and low, lending long and high — wouldn’t be enough to achieve the yields offered. Instead, Celsius makes use of sophisticated techniques like leverage staking. It employs user deposits as collateral to borrow other cryptocurrencies and stablecoins, which are then placed in decentralised finance lending operations to generate superior returns via leverage.

One of Celsius’s strategies involves a product provided by Lido Finance that represents holdings on the proof-of-stake Beacon Chain, a version of the Ethereum blockchain. At some point (perhaps later this year), this chain is expected to become the primary Ethereum blockchain, employing the proof-of-stake consensus mechanism to validate transactions. Investors can lock up their Ether as a stake with Lido and receive staked Ether (stEth) — a token that, at some time after the blockchain merger, will be redeemable for Ether. In the meantime, the staked Ether earns rewards for validating transactions, which investors receive as stEth.

Celsius used its stEth holdings (around $565m) as collateral to borrow stablecoins, with which it can purchase more Ether to stake, increasing its returns.

While there are some novel wrinkles, juicing returns with leverage is hardly unusual in traditional finance. But there, regulators have learned through painful experience to place limits on leveraged exposure and mandate rigorous risk management frameworks. The experience of the 2008 financial crisis led the US to implement the Volcker rule, banning proprietary trading to protect depositors.

The cryptocurrency market has, since its inception, been speedrunning the history of finance. This is the chapter where they discover the consequences of a dearth of prudential regulation.

Leveraged exposure in bull markets is an attractive strategy, but the last few months have not been kind to the cryptocurrency market. The overall market cap is down to $940bn from a peak of $2.1tn at the start of April. Although the market was already declining, the slump was sharply accelerated by the collapse of the Terra/Luna stablecoin ecosystem in early May.

Many of the cryptoassets Celsius and others have used as collateral are no longer sufficient for the loans they have taken. StEth, in particular, is no longer trading at par with Ether, so Celsius and other borrowers are facing margin calls. The loans are typically collateralised at a 150% ratio; Celsius must post $1.50 worth of cryptoassets for every $1 it borrows. At least until recently, Celsius was still topping up its collateral, rather than repaying the loans, digging deeper into leverage. If the cryptocurrency market rebounds, this strategy will pay off and Celsius will repay its loans, recover its collateral and return its users’ deposits. If not, the forced liquidation of large volumes of collateral will send cryptocurrency prices down even faster. Without more clarity on Celsius’s cash position, it is difficult to assess its ability to repay its loans.

This collapse in asset prices could easily claim more victims. Crypto hedge fund 3AC could be among the first to fall. Its size and high level of debt could cause others in the industry to fail. Creditors may find that crashing the cryptocurrency market by liquidating billions of dollars’ worth of cryptocurrency collateral may do more harm than good since they will be lowering the value of their own assets.

Celsius’ users are facing the same issues as the platform: cryptocurrencies they posted as collateral have fallen in value. This leaves them with a choice: see their crypto holdings liquidated or post more collateral into a platform that is clearly struggling to give investors back what they own. Even those with loans to pay back may think twice since, if they default, their collateral will be liquidated but if they repay the loan and Celsius fails, they may still not get their holdings back.

The precise seniority of investors’ claims on deposits with Celsius, relative to the claims of other creditors, is not yet clear but if Celsius collapses, it will go down as one of the most painful institutional failures in the short but storied history of the cryptocurrency market.

Outside of the cryptocurrency sector, spillover effects will be limited. Major Wall Street institutions are unlikely to have major exposure to Celsius. The relevant issue for regulators then is not financial stability, but protection for the 1.7m people with cryptocurrency in Celsius’ platform.

Celsius marketed itself on the basis of its ‘next-level transparency’ and customers’ ability to ‘access [their] coins whenever’, telling customers that ‘banking is broken’. They offered huge returns but, while they were transparent about the share of revenue distributed to the community, they were less so about the leveraging techniques used to generate the returns and the implications these have for their ability to meet waves of withdrawals in times of market stress.

Just in time to be far too late, Republican Senator Cynthia Lummis and Democratic Senator Kirsten Gillibrand proposed a bipartisan bill on the regulation of digital assets. A second, from Senators Debbie Stabenow and John Boozman, is expected.

Both bills would see responsibility for the regulation of the spot trading market for digital assets given to the Commodities and Futures Trading Commission, which already regulates the crypto futures market, rather than the Securities and Exchange Commission, where it currently resides.

Generally, this is viewed as a positive move for the development of the US cryptocurrency industry since the CFTC has taken a friendlier view of the new asset class in comparison to the SEC. Indeed, the Lummis-Gillibrand draft bill contains a number of items that crypto lobbyists have campaigned for, such as clarification that crypto lending does not constitute a taxable event.

But some are concerned that the move could compromise oversight of the industry at a time when we can ill afford any diminution of supervisory powers. As well as being friendly to the crypto industry, the CFTC is smaller and less well-resourced than its cousin.

While it is laudable to encourage the development of the nascent industry, Celsius and Terra/Luna clearly show that there is a deficit in the prudential regulation of the cryptocurrency ecosystem. Companies such as Celsius must be subject to stress testing, capital requirements, liquidity requirements and the rest of the panoply of restrictions that those operating in traditional finance face. This should be a key priority for Lummis and Gillibrand as well as Stabenow and Boozman.

It is fortunate that the cryptocurrency market does not pose the systemic threat that US subprime mortgage products did in 2008. We need a crypto Dodd-Frank act before it does.