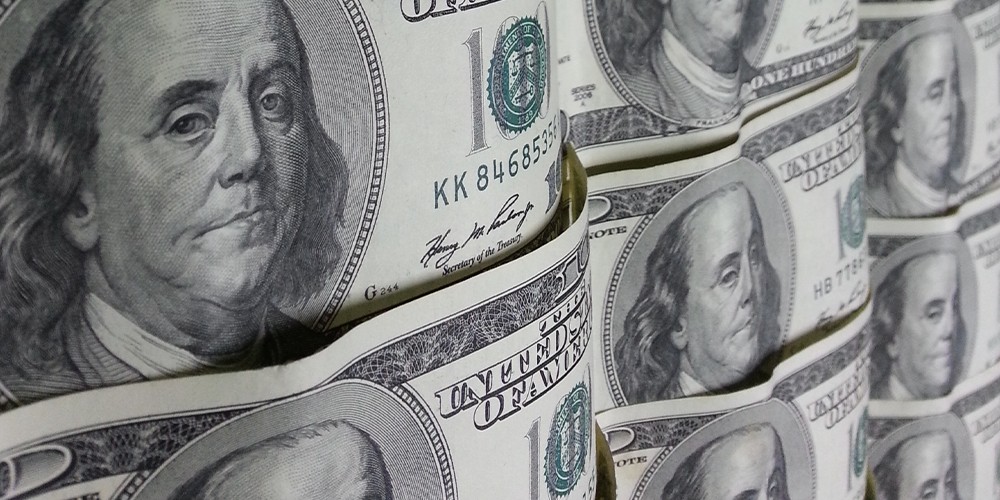 Warnings abound about a repeat of the 2008 financial crisis, which stemmed from reckless property market lending in the US.

This time the risks are different. If a crisis erupts it will be due to high national debt, primarily in the US, Japan and UK, as well as the liquidity pumped into the global system over the last decade.

Those three countries, along with many developing economies following their example, suffer from high and rising national debt. The US government’s net interest burden is just below 10% of the federal budget, and is forecast to rise to 12.9% within five years. If trends in Japan persist, interest payments will outstrip total tax revenue by 2041. The UK’s interest payments are nearly 4% of GDP.

The yield on the benchmark 10-year US treasury note is 1.8%. With an inflation rate at the same level, the real yield is zero. Willingness to stock more treasuries depends on the economic outlook, including inflation, confidence in central banks and governments and the alternatives to treasuries.

As governments are reluctant to raise taxes or cut spending on welfare, the only option left is for central banks to print money. This has produced the strange phenomenon of ‘free money’. Unfortunately, even with money available at little to no cost, lacklustre growth is holding the business sector back from borrowing to invest.

Banks are left with useless cash. If they wish to deposit money with a central bank, they must pay to do so. Burdened with too much cash, they cannot offer attractive interest rates to people and institutions depositing money. Squeezed between deposits with no remuneration and a lack of lending opportunities, banks lose their normal role as an intermediary between saver and investor, experiencing a worrying fall in earnings and solvency needed to survive if a crisis erupts.

Normally, such policies would lead to inflation, but consumer prices have been steady and in some instances falling. ‘Free money’ has, however, placed property prices, gold and new assets like bitcoin in an inflationary cycle. Traditional remuneration linked to economic activity has been replaced by the purchase of assets in the expectation of capital gains.

This explains stock markets’ astonishing performance. Rather than paying to deposit money in a bank, investors are flocking to stocks, driving prices up to record highs, out of tune with the real economy in the grip of low growth. These investors are mainly financial funds, looking to make a profit off stocks rather than run the companies in which they invest.

The lack of confidence in the system has popularised new assets linked to digitalisation. When bitcoin was introduced in 2009, it traded for nothing. It reached its highest price, $19,947, in December 2017. But by November 2019, it had fallen below $8,000, two months after its price dropped $1,000 in just 30 minutes.

Consequently, a new branch of monetary theory has flourished. According to ‘modern monetary theory’, debt does not matter and there are no limits to printing money to finance government deficits.

In a sound economy, the asset market is linked to the markets for goods and services. This allows investors to switch from goods and services to assets and vice versa. There is a certain equilibrium between asset prices and prices on goods and services, reflecting what market forces see as reasonable prices on assets that ultimately will be converted into consumption and investment. Investment in assets can be viable in the long run only if it is underpinned by production capacity for consumption. That is possible only if money and capital are not drained from productive investment into assets like gold and bitcoin.

The next crisis will materialise when investors realise that the two markets have disconnected. Asset prices will be seen as too high compared to the market for goods and services. Investors will rush to sell assets, wishing to purchase goods and services. Asset prices will plummet as there will be no demand for this surge in supply. Investors who borrowed easy money will go bankrupt and drag the economy down. Banks will be hit as investors will be unable to repay their loans.

This wouldn’t be the first crisis of its kind. In 1637, Dutch tulip mania saw bulbs of the fashionable flower reach extraordinarily high prices. As long as investors traded the bulbs among one another, the bubble was sustainable. But when some wanted to sell the bulbs and buy goods and services, it emerged that the combined purchasing power of the tulip bulbs by far outweighed the amount of goods and services available. The bubble burst – major economies appear to be facing the same brand of dangerous desynchronicity today.