How Norway can fulfil its COP26 sovereign fund promise 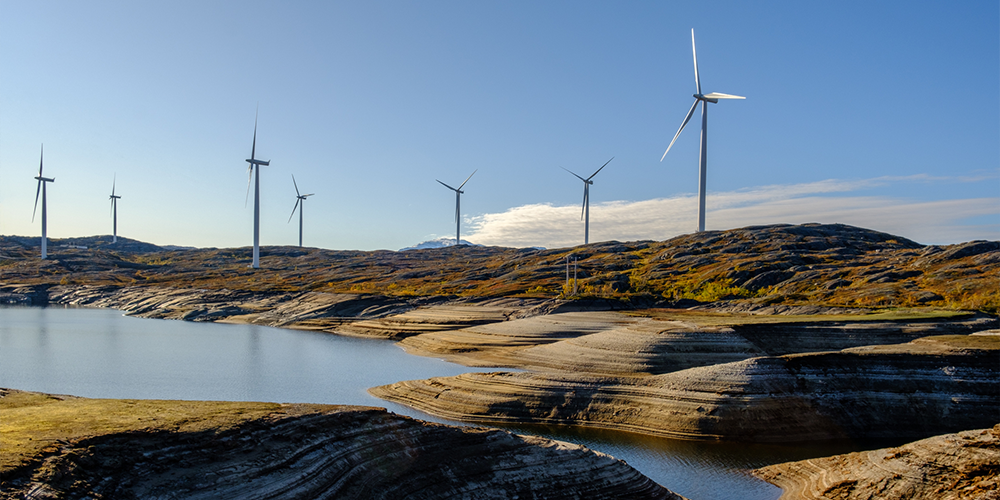 At COP26, Jonas Gahr Støre, Norway’s prime minister, committed the country’s $1.4tn sovereign fund, the world’s largest, to becoming the leading fund in the management of climate risk and responsible investment. In its recently published white paper on the fund, Norway’s ministry of finance endorses the first part of this commitment, on managing climate risk, but pays short shrift to the second, on becoming the leading fund in responsible investment.

Nonetheless, the ministry of finance white paper merely pledges Norway’s fund to supporting net zero emissions targets within its portfolio companies. This is a step forward. However, until there is an emissions target for the fund itself, at portfolio level, it is not a commitment. It is far from making the fund a leader in responsible investment and does not reflect Norway’s existing commitments under international agreements to cut climate emissions by 50%-55% by 2030.

Norges Bank Investment Management manages Norway’s fund close to index and the white paper argues that green indexes do not provide sufficient diversification for such a large investor. This is a challenge that NBIM shares with other managers of index-linked funds and index providers. According to analysis by think tank Universal Owner, index funds are the chief culprits in the financial sector’s failure to hit net zero targets. However, as the report states, the argument that asset managers can only use their active mandates to achieve net zero is going to result in inaction.

The ministry builds its argument on existing green indexes, which tend to use benchmarks based on companies’ past emissions. But investors and index providers should work towards more dynamic and forward-looking portfolio strategies and index compositions. Investors and index providers would then communicate their emission targets to companies, who would thus know which emission requirements or verified projections must be met in order to remain in the portfolio or index. In this way, emission-based competition for capital is created within each sector, as explained in a recently published research paper.

The ministry of finance can collaborate with index providers to set up a net zero benchmark index, initially for a share of the portfolio. Developing such an index for the fund and using the fund’s financial weight to drive global change in the way indexes are constructed can make the fund the leader in responsible investment that the prime minister advocated at COP26.

Membership in NZAOA can give the Government Pension Fund Global a strong framework for the work towards net zero climate emissions. Whereas the climate-related investor initiatives NBIM participates in are important and useful measures, such initiatives are not equal. Most are about emissions reporting or better management of climate risk for investors, which do not in themselves reduce emissions. As a reason to maintain the reference index unchanged, the white paper argues that Norway’s fund should not be turned into an instrument of climate policy. All of the NZAOA members, however, are commercial investors. As pension funds and insurance companies, none of them are instruments of climate policy.

In a recent letter, a number of the world’s leading economists advocate a zero emissions target for the GPFG at portfolio level. The petition, signed by, among others, the IMF’s chief economist during the financial crisis in 2008, three former World Bank chief economists and the former UN climate chief, recommends membership in the NZAOA. There are good reasons for this.

First, membership in the NZAOA requires commitment to the one-and-a-half degree target, which Norway has joined under the Paris agreement, with specific sub-targets every five years. Second, despite its size, the GPFG is only a small minority owner in all its companies. The opportunity for coordination with other members of NZAOA would significantly strengthen leverage with portfolio companies. Third, the opportunities for collaboration that the NZAOA offers would allow NBIM to draw on other members’ expertise reducing greenhouse gas emissions, in a number of sectors.

Adopting an index-based net zero portfolio strategy is also sound risk management. Greenhouse gas emissions will increasingly be subject to carbon taxation and regulation, which will affect companies’ financial results and market value. Furthermore, political and societal expectations are moving in favour of low carbon indices. By sticking to the status quo, the GPFG risks finding itself massively misplaced in markets, relative to such new expectations. Therefore, it can actually be less risky to become a leader in low carbon index development than to remain statically behind this trend.

Sovereign funds have fallen behind on net zero commitments and Norway could join New Zealand in setting an example. It will now be up to Norway’s parliament and prime minister to ensure that the commitment made at COP26 is fulfilled.