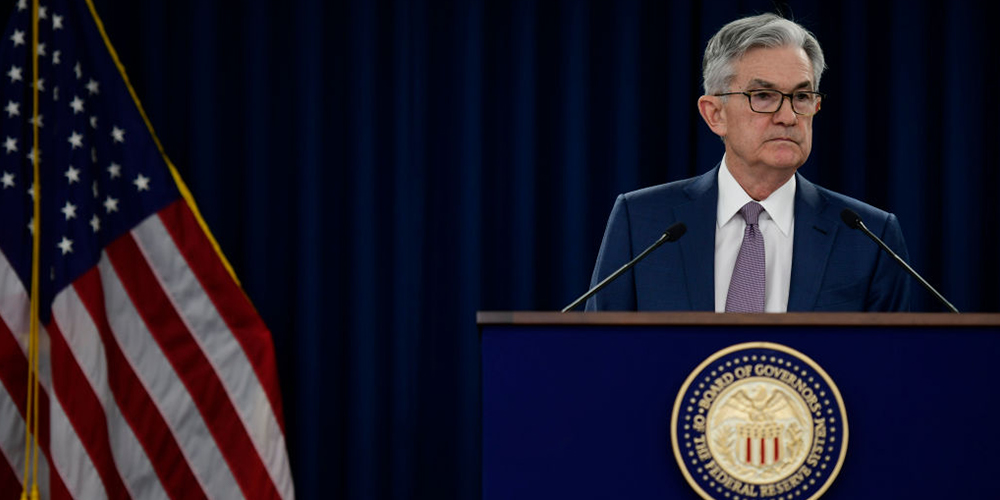 Justified or not, markets are known for obsessing about the next piece of information to provide trading direction. This year’s focus on Federal Reserve Chair Jay Powell’s Jackson Hole speech was no different. Meanwhile, even if there are sound reasons to see current price hikes as unlikely to persist, Powell delivered a decidedly dovish speech that gilded the transitory inflation lily.

First and foremost, many market participants and media members wrote obsessively for weeks that Powell could provide clarity on the path for Fed tapering of asset purchases. Such expectations fundamentally misread the situation.

The chair’s Jackson Hole speech usually offers a broader strategic reflection. But the current taper discussion is far more technical than strategic – when will it start; how fast will it proceed; how will Treasury and agency purchases be tapered? These more technical decisions are in the hands of the Federal Open Market Committee with the guidance of the New York Fed desk.

The taper decisions are data-dependent, based on FOMC member assessments of whether ‘substantial further progress’ towards reaching the dual mandate is being achieved. There is broad agreement that the US economy has reached that milestone on inflation, but not on maximum employment.

Putting to the side debates about inflation, the Covid-19 Delta variant has thrown a curveball into the economic picture. The outlook remains very solid, but how much of a risk and weakening factor the variant poses is hard to gauge at this point. Powell and many others understandably would like more time to assess the economic impact. Further, whether tapering starts in November/December of this year or January/February of next year will not materially alter the macroeconomic outlook.

It’s no secret that President Joe Biden’s administration wants to see continued strong accommodation and progress on labour markets, and has every reason to view current higher inflation as transitory. Powell certainly shares these leanings and has been outspoken in his passion to see strong labour markets, especially to help lower-income workers and African-Americans. Powell was crystal clear that taper discussions are divorced from those regarding rate hikes.

Powell’s cautious communication also undoubtedly is influenced by the fact that the last thing anybody at the Fed wants is a repeat of the 2013 Taper Tantrum.

Further, a decision on whether Powell will be renominated as Fed Chair is imminent. It would have made little sense to rock the boat on moving forward with taper pronouncements at this time.

Notwithstanding the market’s obsession with taper questions, Powell focused his Jackson Hole speech instead on the related debate over US inflation and whether the surge is ‘transitory’ or ‘persistent’. He decidedly argued the ‘dovish’ case. While there is a strong case for viewing the current surge as transitory, Powell overdid it.

There are so many ways to look at inflation – core versus headline, personal consumption expenditure, trimmed means, long-term expectations and breakevens, year over year, monthly annualised – that one can almost prove what one wishes. While Powell fairly pointed to trimmed measures, noted that used car prices were levelling off and observed that there was no indication of a wage/price spiral, he gave short shrift to other reasonable arguments that merit reflection.

The FOMC’s dot plots have woefully understated inflation this year. Even if inflation should be predominantly seen as transitory, that doesn’t help one understand when and if it will return to 2% or 3% percent and how that relates to flexible average inflation targeting. Supply chain problems and chip shortages may cause inflation, even if transitory, to persist for longer than thought. The speech didn’t acknowledge surging housing prices and how these may impact inflation over time, let alone other ‘sticky’ prices that adjust more slowly and with lags.

Powell’s focus on global disinflationary forces is critical, but here too the reasoning overlooked key factors. Current US-China tensions and thinly stretched global supply chains portend a move in the US towards reshoring, or at least moving production closer to home. One of the chief global disinflationary forces in past years was the China shock of the early 2000s. But major gains have been made in absorbing China’s rural labour force and the country’s overall cost structure now is much higher. Even other countries in Southeast Asia that have been recipients of significant foreign direct investment in recent years, such as Vietnam, are likely to lose some of their attractiveness as a production centre going forward. In short, it isn’t clear that global disinflation will persist, or at least as powerfully as in the past few decades.

Finally, some prominent economists have warned of more persistent inflation because aggregate demand will outstrip supply, with the unwinding of excess saving sustaining demand even as fiscal support wanes.

Even if not a major consideration in current monetary policy thinking, the financial stability risks emanating from the current highly accommodative monetary policy conditions might have merited a mention.

But markets are now looking for new trading direction. Jackson Hole has come and gone. Onto Friday’s employment report and the next FOMC meeting!